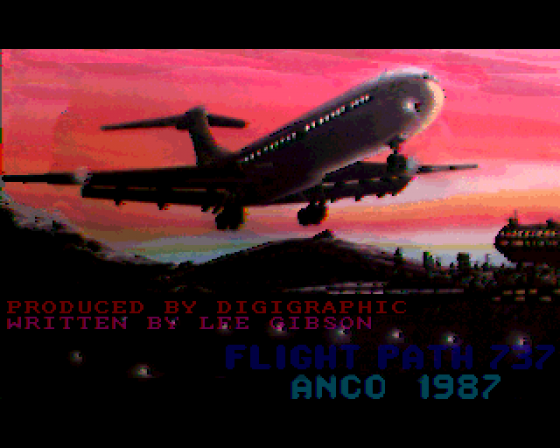 Blimey, this one's going back a bit. Originally released by Anco in 1987 (and on 8-bit before that), Flight Path is a flight sim. It's got quite a nice title screen. Um... and that's it.

I don't want to sound negative, but I'd never imagined, not in my worst nightmares, that an Amiga game could be this bad.

The graphics are... well, words fail me, but I'll try. Totally, utterly abysmally dreadful just doesn't begin to convey the awfulness of it all. Nope, I can't do it, the words simply haven't been invented yet. I'm sorry, but this game is so bad it's on a whole other plane of reality. If I never have to play it again it'll be four billion lifetimes too soon.

I can't tell you any more. I'm going to cry.

I'd never imagined, not in my worst nightmares, that an Amiga game could be this bad. At least the title screen's nice. 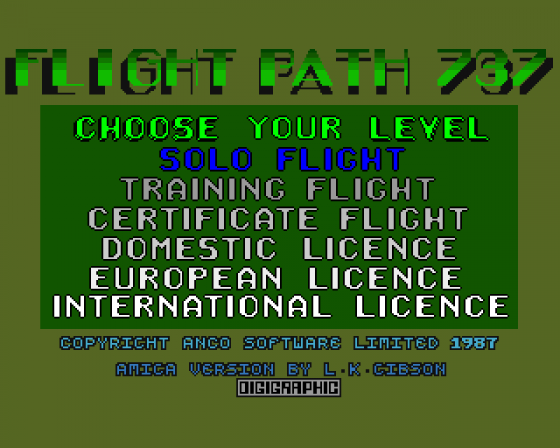 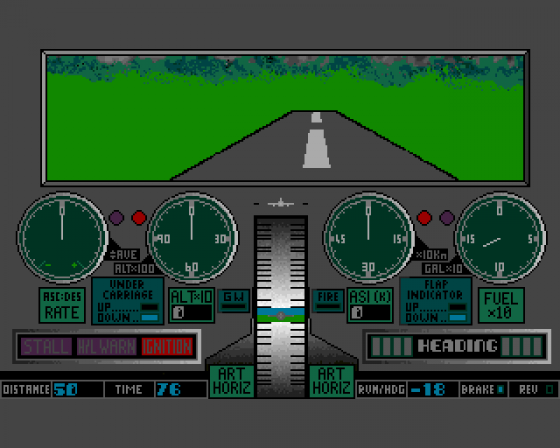 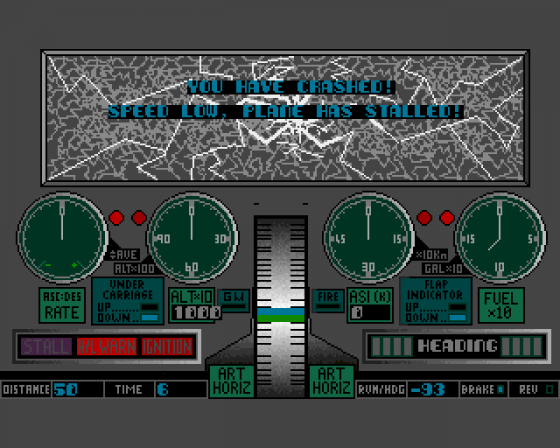