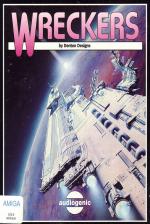 Interesting game design, but why spoil it with pointless cock-ups? 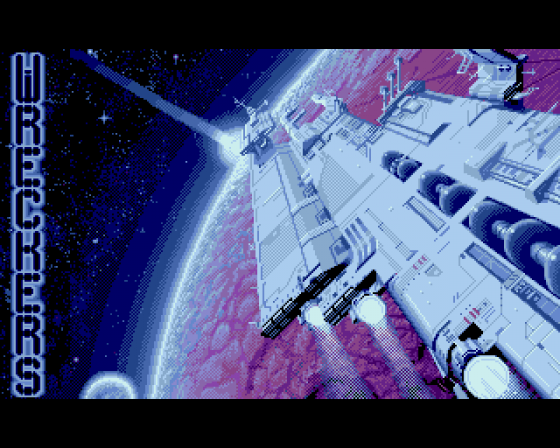 Programming team Denton Designs are one of the longest-lived crews currently working in the industry. They rose from the ashes of Imagine, one of the first major software houses, and have a string of acclaimed 8-bit hits behind them, including Gift From The Gods, Shadowfire, The Great Escape and Enigma Force, as well as When Time Stood Still, which marked their first foray into the world of 16-bit. That game was followed by the rather obscure Eco for Ocean and Millennium's Eye Of Horus, but since then Denton have lain rather low. Their return to the public eye is marked by Wreckers, an isometric-3D scrolling arcade adventure runaround type of thing set in a space station under attack from horrible green slimy monsters - an obvious relation to their similarly designed biggest hits like The Great Escape. It's nice to see that some things never change...

Denton have called in the experts for help with this game - Warren Cann from Ultravox provides the music and sound effects are in the hands of the well-known David Whittaker. It's a shame they didn't call on someone to do the animation while they were about it, as the characters move in that great glide-o-mation (TM) style that I thought we'd all seen the back of years ago (legs animated, but not bearing any relation to the character's actual movement). To be fair though, the graphics are otherwise good, with the glass-walled space station nicely-rendered and smoothly-scrolling. But I'm getting ahead of myself here.

The idea of the game is to repel an attack on your space station by acid-secreting green meanies. 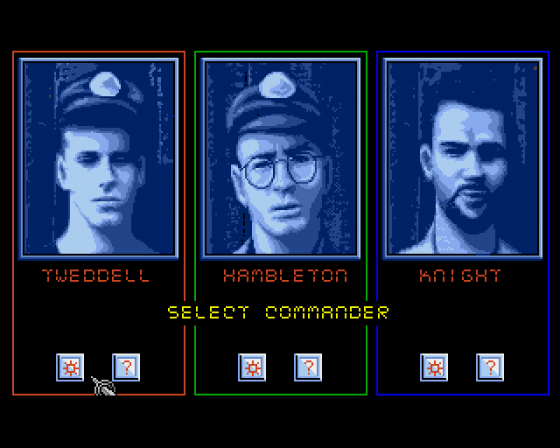 You do this by hoovering them up in a strange vacuum-cleaner attachment as they approach the station, by floating around in a space suit and zapping them as they eat through the walls, or by shooting them from inside as they roam around the place and multiply.

You have three officers to do the job with, and you can enlist the help of up to ten programmable droids. As well as destroying the invaders, you also have to keep all the essential systems of the station running - if the aliens destroy any of those, the station will self-destruct and you'll be done for. Plenty of stuff to do, then, but how much fun will you ahve doing it?

Not all that much, if my experience is anything to go by. Wreckers is a slick and stylish game, dragged into the mire of mediocrity by a whole slew of design flaws. Firstly, the diagonal controls are unnatural, uncomfortable and awkward on the joystick, and in the firefights with the bad guys you'll spend half your time running in completely the wrong direction. Secondly, the game is badly balanced. Nothing very much happens for ages, then you're suddenly overwhelmed by dozens of green slimies in ten seconds flat.

Thirdly, it's all been over-complicated by the addition of lots of unnecessary little extra bits which detract from the game's sense of focus. (The droid-programming, for example, is largely pointless and unexciting, is largely pointless and unexciting, and requires you to put in a lot of effort for results that you don't actually get to see, and are therefore intangible.)

Fourthly, there are several stupid and illogical game rules, the most aggravating of which is that when you go outside the station to zap some baddies, the game insists that you return through the same airlock you left from. It's incredibly annoying to be flying around, see a huge gang of space creeps inside the station right beside an airlock, and yet have to trek halfway round the station before you can get back in to go and blast them. There isn't really any sensible reason for this, and it smacks of bad planning, not to mention a lack of playtesting.

It's not all bad news for Wreckers though, as it does have a lot of atmosphere and a fair smattering of indisputably positive features. I particularly liked the way your officers are turned into strange zombie-like jelly monsters when they die, which then become particularly evil enemies, for instance. The action is fast and zappy throughout, and essentially there's a really good game in here. If only it wasn't buried beneath such a pointless mound of cock-ups.

Potentially a great game, drowned under a massive weight of totally unnecessary nitpicky details. Not bad, but nowhere near as good as it could have been.

Potentially a great game, drowned under a massive weight of totally unnecessary nitpicky details. Not bad, but nowhere near as good as it could have been. 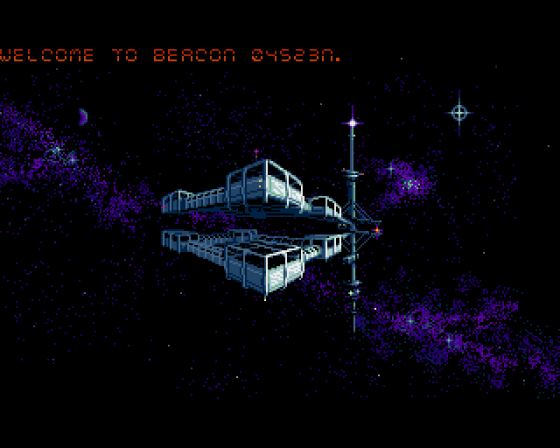 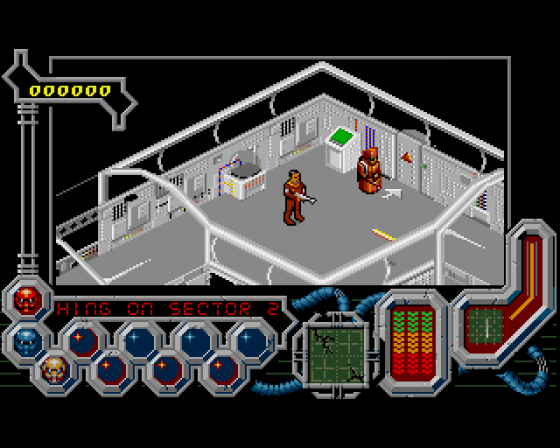 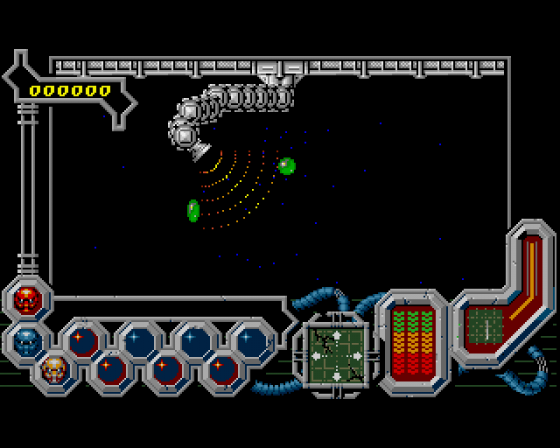 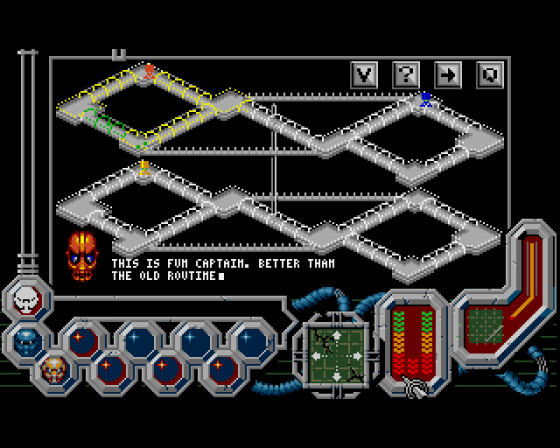 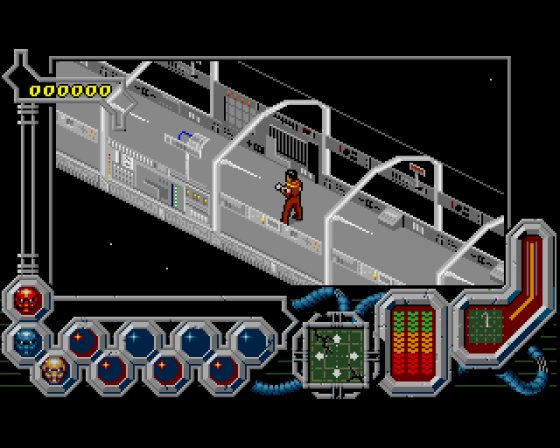 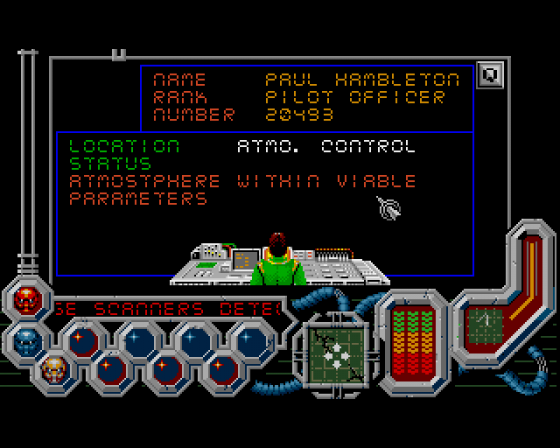 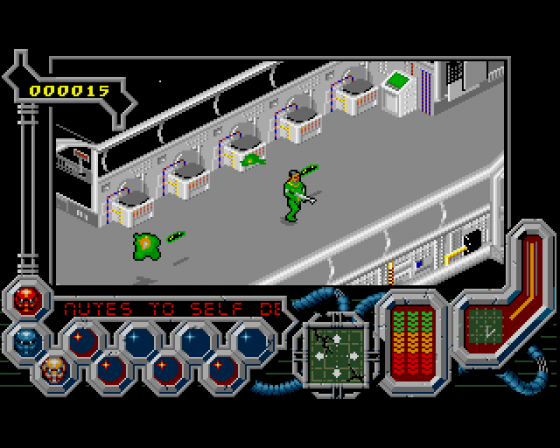