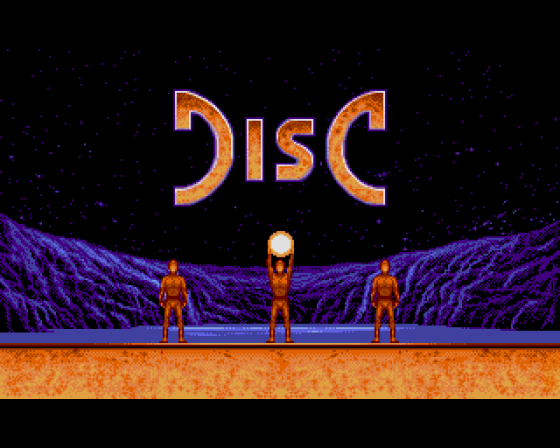 A simple enough game in itself, but Disc suffers heavily from what I have come to term as the 'Physics Question' syndrome. Imagine you're in an exam - you open up the question booklet and an unnerving confusion of numbers, diagrams and sentences grin up at you, whilst you gape down in complete bewilderment. But actually start, and hey, it's not as unforgivingly impossible as you first thought. In fact, five minutes later it's all become pretty simple...

Open up the instruction booklet to this game, then, and an unnerving confusion of numbers, diagrams and sentences grin up at you, whilst you gape down in complete bewilderment. But load up the game and - hey! - it really isn't as unforgivingly impossible as you thought.

What the instructions had made out to be the most complicated sport ever has turned out as nothing more than a game or, er, Frisbee. Admittedly, there's a bit more to it; you see things from a Pong-style view, and the idea is to remove as many blocks of floor and background behind your opponent as it takes to force him to fall into the deep recesses of space, before he does the same to you. 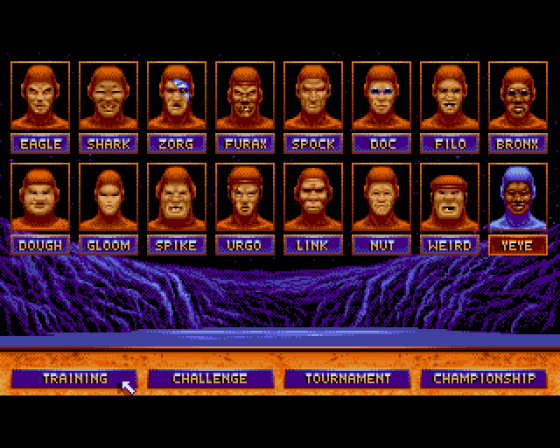 A few more rules exist with reference to bonuses, hits required to remove the blocks and who has possession of the Frisbee, whilst the decision to play against the computer, a friend or in a tournament must be made too.

It's a simple enough idea all in all, with few faults technically, yet for reasons that cannot be explained it is just no fun to play. Whereas Speedball took the already enjoyable aspects of a football or basketball game and twisted them into an interesting future sport, Disc has taken the crap idea of a Frisbee game (and the dated feel of a Pong) and twisted them into a hopeless one. Sad, really.

A boring old Pong/Frisbee/Discs Of Tron variant that doesn't pick you up by the squishies and shake you up and down (as any decent sports sim should). 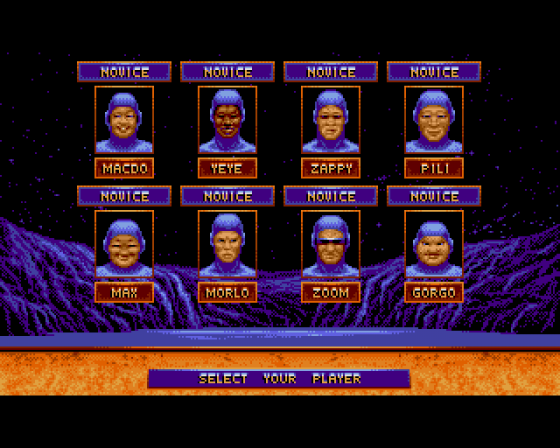 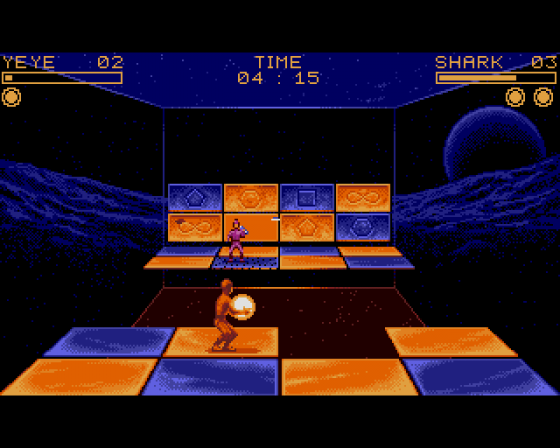 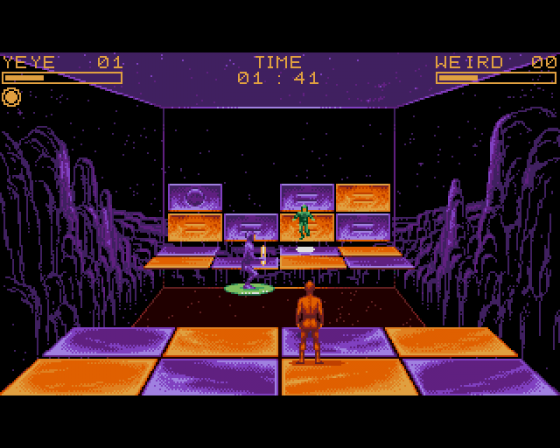 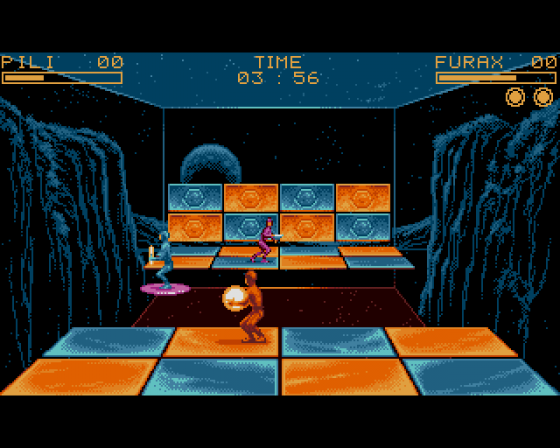