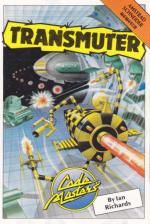 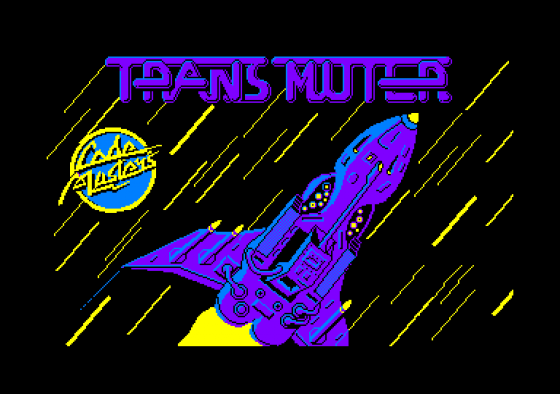 In the distant future, the sun is a red giant and man had to burrow deep into the heart of the planets core in order to survive. Deeper and deeper man delved and on the levels above machines were left to guard the tunnels. A huge ship was created and launched into space with what was left of the human race on board. Time passed and now you return to spring the trap, which your ancestors left behind to make it safe for unwary travellers.

Transmuter is a Nemesis variant with a horizontally scrolling landscape, along which you must fly your spaceship. Contact with any of the static or moving hazards loses a life and you have to return to the start of the level. If you complete a level a bonus screen appears on which you can boost your score. The next level then begins and things get steadily more difficult.

There is a slight variation with this game in that there is a row of icons across the bottom of the screen These are speed, double, bomb, laser add-on and shield. To move through the icons you must shoot as many aliens as possible. To select the icons you simply press the space bar. 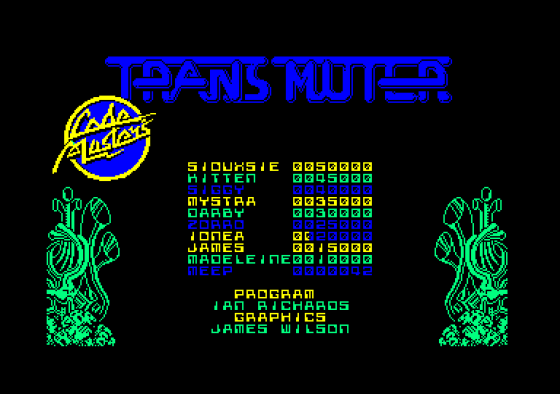 The graphics are some of the worst that I have seen on the Amstrad. The scrolling is jerky and use of colour is not brilliant. There are some nice tunes but the in game effects are lousy.

This is not up to the usual standards of Codemasters. I hope their next is better.

Call this scrolling? It s like watching a learner driver letting the clutch out - stop, go, stop, go. The gameplay is passable, except for annoying features like returning to the start when you die. This one deserves some sort of accolade for the scrolling, so a "Grave" it has to be. 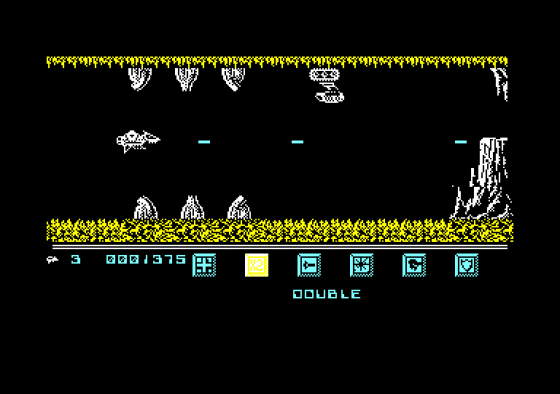 A clear view of everything.

Graphics 28%
N. The jerkiest scrolling we've ever seen
N. Poor use of colour.

Sonics 35%
N. The tunes are tolerable
N. Effects are terrible.

Staying Power 21%
N. Difficult game to complete.
N. Far too many frustrations in the game.

A badly executed game in all departments. Awful scrolling and far too many frustrations. 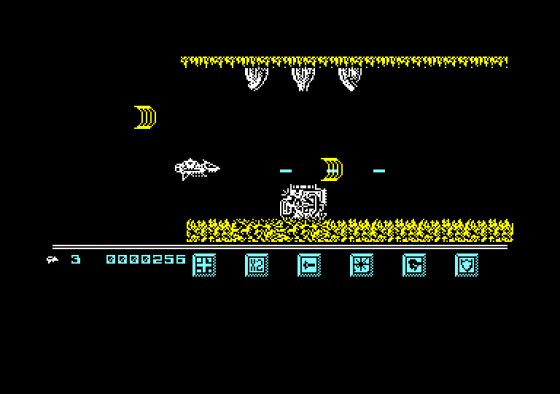