﻿ The Way Of The Tiger (Gremlin) Review | Amstrad Action - Everygamegoing 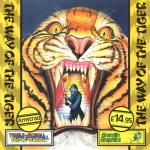 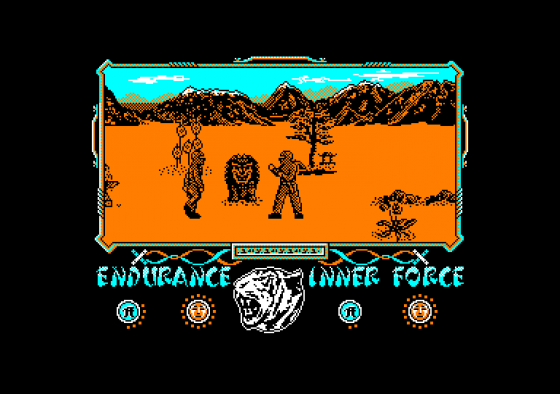 This is another in the long line of combat games where two opponents beat each other senseless. The difference with this one is that not only can you use your hands and feet, but there are sections where you fight with poles and swords as well. The action is a quest by a Ninja warrior against evil in which he will have to overcome massive odds.

The three different types of combat load in three sections and these can be tackled in practice form or strung together to make the whole game. The unarmed combat is the first of these and features the most impressive action. It's set on a scrolling backdrop of mountains with two other independently scrolling areas in the foreground. This technique has been called "trigeminal" scrolling and it creates an interesting perspective effect as the Ninja moves around.

The display will also move up and down as the combatants leap up and down, making the display a very attractive one indeed. The animation is also pretty special, every fighting move smoothly made. The kicks and punches slam home with satisfying effect as the opponent's head reels back, he doubles up or collapses to the floor. The aim is of course to destroy your opponent completely. 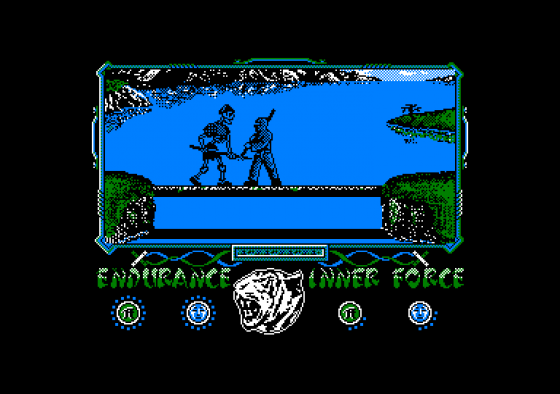 There are two dials that indicate endurance and inner force for each fighter. Endurance falls quickly with each blow received and as it falls it also gradually reduces the inner force. When this reaches zero, the character will keel over or simply break up into thin air. As soon as one of your opponents is vanquished though, another more fearsome one materialises to challenge.

Early opponents, such as the dagger-wielding goblin and the fellow Ninja, don't have much inner force and are easily beaten. But later opponents like the rhino-headed, armoured beast and the giant troll are much tougher. The troll is an enormous beast who makes the whole screen shake as he walks and packs a punch like Frank Bruno.

When playing, the whole game success against all the unarmed combat opponents will prompt the game to load the pole fighting. This takes place on a single screen but which is also well done. The fights take place on a log over a river and victory plunges the enemy into the water. There aren't so many battles here but it does feature a superbly animated skeleton. 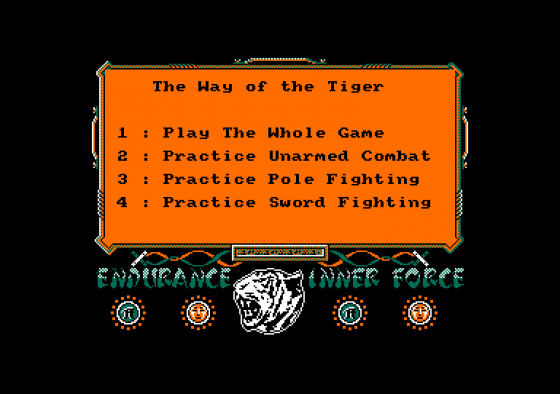 Completing the pole fighting takes you onto the final challenge, the sword fighting. This is against yet another detailed back-ground but has moving people and carts behind you and a bird who flies beautifully across screen. Here the fighting gets really tough though and defeating all the adversaries to complete the game will not be easy.

The scrolling, background graphics and animation are superb but where the game falls down slightly is on the gameplay. It is just combat action, which has been done before, and most opponents can be defeated by merely repeating a particular manoeuvre. There are about 10 actions possible but these don't change in essence in the three sections, so that there isn't a great deal of variety in the action.

This is the kind of game that grabs you immediately but doesn't have the power to keep its grip. Excellent graphics and animation, the only 'trigeminal' scrolling I've ever seen, and some nasty-looking opponents don't quite compensate for the slightly repetitive gameplay.

As one stage of a game, the combat would really be very good. As the entire game, it just doesn't have the lasting interest.

Looks quite good in mono - but then the foreground was only two colour anyway.

P. Trigeminal scrolling is lovely to watch.
P. Graphics and animation are excellent.
P. Opponents are varied and tough.

Excellent graphics and animation, 'trigeminal' scrolling and some nasty-looking opponents don't quite compensate for the slightly repetitive gameplay. 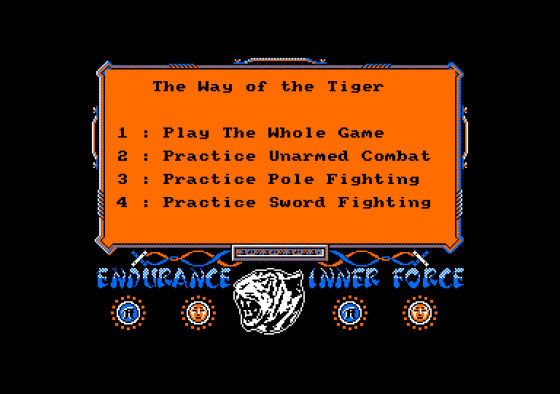 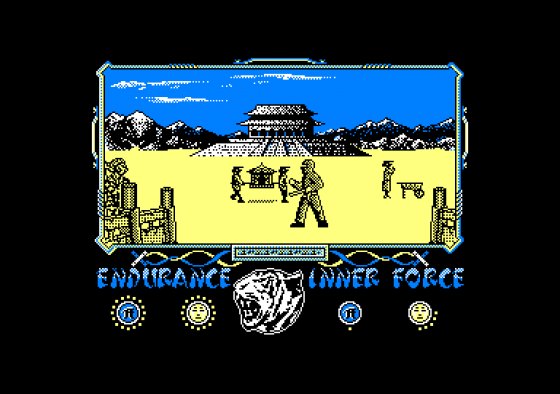