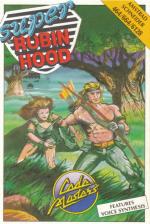 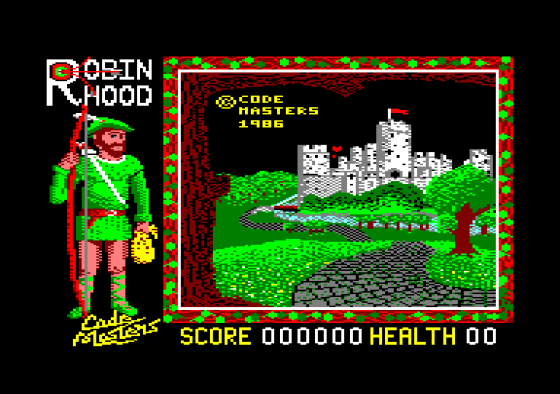 Code Masters is rapidly establishing itself as a strong threat to Mastertronic as king of the budgeteers. It hasn't been around long but its products so far have been of a high quality. "Super" is one of my least favourite adjectives (remember Reggie Perrin? Great! Super!), but the hero clad in Lincoln green lends it respectability by being a ...errr, super game.

The plot is familiar: the Sheriff of Nottingham has captured Maid Marian and you must rescue her from his castle. The game manifests itself as a platform type - with good graphics, great animation, some tough problems and excellent speech synthesis. Hidden around the castle are throbbing hearts which you have to collect before rescuing Maid Marian from the east tower.

Robin is delightfully animated, running around, climbing ladders, jumping, crouching and firing arrows. You've got a health gauge that suffers every time you are hit by the many dangers or fall too far. Dangers include creepy-crawlies that move along set patterns in the rooms and guards who will loose off arrows across the screen. If health reaches zero you collapse in a heap and, true to the legend, fire an arrow into the air, your mortal remains to be buried where it lands. 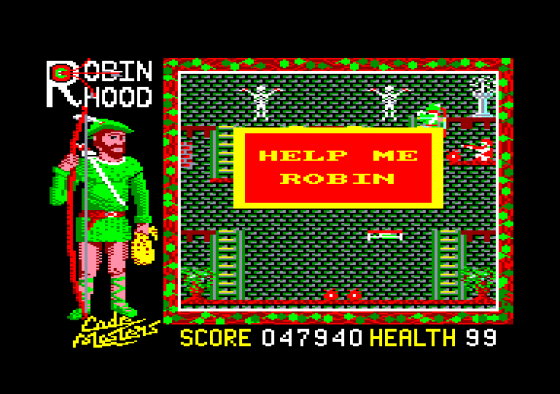 Apart from the hearts two other objects can help you along the way. Tablets replenish the health gauge and need to be used sparingly. Spinning keys are even more useful: once picked up they activate a mechanical device elsewhere in the castle. These are mostly lifts or sliding platforms that bridge a gap between two platforms, allowing you to explore the castle further.

One excellent feature of the game is the speech synthesis - it's very clear and varied. A fairly extensive vocabulary is shuffled around so that you won't get bored with Marian saying, "Help me, Robin!" when you pick up a heart because sometimes she says, "Save me, Robin!" Not earth-shattering, I grant you, but it's tremendous speech and in a budget game too.

Despite the pleasant background graphics you may find they clutter up the view. But the programmers, Philip and Andrew Oliver, have even allowed for this with an option to remove them. 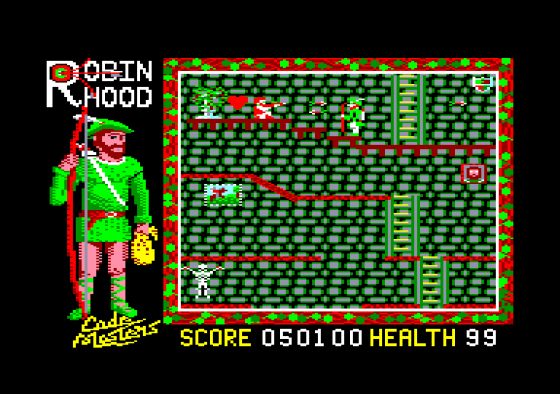 Super Robin Hood is an easy game to get into but with plenty of screens and hazards to keep you occupied. The catchy tune that plays throughout the action, the speech, animation and gameplay all go to make a very enjoyable game at a marvellous price.

Lots of lovely speech. Lots of loathsome characters (bar Robin and Maid Marian of course). Lots of labyrinthine rooms. Lots of lively gameplay. In fact, it's a lot of game for less than £2. 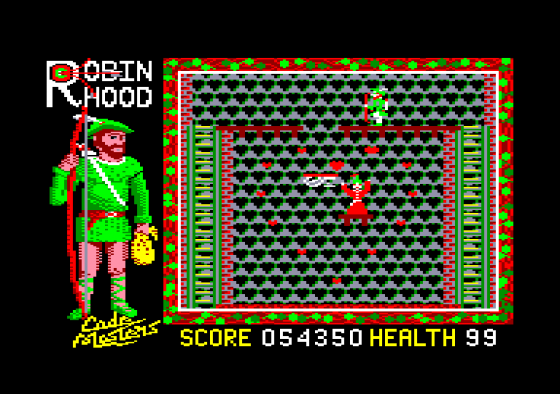 Staying Power 82%
P. Plenty of screens to get through.
P. Lacks variety in the problems.

The catchy tune that plays throughout the action, the speech, animation and gameplay all go to make a very enjoyable game at a marvellous price. 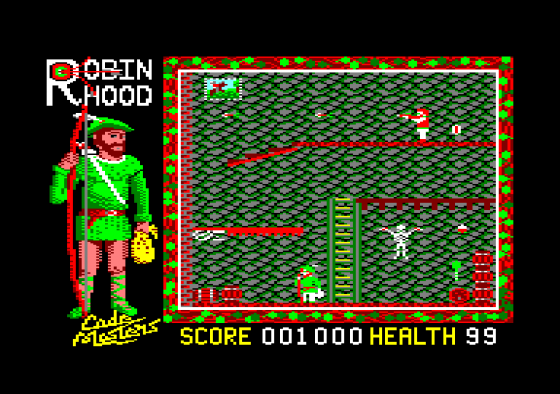