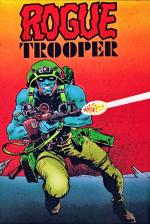 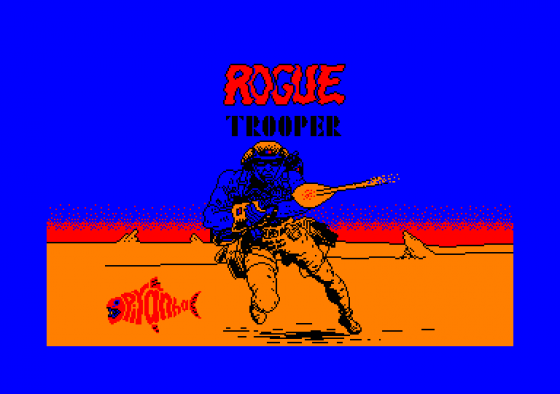 Yet another comic-book hero is immortalised in machine-code. This one comes from 2000 AD, where other great licensing characters like Judge Dredd and Strontium Dog reside. The game's been programmed by Design Design and has its unique graphic style.

Rogue is in a hostile alien environment where Norts wander around intent on putting holes in him. You have to guide him to find eight "vid-tapes" before taking off in a space-ship. The 3D graphics are very detailed and interesting and have nice, large moving characters. The landscape is split into several zones, each with its own distinctive graphics.

As you search for the tapes you can also find ammo for the gun and medical kits to heal your energy level. The Norts will shoot at you and if your energy reaches zero you're dead. It will take several shots to kill a Nort and many more to blow up the pillboxes that also appear.

The game map isn't very large and wraps round at the sides and the top. It won't take you long to explore it all and realise that collecting eight tapes isn't a very tall order. They are randomly placed but you've always got plenty of ammo and just have to take care with your energy levels. The three characters who are supposed to help you in the game - Helm, Gunnar and Bagman - aren't a lot of use, just passing comments as you perform actions.

It's a pleasant game for a while, but there just isn't enough of it.

You marvelled at the design work in 2000 AD. You were stunned at Rogue Trooper's inability to die. You will retch at the sight of this re-creation on your Amstrad's monitor. The graphics look as though they have been ported directly from another (lesser) computer, everything being black and white. The gameplay may be highly enjoyable: even the odd speech-bubble to add humour. But why leave it at that? This could have been a top-class game.

Black and white is... dark green and light green.

N. Too easy to complete.
N. You just walk around shooting.

In 2000AD, you were stunned at Rogue Trooper's inability to die... You'll retch at the sight of this re-creation on your Amstrad's monitor. 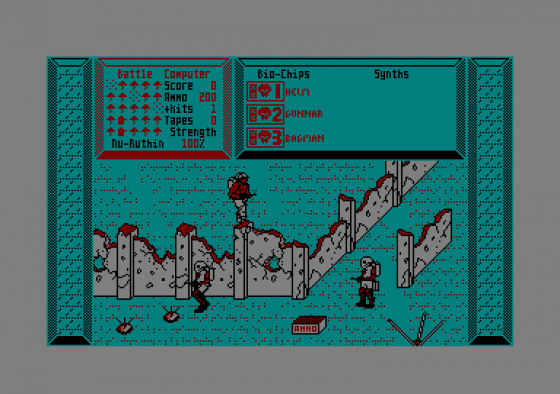