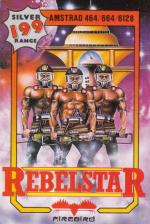 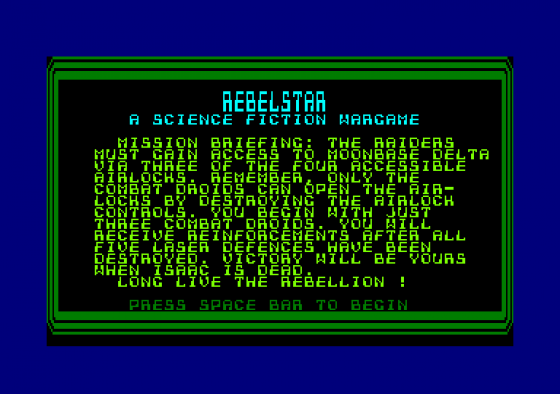 Strategy games don't usually attract a very big market, so it's surprising to see one on a budget label. I hope this move will give a good game the recognition it deserves and show game-players that there's a lot more to games than shoot-'em-ups and arcade adventures.

The game is a battle between two forces to gain control of a moonbase. One or two players can take part. In the one-player game you have to attack the base; in the two-player game the players control a force each. The one- and two-player versions are recorded on opposite sides of the tape and take very long to load - enough time to make a cup of tea, a sandwich and have a quick snooze, in fact.

The attacking force has to destroy the droids, and the defending force is composed mainly of droids and robots. If you're playing against the computer there are eight skill levels, but even on the first one you'll need a lot of work before you get anywhere against the defenders. On the eighth there are droids everywhere: you'll have to be a tactical genius and a bit lucky to get far. 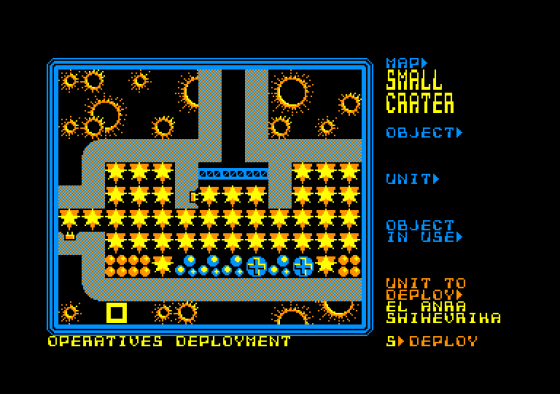 You view the base from above. Surprisingly for a 'strategy' game, it has excellent graphics, particularly due to the high detail and good use of colour. It's packed with objects, rooms and features, some of which are useful. The rooms make up a maze-like structure - this makes the game much more complicated and enjoyable as you try to fight your way around it.

The raiders first have to be deployed in airlocks that can only be opened by the combat droids, so don't get any of your personnel stuck. The human raiders come in two sons: three carrying powerful laser weapons and the others a less powerful laser. In the game each side takes a turn to move and shoot its fighters, so you need to make sure they aren't vulnerable when your turn ends.

Each individual has a number of action points that are used up by movement and firing - careful calculations are needed for getting behind cover or getting a shot away. If you can't get in range of an enemy but it looks as if he will come into view during his turn, then you can set 'opportunity fire', so that you automatically shoot during the other player's turn when something crosses the line of fire. 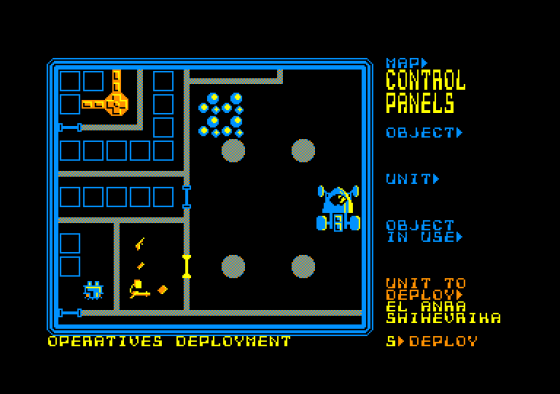 The fighters have a detailed rundown on their status, in terms of both health and weaponry. There are also objects they can carry - apart from weapons - like keys, medi-probes and coffee tokens to fit dispensers. Getting, dropping and using objects also uses up action points but adds another aspect to the game.

When you get down to the nitty-gritty of fighting there are some excellent laserbolt effects and explosions. Shots vary in their accuracy, but hits on a target will wound it and rapidly kill it, particularly at close range. Some units under fire will panic and may not fight, but that situation may change in a following turn.

You can explore the base during your turn by using a cursor. Place it over objects and it will show what they are. If this exploration doesn't give you enough of an overall view you can call up a map of the whole complex that just shows wails and the two opposing forces.

The game ends either when the raiders are wiped out or when they succeed in destroying the Isaac computer.

It's very unusual to see such a classy strategy game on a budget label. But don't let the 'strategy' label put you off, because this is a very absorbing game with plenty of action that will really test your abilities.

Astounding! This is quite definitely the best strategy game I have come across on the CPCs. It must be, for I rarely treat myself to such games. Just looking at the graphics and listening to the sound-effects was enough to convince me. However, it only starts there: you'll be glued to your seat until either you or your opponent has been wiped out.

Just as clear in green.

Grab Factor 76%
P. Easier than many such games to get into.
N. Still may not appeal to all players.

Astounding! This is quite definitely the best strategy game I have come across. 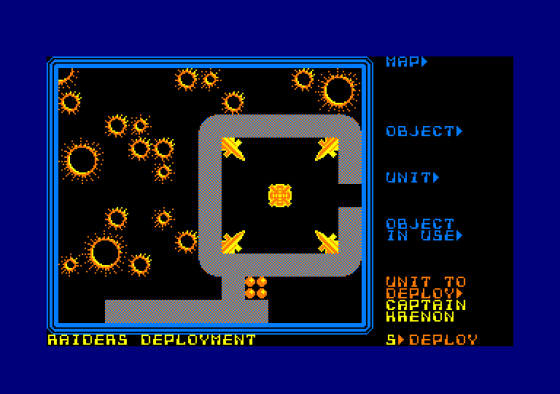