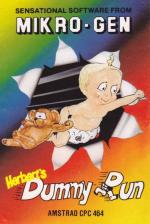 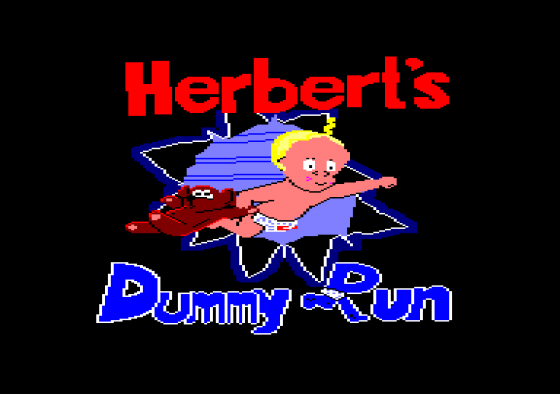 The long-running Wally saga continues with his little brat Herbert lost in a big, nasty department store full of hostile goods. Herbie has to find his parents in the 'lost and found' department and reunite himself with them.

The game follows the same pattern as the previous Wally games with young Herbie having to use objects to complete tasks. The tasks form a chain of events so that an object obtained by completing one task will make another one available to you. The thing is, it's up to you to decide which objects do what and how. 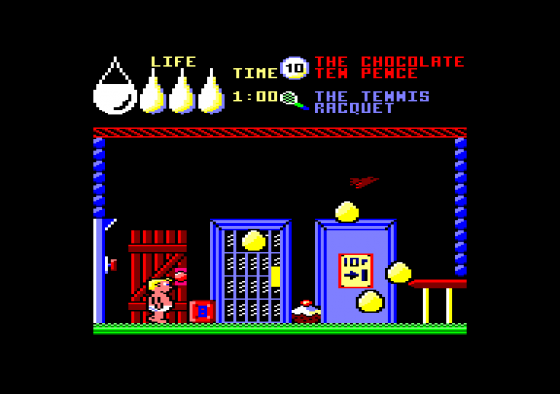 Herbert carries two objects at a time which are swapped with others by just passing through them. His 'lives' are in the form of teardrops which gradually fill with water if he touches moving nasties until they overflow and a cloudburst of tears descend on his head. Herbie's sensitive disposition can be soothed by various goodies and food that will reduce his flood of tears.

Most screens are full of dangers for Herbert. They come in many different forms like tanks, tennis balls and jumbo jets but are usually fast moving and bounce all over the screen or shuttle up and down the floor. Herbert makes his way around by walking and jumping, and can use stairs and the lift to get between floors. If he tries to use the lift when it isn't on his floor though he's in for a long drop through dangerous territory.

In great Mikro-Gen style, there are two screens which double as arcade games, one in which you have to play a faultless game of Breakout, to obtain an object and the other a game of Space Invaders against a constant stream of blasting daleks. These are great fun in themselves and may well sidetrack you from the main game task.

Herbert's progress is measured in jelly beans and when the poor little toddler finally breaks down in an endless flood of tears the number he's earned is revealed - the more the better. They are awarded for just getting about the place and for completing tasks, indicating how much of the game has been completed.

The graphics are every bit as good as Everyone's A Wally and even more colourful, while the gameplay and tasks the face you are just as absorbing as EAW and Pyjamarama.

N. Very similar to EAW and Pyjamarama. N. You can die very quickly from a careless move.

Wally and Wilma have the sort of child that social workers despair of but games designers adore. Herbert's come up trumps in this game, although the stunning graphics do rather overshadow other aspects of the game. This though is still pretty enjoyable and by no means easy. The game interludes are jolly fun and provide some much-needed respite from the adventure tasks. 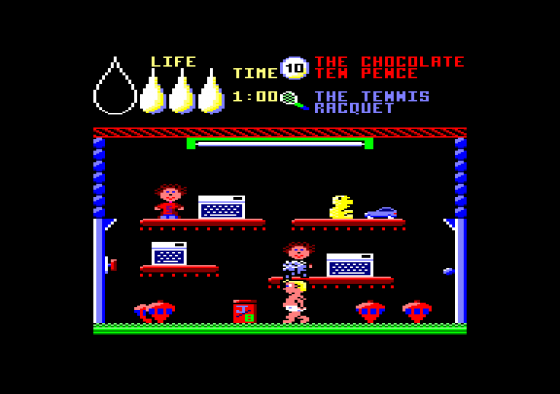 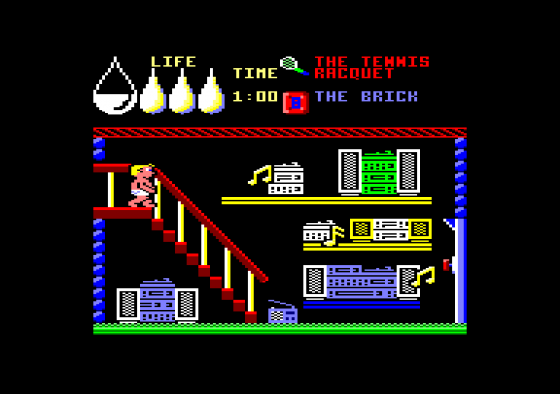