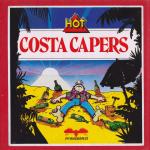 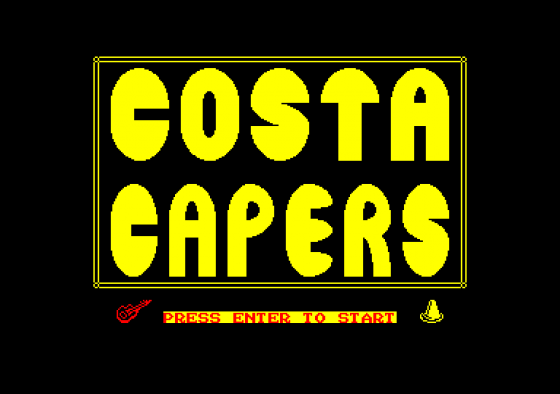 If the star of Costa Capers, Ted Blewitt, looks familiar it's because the authors were also responsible for the Hewson game Technician Ted. He hasn't changed much under his new allegiance; he's got the same animation and ear-aching sound effects in a new arcade adventure.

Here Ted is going on holiday but all his luggage has been lost. You guessed - he has to retrieve it. Then he has to take snapshots of all the locations and develop them to show his mates. First he has to find a camera and then take pictures of all 36 screens. Getting into all 36 is the hard part since many puzzles and tasks have to be done in order to allow access to particular screens.

The screens are made up of some very small objects and fine detail. Unfortunately this all looks rather plain and uninteresting, with some pretty odd colour choices. The animation on Ted and some of the other characters is excellent but again is rather too small to be appreciated properly. Some of these characters, particularly blocks marked "lift", can help you on your way by providing platforms to walk or jump on but many are deadly to touch. 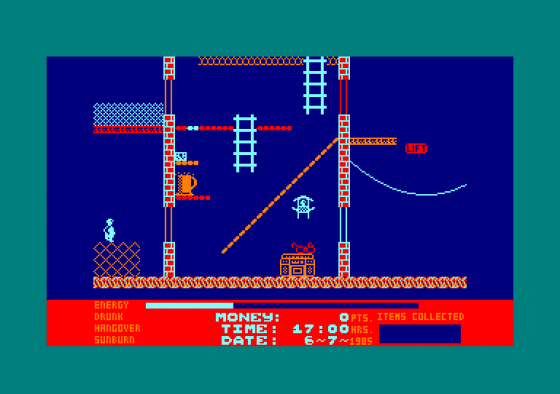 Ted can walk around or jump in great long arcs and by using platforms, ladders and objects he can get under, over or through most obstacles. Carrying particular objects will make doors, floors and nasties appear or disappear and most of these have to be found by trial and error rather than by any intellectual means. Two things you do need of course are the camera for taking pictures and money to buy all the other objects.

Some objects do have an unfortunate effect on Ted though. Too many cans of lager and glasses of wine will make him drunk, which starts to mess with the controls. Once's he's recovered from that, the hangover will set in and if it's bad enough he'll start doing his Chariots of Fire impression, moving very slowly indeed. Too much exposure to the sun also causes problems by getting him sunburnt.

These factors are important because of the twin time factors Ted is up against. Firstly he has to complete his task before August 10th (game starts in early July) and secondly before his energy runs out. Energy is depleted by collisions with nasties and long falls. This last factor is what causes the game's greatest fault. 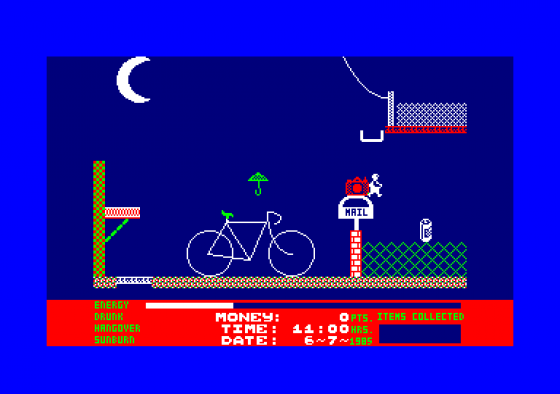 Sometimes when walking or jumping off a screen Ted goes straight into a fatal fall. He is then returned to the start of that screen where he repeats the fall in an infinite loop until the energy runs out. This is absolutely infuriating since there is no way out of it and one slip could ruin a long tough game.

The one-channel tune and jumping sound effect are guaranteed to irritate, as is the infinite death loop (imagine one of those combined with an infinite life poke!). The character and task aren't desperately original although they will provide plenty of challenge. Rather disappointing in many areas - perhaps it should have been a budget game instead.

Costa Capers is too similar to Technician Ted for my taste. Reasonably tough arcade game - but it's a shame about the graphics. Not to mention those nauseating sound effects.

Very dull, very tired and vastly overpriced. The problems may be tough, but I can't see anyone putting up with the graphics long enough.

Not too bad - after all, the colour isn't a major feature. 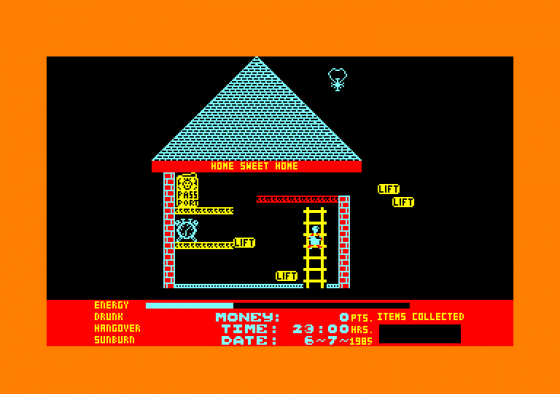