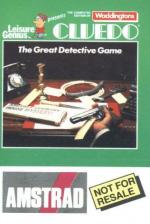 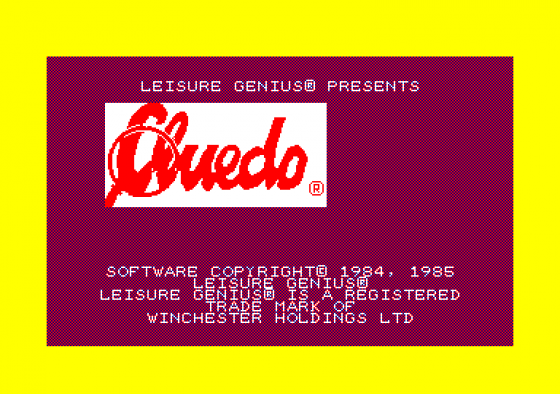 Whodunnit? To find out, you'll have to play Cluedo, Leisure Genius's latest board-to-computer conversion. As just about everyone in the country must know, Cluedo is a game for up to six players in which the winner is the one who, by a combination of skill and deduction, discovers the culprit, victim and the object used in a foul murder.

The player does this by making a series of 'suggestions' e.g. 'I suggest that Bob Wade murdered Pete Connor with the Joystick in the Dark Room.' If any of the other players have the cards relating to those things, then they must say so. In this way you can eliminate a number of possibilities and deduce which cards have been set aside as the murder cards.

Computer Cluedo works in the same way. Up to six people can play, or the computer can play up to five of the roles. Graphically, the game does not stun you with its brilliance. Each character is represented by a picture in the top right corner. Unfortunately, they consist of crude heads with red blobs on their cheeks and really cannot be said to exploit the Amstrad's graphics potential. Tudor Close, the country house where the whole business takes place, is represented either by a ground plan, or by a small picture of a room when an accusation is made.

Sound consists of a tune per character - Colonel Bogey for Colonel Mustard, Onward Christian Soldiers for Rev. Green. Otherwise there is little of note, except the curious comment in the instructions that 'The program does appear to pause while producing sounds'. Either it does pause, or it doesn't.

Cluedo may not be the classiest program ever written. But it hardly seems to matter. You'll buy it if you want to play the hugely successful game on your Amstrad, and you'll be able to play a proper game even if there are no other humans around.

It's a pretty good implementation of the board game - good news for all fans. However, that does leave a lot to be desired if you don't like the board game. It saves all that grubbing around with paper and pencils but still needs to be played as a multi-player game to get the best out of it.

The use of colour is a bit poor, but otherwise the game translates very well. As usual, if you didn't like the board game, you probably won't like this either - and even if you did, the little tunes are infuriating. Whodunnit fans will just have to turn the sound down, I suppose.

Pretty good - all that's missing are the red blobs on the characters' cheeks.

P. No need for other humans.

Cluedo may not be the classiest program ever written but there's no need for other humans, and you'll buy it if you want to play the hugely successful game on your Amstrad. 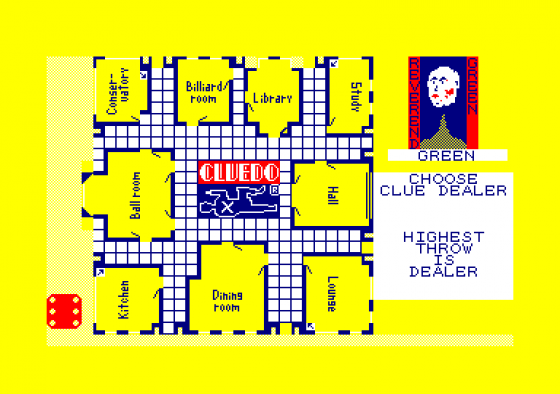