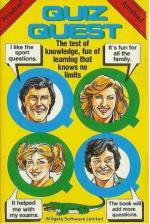 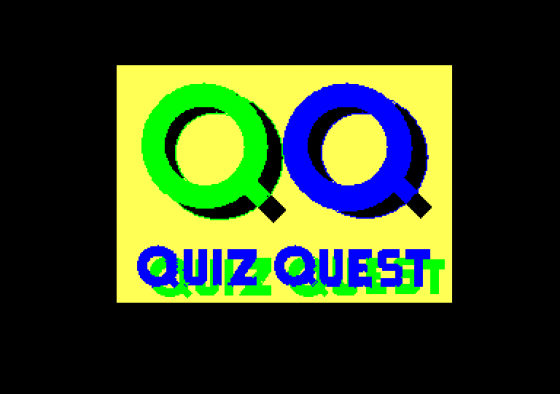 There's nothing like a good quiz program to keep you occupied when the telly breaks down at Christmas. This program supplies the goods in terms of volume of questions but falls down a little in presentation.

The game is based on the Waddington game Quiz Cards, which may explain the curious system it uses. The multiple-choice questions - you get a choice of three possible answers - are presented in sets of eight. If you don't answer them all correctly you have to go to another set of eight before returning to the questions you got wrong before. Of course, you may make a mistake in the new set, in which case you have to go to another set, before...

Since there are only three alternative answers to any question you will eventually get them right, but this process seems to be unnecessarily tedious. It's made worse by the fact that you're not told an answer is wrong at the time you make it - so there's none of the jubilation or misery you might feel if you knew how you'd done. 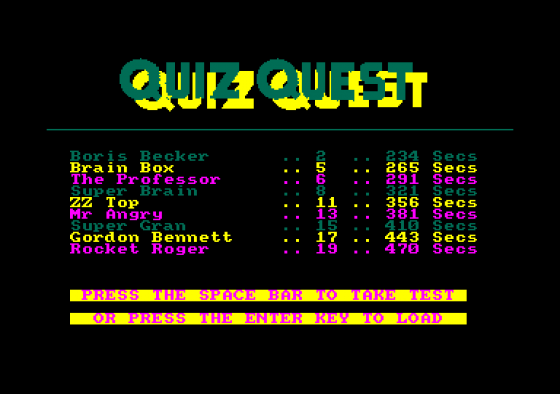 The screen display is nothing to write home about: a collection of boxes changing colour which seem to have little to do with the game. Answers are entered by pressing fire or space bar when the cursor is on the one you want. Multiple choice has the advantage of doing away with annoying spelling errors - though the program does ask you about a planet called 'Uarnus' - but does mean you've get more than a reasonable chance of guessing the answer.

The questions themselves - and let's face it, this is the important bit - are spread over categories including Sport, TV, General Knowledge and Pop. The cassette inlay claims over 200 questions per category, and I wouldn't dispute that. The same questions, though, will recur quite frequently in different sets.

You'll find some pretty easy but many fiendishly difficult. What's the average life span of a goose? Even after you've got it by a process of elimination you're not likely to remember for very long.

A bonus is the Preparation file which allows you to make up around 200 of your own questions. A lot of scope there for the unscrupulous. For another £4.99, Alligata will provide a second tape with over 2,000 questions on ten different topics. That should keep you going for a bit.

I can't say I found this game very stimulating because it misses the point of quizzes by not letting you play in a group and not telling you where you got it right or wrong. Group participation would be much more fun - where's the satisfaction in beating a machine at multiple choice questions? The questions themselves seem well put together and pretty tough too, but a bit more thought on the gameplay side could have improved things a lot.

The questions seem well put together and pretty tough too, but a bit more thought on the gameplay side could have improved things a lot. 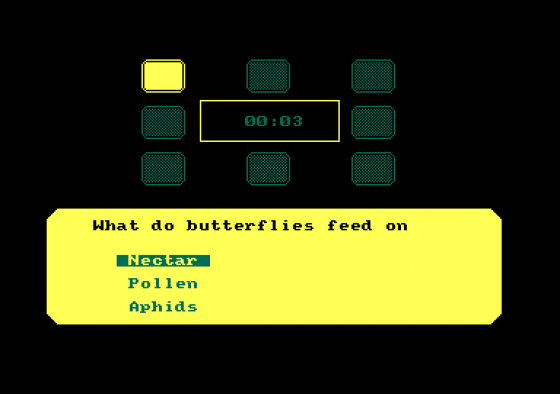 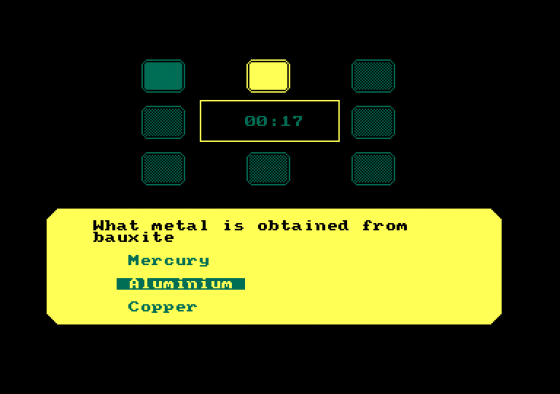