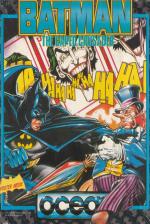 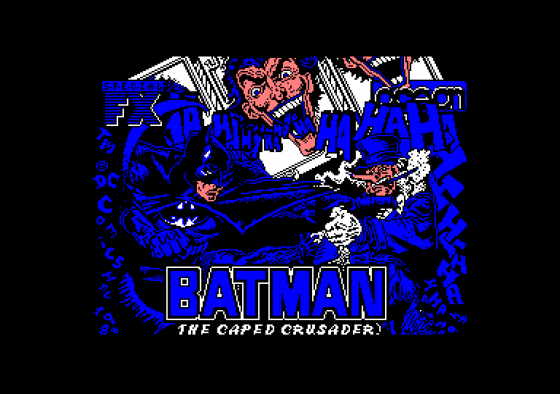 Batman and Robin are about to make a comeback in a movie and, not surprisingly, there's also a computer game. Batman's arch-enemies Penguin and The Joker have returned to Gotham City to carry out their devilish plans for world domination or to get even with the cream cake eater... erm, caped crusader and his red breasted friend. This is not the first time that Batman's reared his ugly head (pointy ears) on the CPC: he starred in a game that came out almost three years (AA 8, 93%) which went by the extraordinarily original title of Batman.

There are two stories for the dynamic mono (Robin has disappeared) to go through: 'A Bird in the Hand' (leaves little messages on your palm) and 'A Fete Worse than Death'. Penguin is the enemy in the former and The Joker in the latter. P-p-p-pen-guin plans to rule the world with his mechanical chocolate bars salesmen and the Joker has captured Robin and locked him away somewhere in harm's way.

Lying around (and under) Gotham City you'll find an assortment of objects that you can collect and use to defeat the hoodlums sent to stop you by the arch villains. You can kick and punch away at the villains or let-'em-'ave-it with your Batarang (like an orangutang only it doesn't say oook). 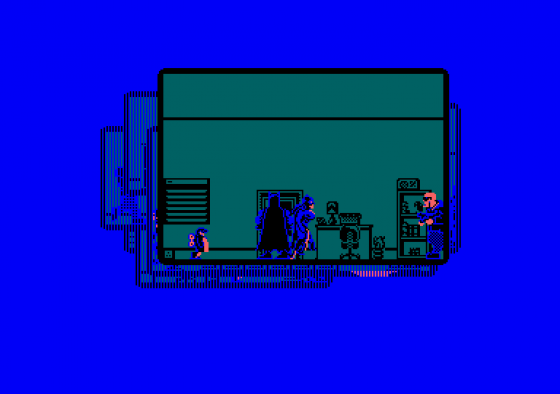 Through both games you yet a batty little tune which can be turned off [fortunately - Ed] and there's another tune which sounds vaguely Spiderman-ish on the utility screen. Sound effects are rather simple. The graphics are large, detailed and colourful.

An excellent game that should keep Batman fans and arcade adventurers busy for many hours. Two adventures for the price of one, even if they are very similar in style of play. 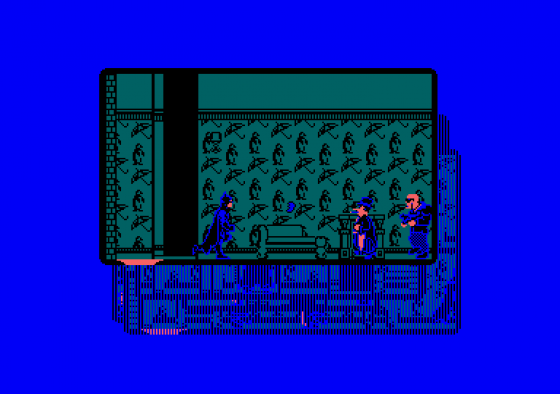 Bam! Kerpow! Holy CPC, Batman, this is a cracking good game and no mistake. There's no real reason why a licence has to be good (except, usually, as a licence to print money), but this is. Buy it!

Sonics 71%
P. Continuous tunes in both games.
N. You can turn them off too!

Grab Factor 77%
P. Plenty of object-related puzzles...
N. A map is essential to complete it.

Staying Power 73%
P. Two games for the price of one.
N. Once you've complete them though....

Overall 74%
Batman's back in business!

Bam! Kerpow! Holy CPC, Batman, this is a cracking good game and no mistake. 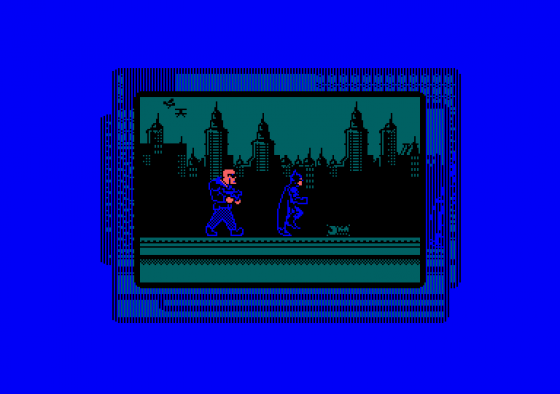 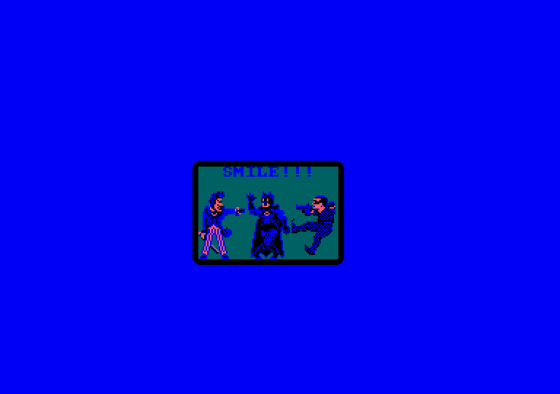 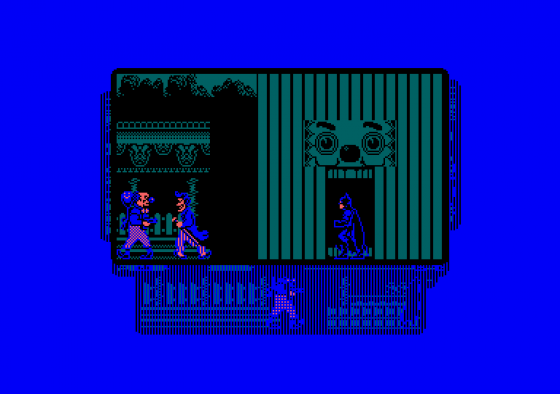