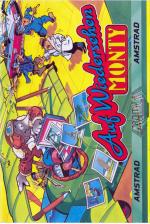 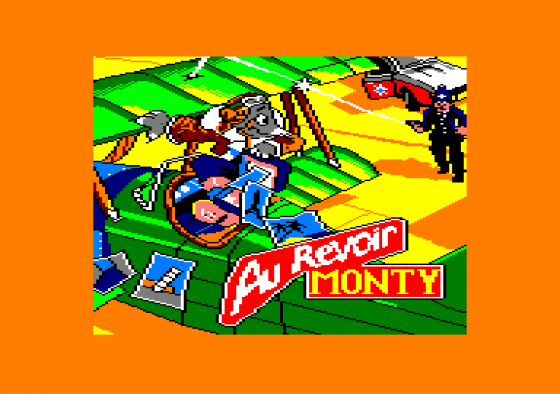 Some might be pleased to hear the title, others might not. That's why I was given this game to review, because I have not played any of the previous Monty chapters and cannot be biased by them.

Platforms, ladders, jump-pads, nasties, objects, missions, air-to-air combat, are all here in the last of the Monty line.

Monty must run for his life across Europe by whatever means he can. He must find enough money to buy the lost island of Montos. He can fly from country to country by finding airplane tickets. 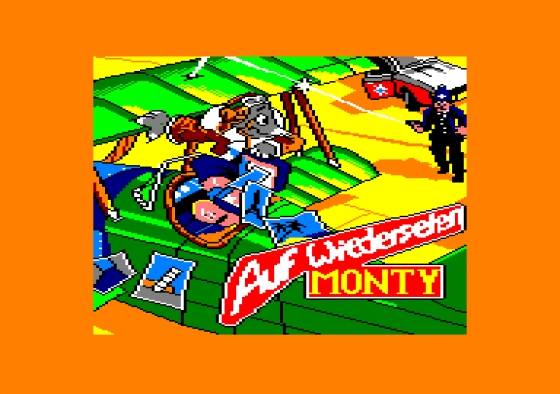 There are different quests he can complete on his way to his extradition-free island. For instance, the inlay suggests gaining a few francs by fencing the Mona Lisa or by tempting German wine connoisseurs with a bottle of France's finest Chateau Blanc.

The scene is mainly rocky caverns with platforms and ladders. Certain parts of the platforms are jump-pads. On these, Monty will start to jump as if on a trampoline and will not stop until he reaches another platform, or until he has jumped as high as he can. Money is in the form of Eurocheques, green or golden. Air tickets are denoted by a plane on them. Dotted around the complex twist of caves, are bottles, perchance left by British holidaymakers in search of Watney's Red Barrel. These bottles cause some weird effects, mostly making our mate Monty a bit drunk. He moves in weird and wonderful ways.

Indescribable thingies shaped like boxes or pies or London Underground signs appear on some screens. They let you fly off if you press the "fly" button when on them. The cavern backdrop is replaced by clearish blue skies, with the odd cloud. Other planes greet you, one at a time, and you can destroy them by nibbling their tails. The most annoying aspect of flight is lack of warning when you land. Flying from the first location to the Eiffel Tower will lose you a life as soon as you land. The only way I found to overcome this is to possess more than one airplane ticket before leaving the first location and to keep a finger on the Fly button throughout the flight. This causes immediate departure on another flight as soon as you land at the Eiffel Tower. This does seem to defeat the object, but - another query of mine - what is the point of being able to fly, when you can travel to the Eiffel Tower easily enough through the caverns? 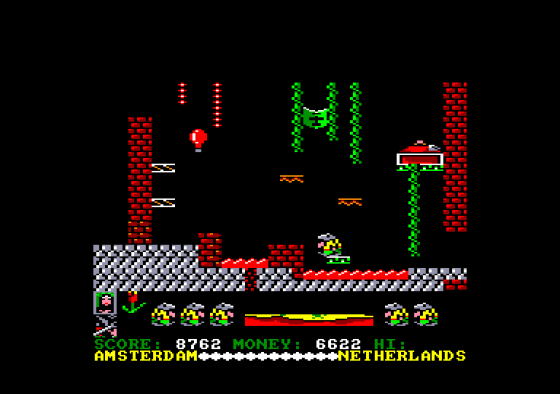 The music is nice, with two Monties at the top doing a mean dance.

I started off really liking this game. I wore the complimentary badge with pride. I played it every night for at least two hours! Suddenly, uggh! I realised I had become addicted to a boring game. Sounds complicated, don't it? Well, I rang Monty Anonymous and they reminded me it is the last one. That made me feel much better. 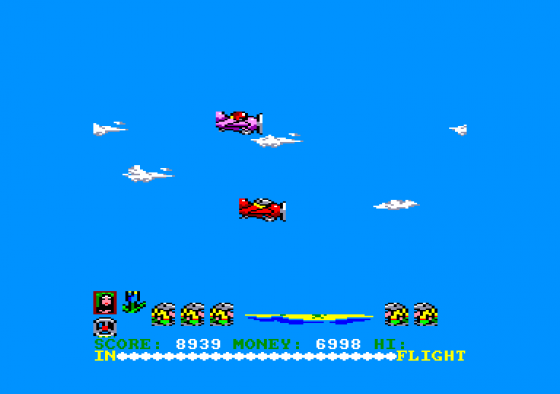 I got tired of platform games a long time ago. but I must confess that I've a soft spot for Monty. It won't win any prizes for originality, even with new features like flying, but if you liked Monty On The Run, you should like this. I think Monty will be missed but the platform game won't be. RIP, both of them.

Staying Power 67%
P. Not as extensive a playing area as first thought.
N. Flight is an unnecessary perk.

Overall 71%
The last of a popular line.

The last of a popular line which won't win any prizes for originality... Flight is an unnecessary perk. 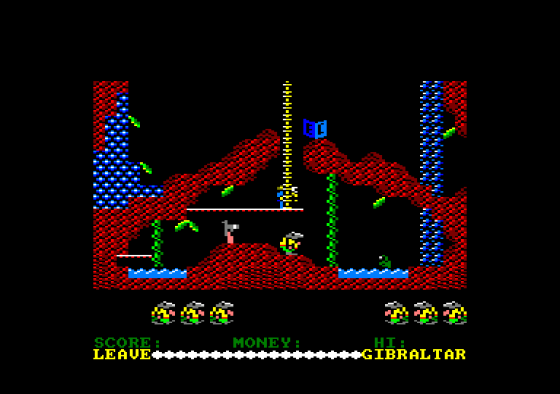 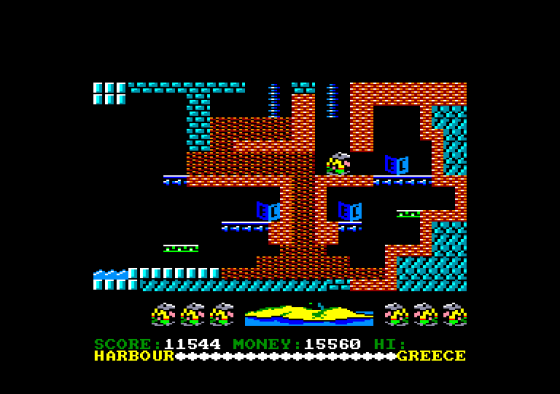