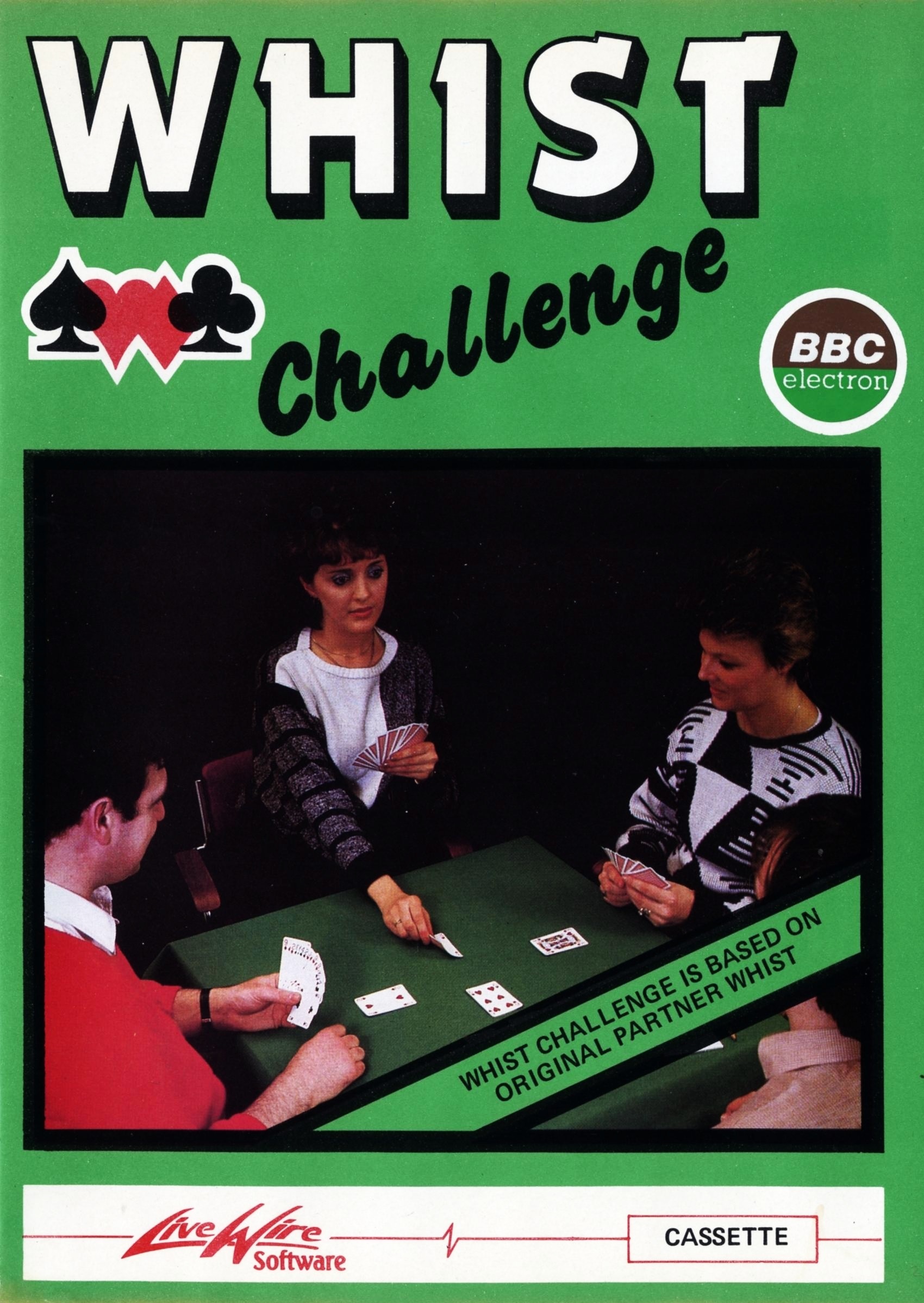 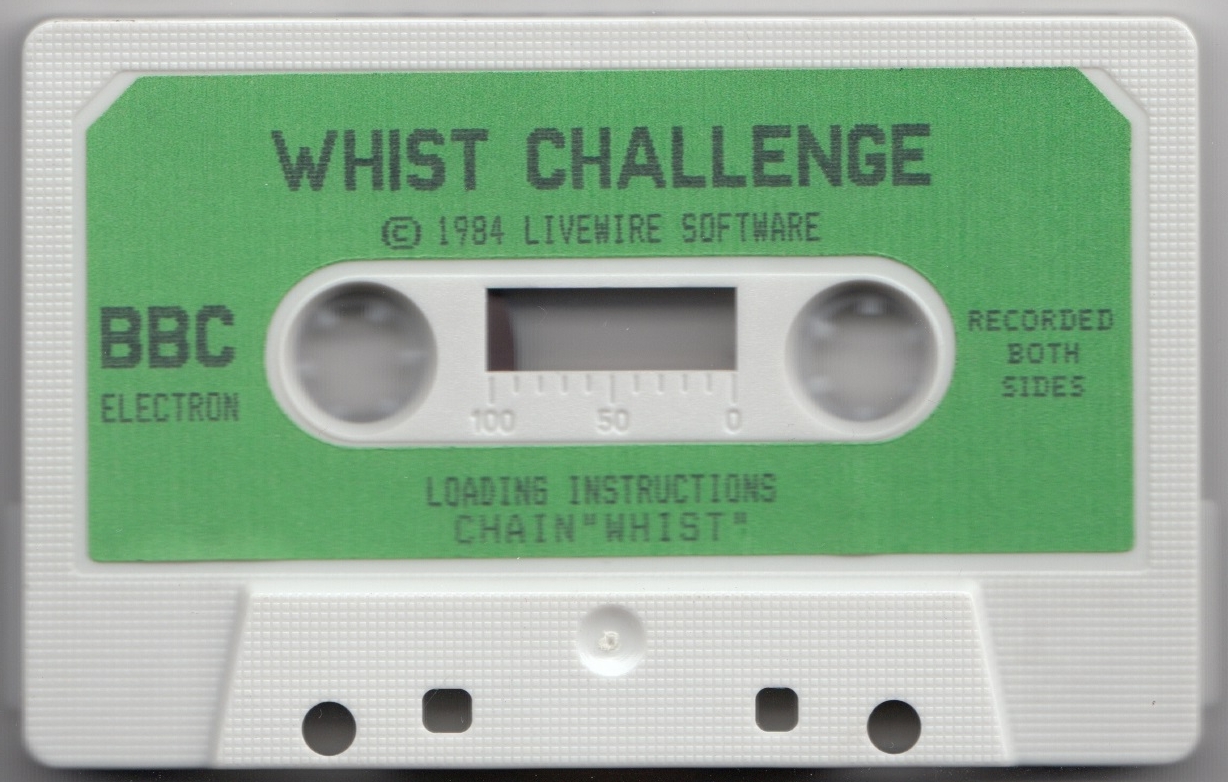 Whist Challenge is an advanced program which will play a highly intelligent game of partner whist. The game is based on the original game of partner whist, where with North as your partner you play your opponents, East and West with the object of taking as many tricks as possible. Whist Challenge will play the cards for your partner and your opponents while displaying the score throughout play.

Once loaded, the computer will display the game screen, deal the cards to each player already sorted in suits and place the last card face up. Play will then commence with the player positioned to the left of the dealer. You may play your card when prompted by the '?' at the bottom right of the screen. The method of playing a card is to key in the card value and suit. The card values are keyed in using keys: 2 to 9 for numbers with T for 10, J for Jack, K for King, Q for Queen and A for Ace.

The suit is keyed in using keys: S for Spades, H for Hearts, D for Diamond and C for Clubs. Some examples are shown in the following:

If you want to play a card not in your hand you will be prompted for another as the computer will not allow you to make a mistake of that type or cheat.

When a trick is won the cards are shown for a short time, then cleared from the screen. However, to keep the cards displayed hold down the SPACE bar. When the bar is released, play will continue.

(Auto-bid). Type O. This asks the game to play out the complete hand for you. It is intended that this facility will only be used when the result is certain.

(Foreground). Type F. This allows you to change the colour of the displayed text to any but the background colour.

(Background). Type B. This allows you to change the background colour to any text but that of the foreground.

The game of Whist is an easy game to play, but difficult to play well.

After all the cards have been dealt out, the last card is turned face up. This card determines which suit will be trumps for that deal. The trump suit is the most important suit in the pack; e.g. if hearts are trumps then the lowly 2H will win even over the ace of spades.

The player to the left of the dealer then plays the first card and the other players must then play a card of the same suit and the highest card played will win that trick.

If you are void in that suit you may play a trump card. If no other player lays a higher trump card then you will win that trick.

The game continues until all the cards have been played, and the partnership with the most tricks wins that game. For every trick above six you will score one point.

At the end of the session the partnership with the most points won is the overall winner.

If you also play Bridge, then you are sure to enjoy Bridge Challenge , another intelligent program from Livewire Software. Ask for details at your software stockist.