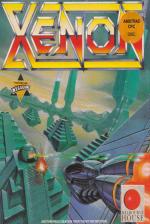 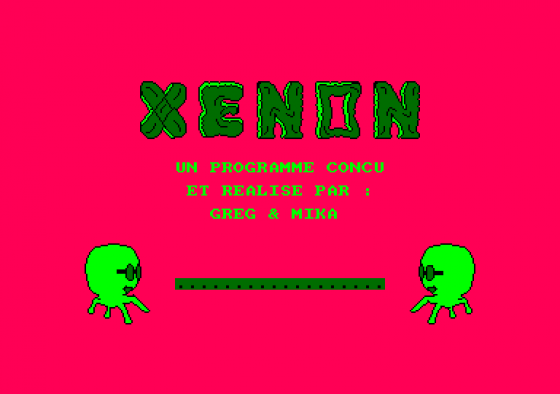 Somewhere across the bounds of space and time, a great adventure is taking place. A lone fighter is battling to survive against awesome odds, his only weapon a fantastic craft that can transform from a tank to a plane at the touch of a button. Enemies are massing, though, for one final assault. This is the world of Xenon, and a battle's coming down.

The aim of the game is simple: victory by the complete obliteration of the enemy. Your tank/plane is a tough armour-plated beast that can rip up the opposition easily on a one-to-one basis. But of course, like buses, they only ever arrive in threes. This forces you to be constantly switching from shape to shape to maximise kill power and minimise the risk factor.

On the ground you're immune to aircraft shots, but are slow and attract fire from enemy armour and gun emplacements. When you're a fighter plane, speed and range improve but you're vulnerable to shots from everybody and can't pick up the extra power packs dropped by retreating tanks, so a balance must be struck.

You scroll up this hi-tech tiled corridor with turrets protruding out of the floor. One quick shot (or even a near miss) soon has them exploding beautifully, and the trip continues. Next, gun emplacements on a higher level require a quick change to plane mode, or avoiding the shells they send crashing down around you.

That's just about it: differing formations of tanks, planes and fortifications getting ever more dangerous until big, bad, end-of-level beasties come out of hiding and give you a short sharp lesson in the art of dying. The side effect is that you are returned right back to the beginning and the whole battle starts again, amid much gnashing of teeth.

The whole point of a shoot-'em-up is that you don't even have time to think, and it's instinct and reaction speed that see you through. On this score, Xenon fails to deliver. The whole game moves at the speed of a slug with a sprained ankle. Even in plane mode, which allows you a modicum more pace, everything's in slow motion.

In a way, the slowness is a relief, because if everything was at normal blasting speed the survival time would be measured in microseconds: it's tough enough as it is! The graphics and sound are both excellent conversions from their 16-bit cousins and the scrolling is smooth if slow. The blasting, however, isn't enough to sustain any lasting interest.

Tough it may be, interesting it ain't. Xenon just doesn't set the blood on fire the way Silkworm did; there's not the mad and confused scramble that makes shoot-'em-ups so exciting. It's a shame, a crime even, that such good work has been squandered in such a game.

Apart from speed, it's got everything: good graphics, sounds, smooth scrolling and even a reasonable plot premise for a shoot out. But it is just not enjoyable enough to warrant spending £10 on!

In years gone by, scientists thought the element xenon was inert. I think they were probably right.

Trenton's absolutely spot on, as usual. Xenon is a brilliant-looking conversion, lacking just that one element no shoot-'em-up can survive without: speed. Thanks, but no thanks.

Staying Power 33%
N. Too slow to be interesting at all.

Xenon is a brilliant-looking conversion, lacking just that one element no shoot-'em-up can survive without: speed. 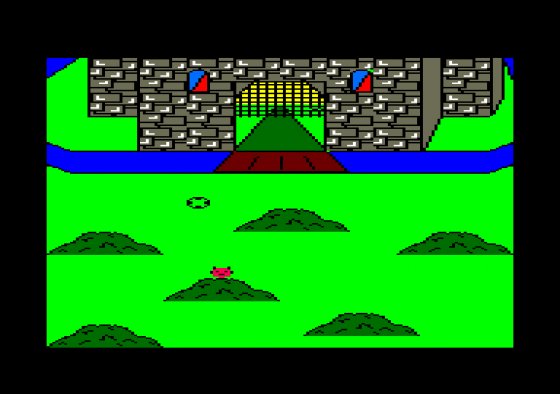