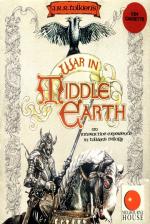 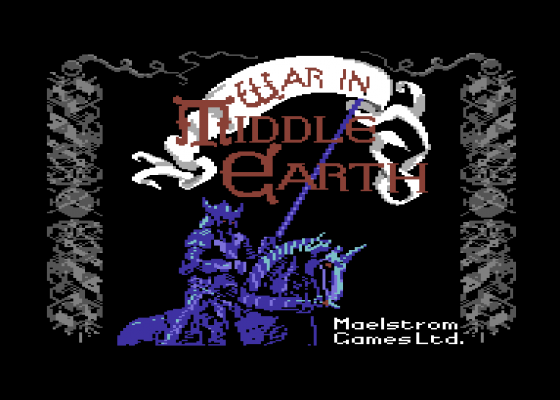 At the dawn of creation, all the different races of Middle Earth came into life. A creature called Sauron, the baddie of the show, tricked the Elves to make nineteen magical Rings of Power (which were distributed to influential rulers) but kept the most powerful One Ring for himself. Unfortunately, Sauron's power got the better of him, and he was duly attacked and defeated, though the ring got lost in the battle.

Years later, while playing by a nearby river, two hobbit friends found the ring; one of them killed the other for possession. After being hounded out of his village, the pitiful creature crept into the dark caverns beneath Middle Earth, where he became withered and grey. His name was Gollum...

Another hobbit, a burglar known as Bilbo Baggins, stole the ring from Gollum, while out removing treasure from the lair of Smaug, the dragon king. The great wizard Gandalf, realising that this ring was in fact *the One Ring*, decreed that it be destroyed, by throwing it into the crack of Mount Doom. It was thus handed to Bilbo's young nephew, Frodo, for him to carry out the ominous task. 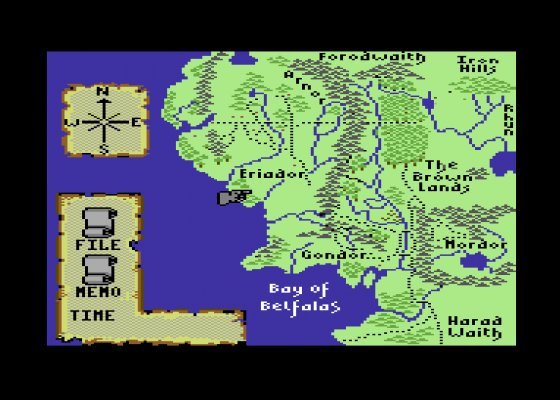 The spirit of Sauron, however, had been observing all of these happenings, and began mustering a huge army, to retrieve the ring from its captors, restoring Sauron to power. And that's where this game begins.

You're in charge of the good guys. Sauron's armies of orcs, trolls, Nazguls and other nasties are out to get you - unless you get *them* first. Action takes place over three different screens: the Map of Middle Earth, the Campaign Map and the Combat Screen. The player's armies are tracked on the main map, while a close up of the quest, giving information on army sizes, towns and other details is given on the Campaign Screen.

When one of your armies confronts an enemy unit, action switches to the combat area. You've got total command over all your side's forces which can be moved around at will to attack any member of the enemy party. 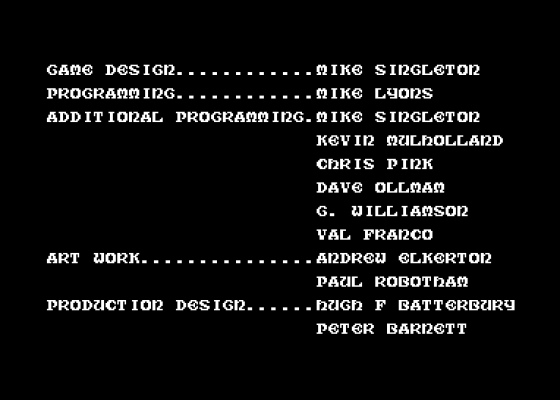 Basically, you've just to keep on fighting until you reach Mount Doom and get the chance to destroy the ring. If any of the enemy forces overcome the ring bearer's party (that's on your side, dummy), the ring will be returned to Sauron, and the Allies will be defeated, bringing darkness to Middle Earth for an eternity. And that's a long time.

While War In Middle Earth boasts some pretty clever programming, so much having been crammed into the one load, it's had to sacrifice a lot of speed, especially on the battle screen; it's a pity that's the most important bit!

The characters trudge around as if they're in an action replay - either that or they've got stuck in Middle Earth treacle. Yurk!

Sound, as far as it goes, is fairly impressive for this kind of game, with some qute convincing metallic clunks in the swordfighting scenes. Still, that's no good if the actions too slow.

Melbourne House seem to have bitten off a mite more than they could chew.

War In Middle Earth, while being a fantastic concept, doesn't actually work well as a computer game - mainly because the amount of complicated decisions the computer has to make ensures that the game runs at too slow a pace to make it enjoyable.

Presentation is what you would expect from a wargame - thick manual, impressive map, workmanlike graphics and sound effects - but on a really good product of this type the involved gameplay should compensate for the shortcomings of the physical makeup of the program. In this case it doesn't. Ah well...

Graphics 58%
Uninspiring map graphics, with colourful but poorly animated sprites in the battle area. Everything is very s-l-o-w...

Hookability 69%
Should gain a lot of interest - especially from wargamers and Tolkienites.

Lastability 59%
Sluggish gameplay might put you off in the long term.

Overall 69%
A very competent wargame which is just that bit too slow.

A very competent wargame which is just that bit too slow. 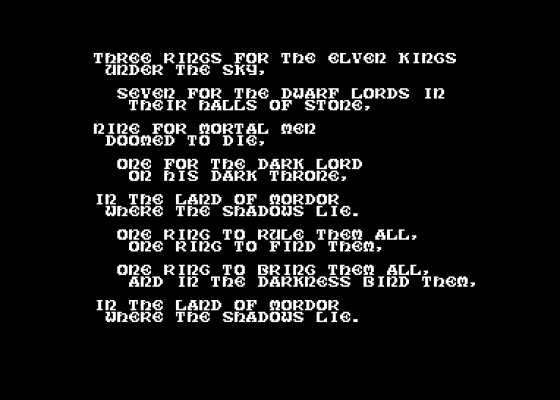