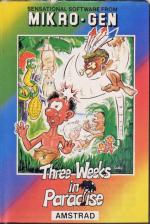 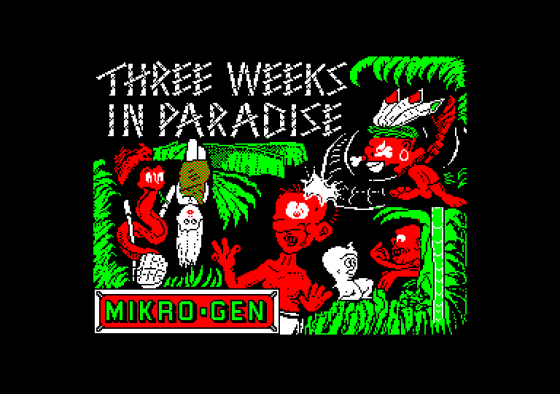 The Week family are back and you'll probably have guessed from the appalling pun in the title that there are three of them involved this time - Wally, Wilma and Herbert. Wally has to rescue his spouse and son from the hungry Can Nibbles (that's enough punishment thank you) in the jungle.

The game follows the same format as Pyjamarama and Herbert's Dummy Run with single character control and a whole load of tasks to be completed using the many objects found in the depths of the jungle. You control the ever fatter Wally and have to rescue Wilma, who is hanging upside down from a tree creeper, and Herbert, who is busy becoming a tasty stew in a cooking pot.

As with all the previous games you can only carry two objects at once - these range from flip-flops, through Wilma's handbag to a goldfish bowl. Each of these will have a use but there might be the odd red herring thrown in. Where and how to use things can be extremely difficult to work out; sometimes things will happen automatically and at others you'll have to have a flash of inspiration (or a lot of luck!) to make something work. 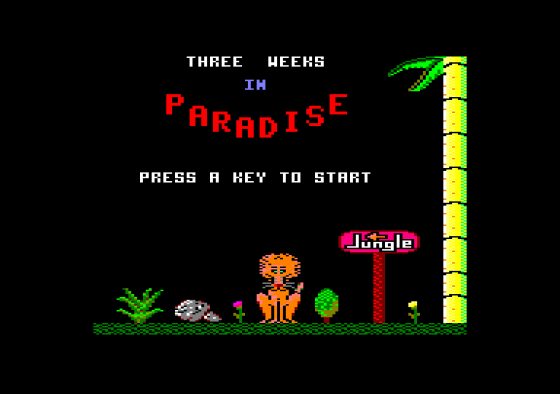 The graphics are once again superb with excellent use of colour and some good animation. There are some very attractive screen designs and the animals look especially nice with a clawing crab, roaring lions and a bald emu. There are also the usual set of clever little extras thrown in where Wally can go swimming or operate a geyser.

Wally doesn't have an energy gauge any more. Instead, one of his four lives can be lost instantly by bumping into the wrong thing. This can be a Can Nibble or one of the animals but the effect is always the same - he sits down in a daze and then leaps to his feet hollering "Ouch!" This can be quite frustrating though since one wrong move can ruin a lot of hard work.

As in previous adventures Wally can jump on certain pieces of the scenery, or even through them! Movement between screens is achieved by just walking off the edges but sometimes there are also entrances into the screen which are accessed by jumping into them or by pressing a key. 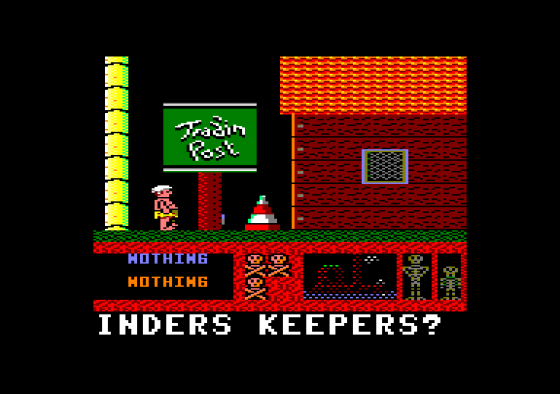 Although the game is graphically excellent and features lots of fairly complicated tasks you do get the feeling of having seen it all before in Everyone's A Wally and Herbert's Dummy Run. Fans of the genre will love it and if you haven't played a Wally game before it's as good an introduction as any. However I still suspect that many people will have tired of this format by now and will want something different.

I've had some good times with the Weeks over the years. I'm very fond of them even - if they are a bunch of slobs! But this time the old magic is missing and I don't really care about their fate. If the Can Nibbles think they're edible, then good luck to them.

Big, bright graphics are all very well, but the Wally game idea is getting a bit overworked by now. There's a lot of puzzling to be done, but the puzzles do have a certain sameness about them which can get tiring. It's a good game, and a full solution will take you a fair old time - an original scenario would have earned it a rather higher rating, though.

Loses a lot of colour - the jungle settings aren't nearly so much fun.

P. Excellent use of colour and animation.
P. Plenty of difficult tasks to complete.
P. Fans of the Wally genre will like it.

N. Solutions can be rather obscure.
N. The game format is becoming tired.
N. Instant life loss can be annoying in an arcade adventure of this sort.

Excellent use of colour and animation... Plenty of difficult tasks to complete. 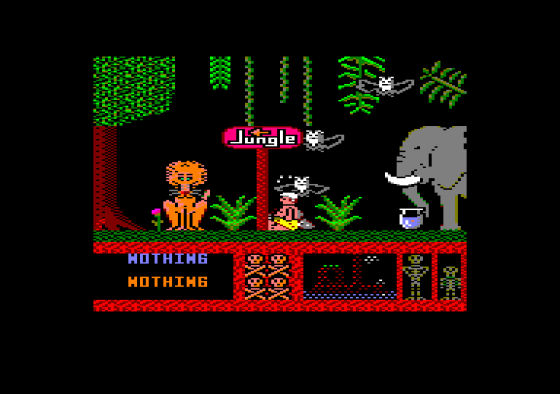