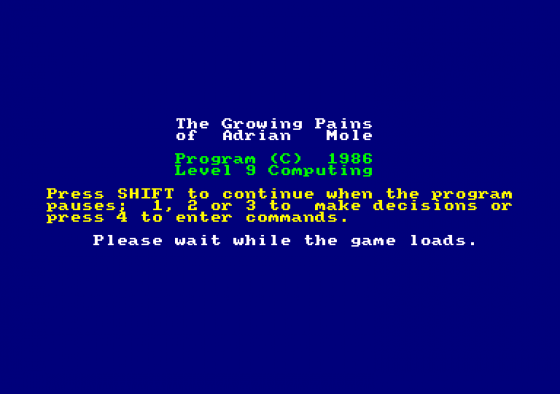 The Growing Pains Of Adrian Mole

I'm tempted to think it's the former. When the first Mole game came out, featuring scrolling text and Level 9's "multi-tasking" graphics, I and many others thought the idea cute and the game well-written. Just in case you missed it, it involved reading long blocks of text (as in the original book, but with bits added by Pete Austin) and every now and then making a decision by pressing 1, 2, or 3 and seeing what happened in the plot as result.

That worked well and sold, I presume, quite well too. Then came The Archers - same technique, same features, but no real advances on the original and - in my view - not quite such a brilliant adaptation as the original Mole game was. There were however quite a lot of characters to deal with in The Archers, and each of the three separate loads gave you a different persona to play with. 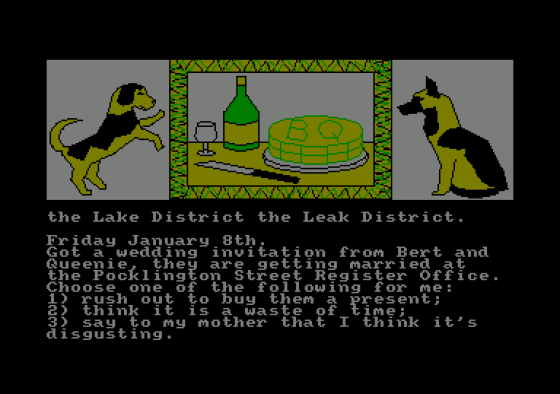 Now we've got Moley again, and I can't really think of anything new to say about it. Once again you must keep in favour with everybody by selecting the right decisions, and in this game as in the earlier one this involves for the most part balancing the attentions of your parents, your friends, Pandora, and the dog together. Do that, and you'll rise from the ranks of "Namby-Pamby Schoolboy" with around 40% to - who knows? Poet Laureate? With 100%.

After playing The Archers, I felt somehow that Growing Pains suffered slightly by being so centred round Pandora and her gang. Pete Austin does seem to have a feeling for the Adrian Mole character which shows through in the text, but somehow the whole subject seems rather too familiar and the growing pains of our hero seem altogether too similar to the social agonies he suffered in the first game. Still, that first attempt wasn't too bad, and Growing Pains does have something going for it. As with the others in the series there is a certain instant satisfaction in deciding whether to walk out of the school hall in protest, or take a closer examination of Pandora's nipples. Not that there's any smut here, but I advise you to check out the fancy-dress party!

On the other hand, I find that one drawback of this "multiple-choice format" is that decisions you make are somehow robbed of true significance when some moments later they are reversed by the program! The obvious reason for this is that the program can allow only a modicum of independence on the part of the player; otherwise the amount of text storage required for the different story-lines would be mind-boggling.

And I can't help feeling that this sort of game structure really requires more storage space than you're ever going to get on a home computer, however clever Level 9's compression techniques may be.

Meanwhile, I think that if I had this game on disk, I would probably load it up with reasonable regularity. I didn't find myself playing it for hours on end, but every so often I sat down and tapped away quite happily for a while. Some of the textual humour is quite amusing, and there is still a surprising amount to get through in each of the three parts.

The Growing Pains Of Adrian Mole

Some of the textual humour is quite amusing, and there is still a surprising amount to get through in each of the three parts. 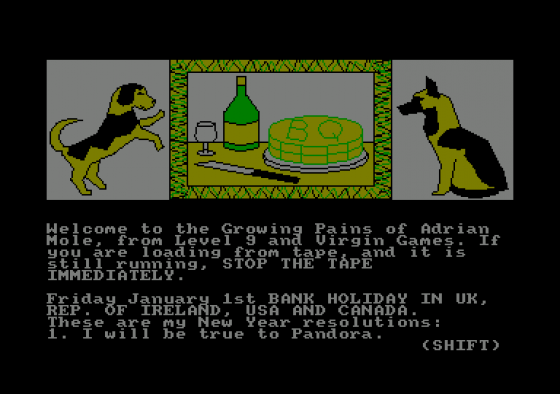 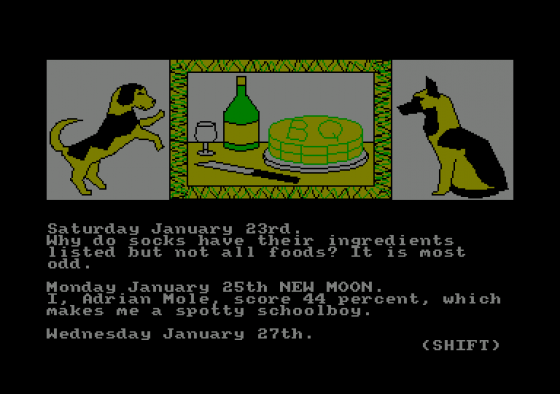 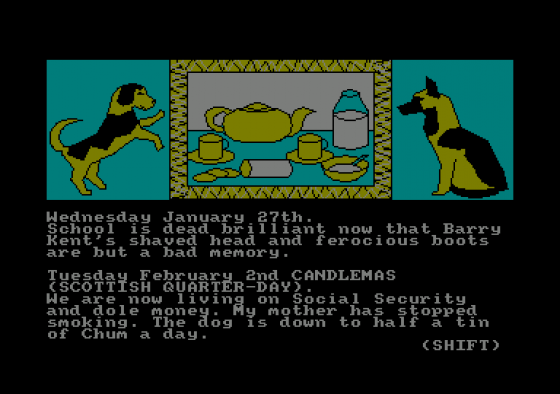 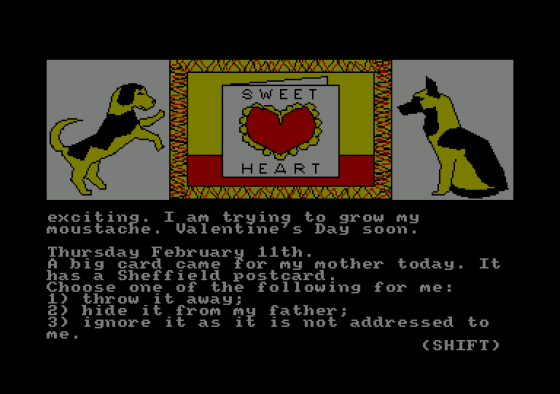 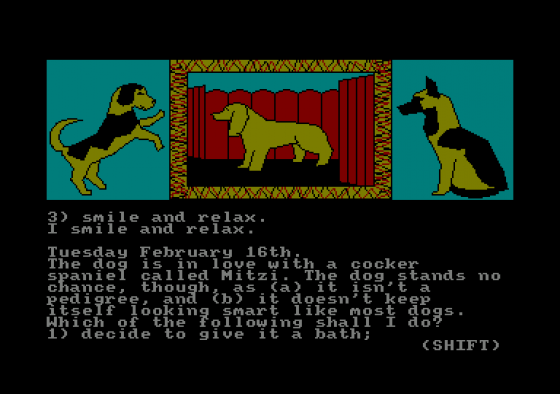