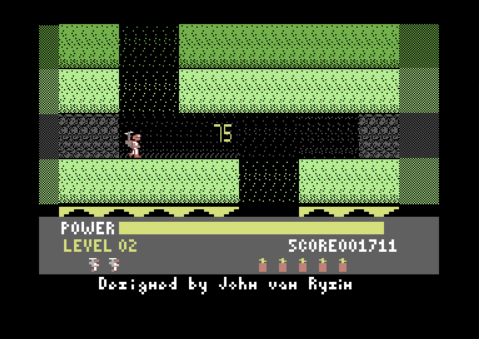 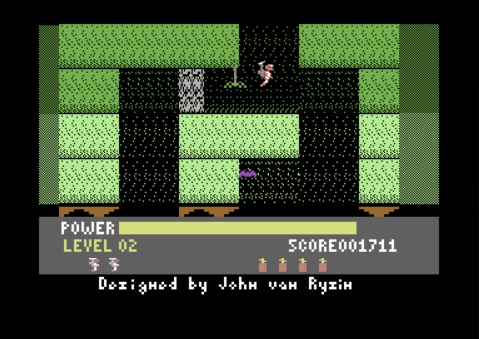 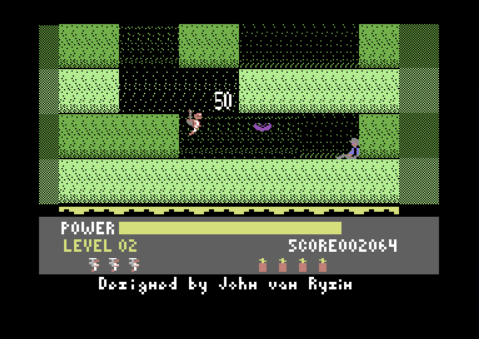 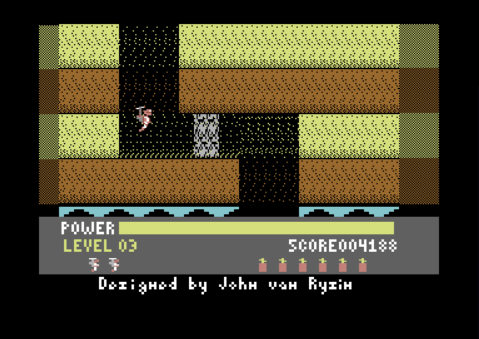 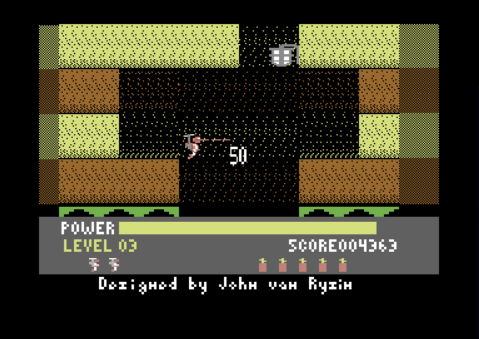 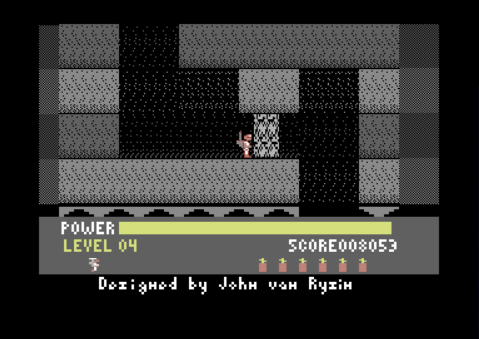 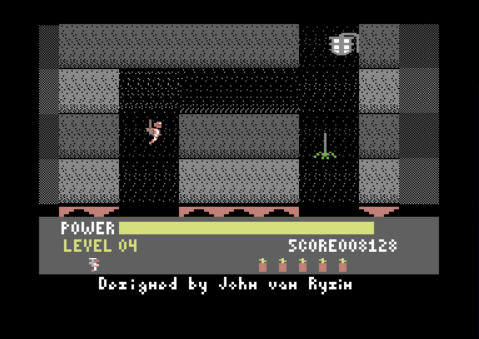 The last Oziphantom game I played was Frantic Freddie II for the Commodore 64. It was a lot more enjoyable than this, largely silent, cavern-based platform game.

The idea is a very simple one. Somewhere in the caverns is a hostage who you must recover (walk or fly into) to win. You have to clear each obstruction blocking your path by dropping a bomb next to it (making sure you fly out of its blast range afterwards). And you will have to blast the bouncing nasties (mostly spiders) with your laser too. The game is based on the old Activision title H.E.R.O.

Look, there's no easy way to say this. Sprero is really quite dull. Yes, it all works as it's supposed to - your man can fly around with realistic thrust and gravity, and there's some playability in dropping the bombs and shooting the baddies. The problem is that every level is exactly the same and you get kicked all the way back to level one when you lose your last life.

There are several big irks with the game that will have you reaching for the Reset button even faster too. Firstly, you have to press the fire button on joystick one to start, but you then play the game with joystick two. If you're playing the game with an emulator, this means you have to configure both joysticks before you can even get started!

In addition to this, the game is a flick-screen affair and some nasties are positioned right next to the entry points of each of the individual rooms. So you can be killed as soon as you enter an unfamiliar room unless you ease yourself into every one extremely slowly. Very tedious indeed.

Sound effects are very sparse and graphics are functional rather than decorative. There's no loading screen. Amongst the high standard of new C64 software we've come to expect, Sprero is a throwback to the days of the type-in. OK, it's free, but I found it barely worth the effort.