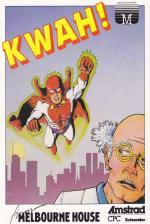 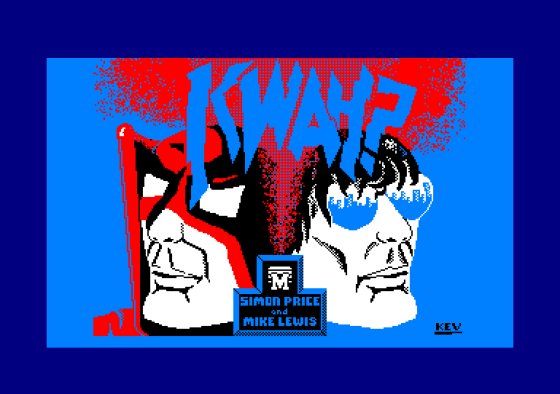 Avid readers of this column will recall that Redhawk from Melbourne House received rather less than a warm welcome from the man with the rod and staff. This game used a combination of text entry and graphics in an attempt to present a 'computer comic', where pictures and captions scrolled across the screen to accompany your inputs. 'Twas naff. 'Nuff said.

But now the intrepid lads from Melbourne Mansion have done it again, producing a similar-format program that claims to raise this art form to dizzy new heights. Have they succeeded? Or should they stick to endless replays of the Hobbit? Well, fellow Pilgs, it does look as if they're making some headway here. The fact is that what made Redhawk so appalling (and I stick by my review of it, though others thought it was the best thing since sliced pitta bread) was the slow graphics and the really rather weedy plot, combined with illogical puzzles and an atrocious parser.

Weeeel... Kwah! goes a lot further in some respects. First, the plot. Instead of having to apprehend lots of rather unimpressive thugs and super-villains, in Kwah! you have a clearly defined objective which is easy to grasp, though very difficult to accomplish. Bring the infamous Doctor Lee to justice and, in the process, perhaps find out a little more about yourself. 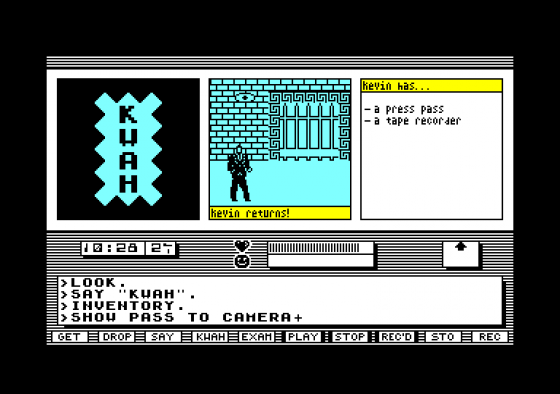 The next thing I liked about Kwah! was the game layout. Redhawk had a whole series of rather loosely linked locations which didn't have me on tenterhooks and seemed, in some instances, to be rather illogically connected. Kwah! takes place in a nice easy-to-map scenario (Doctor Lee's Rest Home for Maniacs - or whatever he calls it) and you don't have to fly about the place to get from one place to the next.

Finally, the graphics have improved somewhat - they draw quicker and are better designed. In a game that claims to borrow from the world of comics, that's obviously important.

So what gives? Well, those of you who missed Redhawk should know that in this series of programs (Kwah! is number 2) you get a screen boasting three picture windows across the top half of the display. You enter text in a window beneath these, and as you do so your commands (if understood) are then portrayed graphically in the windows as one picture is drawn in the right-hand window, then shifted to the left to make room for the next one in the series. Just like a comic, but with yours truly writing most of the story-line. It's a great idea and Kwah! comes a lot closer than Redhawk to making it work well.

The hero of the program, Kevin Oliver, is a mutated freak who can turn into superhero Redhawk simply by saying Kwah! In this guise he can get the better of just about anyone, but his energy is limited and after a while you find yourself controlling good ol' Kevin again. Each character has a different inventory and changing from one character to another is a vital part of solving most of the puzzles in the game.

In fact, it was the puzzles that I liked most about Kwah! They were a darn sight better than the ones in Redhawk, and the authors seemed to have done a bit more thinking about the possibilities of having a split-personality hero. The other characters in the game are also more interesting - and some of them (particularly one Rik, who follows you everywhere if asked) are really quite loony. Interaction with the characters is of course essential to get anywhere in the game.

The main weakness with the program is the parser. It's pretty limited and really doesn't have much of a vocabulary to draw on. Perhaps there's a problem with fitting all those pictures in alongside the vocabulary, text, and so on. If so, I reckon it's worth the authors' while taking rather more time over their compression techniques, because with just a fraction more speed and a better parser this system could really be quite attractive.

I still don't think I'd go out and buy Kwah! because I'm more of a traditional adventurer - but if you like the comic-book idea and fancy life as a super-hero then you can be sure that this game represents a far better deal than its predecessor and if things were polished up just a mite bit more then we might see something very interesting indeed.

A great idea... If things were polished up just a mite bit more then we might see something very interesting indeed. 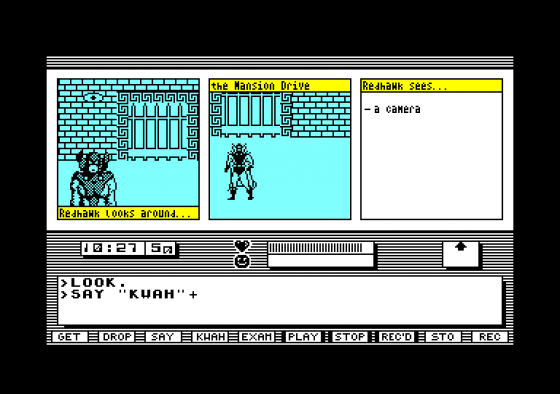 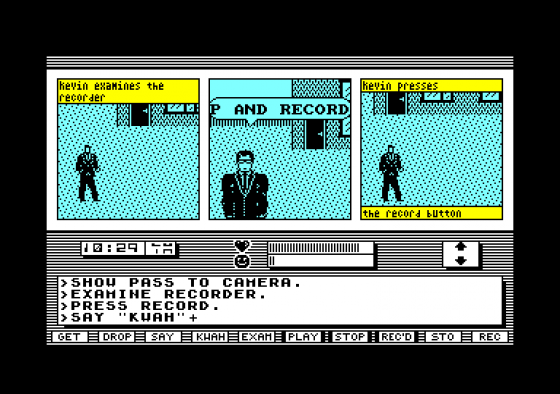 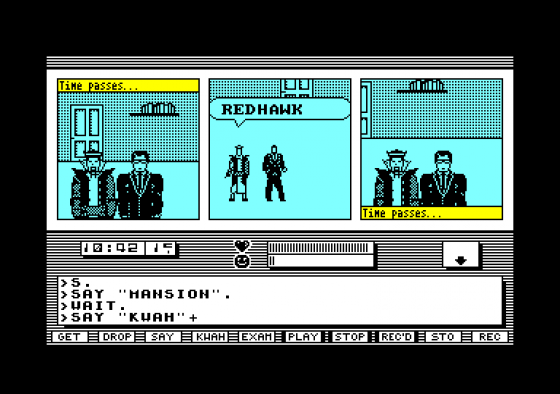 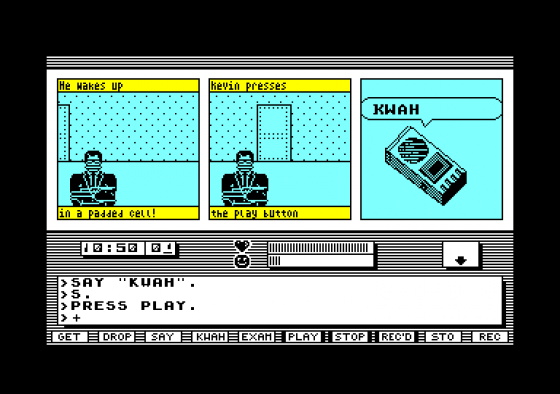