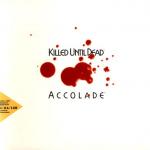 Fancy taking the role of a private eye? Hercule Holmes is the house detective of the Gargoyle Hotel - residence of the wealthy and annual meeting place of the Midnight Murder club.

Each year a group of 'whodunnit' novelists congregate at the hotel, inflicting their fictional scenarios on each other - or at least they will be if you don't discover the would-be murderer, proposed victim, murder weapon, location and the motive for the dastardly deed. Using nothing more than files, surveillance equipment and your wits, you have until midnight to crack the case and accuse the guilty party.

Initially, you have the option of attending the Hercule Holmes school of sleuthdom, an extended demo which plays through all aspects of the game in the form of a tutorial. Having familiarised yourself with the objectives, you choose a skill level and a specific case on which to practise your detecting skills.

These options are available via on-screen menus, and are chosen by moving a highlighted cursor to the selected option and pressing the Fire button.

Your task begins at noon - usually with a phone call from one of the club: 'check your files' they say. Huh! As if you didn't know your job. Anyway, taking a glance at the information on the club members, it appears that they're a right odd bunch. There's Agatha Maypole; ageing, forgetful and potentially lethal, Lord Peter Flimsey; a fan of Princess Anne (especially the jodhpurs). Sydney Meanstreet; an overweight author with slightly perverse tendencies. Mike Stammer; a scruffy alcoholic who's been drummed out of practically every police department in operation, and the beautiful Claudia Von Bulow (real name Tammy Claudette Belew); a girl who's had everything lifted and possesses a tattoo which she's never seen.

Interesting. Time to see if you can dig up any more dirt in their rooms...

Any attempt to break into one of the character's apartments is met by a trivia question based on fictional detectives and crime novels. Answering correctly allows access to the room.

"What did Sherlock Holmes do in his spare time?" Rats! That one escapes you. Uh, oh - suddenly the house guard appears. Better make your exit. Come back in ten minutes when he's gone.

Here's Flimsey's room. Another question... Ah! got it right, and in you go. Hmmm... there's a note here: "Meet me on the patio at 3.00 - Claudia.". And what's this? A blood-stained Moose outfit. Curioser and curioser!

Returning to the surveillance apparatus allows you to set the tape recorder to monitor the conversation due to take place at three o' clock. The tape deck has all the usual control, and can be preset for up to three half-hour sessions.

As information is gathered about the club members, the relevant data is automatically stored and can be recalled when required, avoiding the need for notes to be taken during the game.

Later... Well, you've broken into all the rooms, obtained clues and got some pretty meaty conversations on tape. Time to do a little telephoning...

"Hello, Mike? Yeah, do you think Sydney's in danger?" (He's looking a bit rattled - stir him up some more): "What do you know about the poison?" (You seem to have hit a raw nerve here). "Do you think Claudia's the murderer?" Ah-ha! a panic-stricken Stammer crumbles and spills the beans. One last look at your notes, then you're off to confront Claudia, and accuse her of her proposed felony.

"Claudia? The game's up, doll: you've been planning to bump Sydney off with the poison, on the patio - and all because he stole your Moose outfit. Eh? You aren't? Oh! Er... look, it was a simple mistake..." (You forgot about Mike.) Eh? Who's that at the window - a bomb! Urrrk! It's all going dark... oh, well, better luck next time, Holmes!

Detection games don't usually fill me with enthusiasm, but Killed Until Dead is one exception, being humorous, slick and very playable. The presentation excels on all counts, especially the highly informative demo/tutorial.

A real atmosphere is generated, and is constantly enhanced by several neat touches: the clock ticks away, the sky outside grows darker, and skulls and hanging bodies keep appearing at your window!

The character's faces are also wonderfully animated, producing an hilarious effect when they become hassled. One or two cases are fairly difficult, but on the whole they are quite straightforward, and as such they may not present too much of a problem for the more mature detective.

This however is my only reservation - otherwise, Killed Until Dead comes highly recommended.

There must be something in the water that's causing all of the murders this month - this is no bad thing though, as I'm a real fan of thriller software. Killed Until Dead is well up there with the best, it's beautifully presented and infinitely playable (except for the slightly annoying delay while the disk is accessed), and the sheer volume of detective work that's spread over the 21 cases provides a great deal of lastability.

The title's inherent humour is carried throughout, but the jocular conversational style never takes over entirely and the plot remains essentially serious. The profusion of 'whodunnit' games this month doesn't detract from Killed Until Dead's attraction - I'm confident that it will appeal to serious thriller enthusiasts as well as to those who take their murders with a pinch of laughter.

The gameplay isn't very flexible, and the mysteries are straightforward and fairly easy to solve, but at least you feel as though you've achieved something worthwhile. Definitely a sound investment for budding detectives.

Presentation 95%
Slick and extremely polished, although the multi-load interrupts a little too often.

Graphics 92%
Minimal but effective animation and good use of colour throughout.

Hookability 86%
Difficult to stop playing once you become conversant with the controls and objectives.

Lastability 77%
Twenty-one cases to solve, but many of them are quite simple.

Value For Money 83%
Expensive, but worthwhile.

Overall 88%
A superbly executed binary who'lldoit, let down slightly by a lack of variety and depth.

A superbly executed binary who'lldoit, let down slightly by a lack of variety and depth.