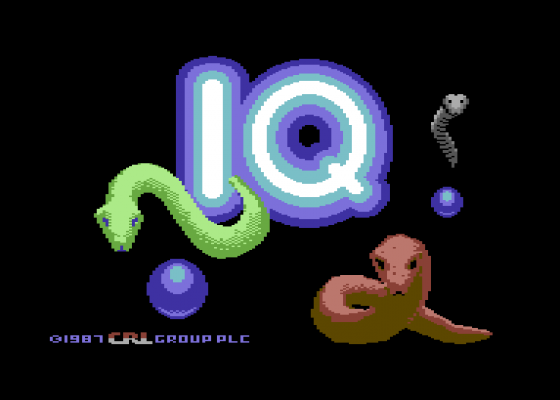 Originally released in America under the auspices of Electronic Arts, Nu-Wave has now obtained the rights to the logic game, IQ.

The main screen presents a series of dots arranged in a criss-cross pattern, each one surrounded by a territory, the boundary of which lies halfway between each dot.

Inhabiting this strange landscape are 'SAIL's - Super Artificially Intelligent Lifeforms. These worm-like creatures travel from dot to dot, leaving a coloured trail in their wake - lying halfway between territories. 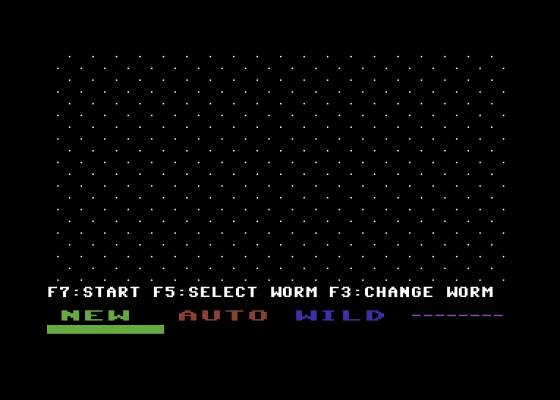 Whenever a SAIL enters a dot's territory, previously laid trails are turned the same colour as that of the latest SAIL. Each dot can accommodate six trails, and the aim is to direct your SAIL in such a way that it leaves the sixth and final trail to a dot. If this is achieved, the territory takes on the colour of that SAIL for the remainder of the game, and a point is awarded to that SAIL.

There are four separate SAILs, each controlled individually by either the computer or a person (up to four players can participate).

A SAIL's movement pattern follows a predestined course which is set by use of one of three commands: 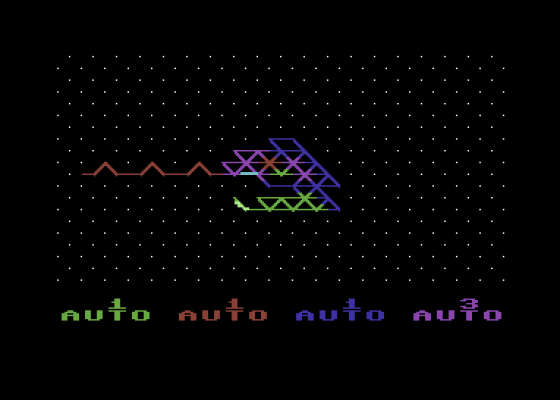 On choosing the New command, a SAIL is trained to follow a new course by manually directing its action. As soon as the SAIL recognises a repeatable pattern, it memorises it and continues on that course until it meets a configuration that it does not recognise. The SAIL then stops moving and flashes, signalling that it needs re-directing to continue its course.

The SAILs are unable to move over a previously laid trail, and cannot move to a dot already occupied by another SAIL. If the SAIL is forced into one of the above situations and no other action can be taken, it dies and takes no further part in the game.

The game itself ends on the demise of all the SAILs, at which point the territories gained are highlighted separately, and the final scores displayed. 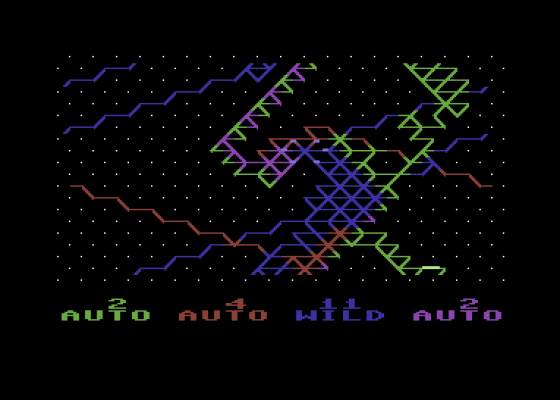 What a strange piece of software. It's over three years old, and doesn't look up to much, but I found it most absorbing and highly relaxing.

Playing against up to three computer opponents provides many hours of entertainment, but it's far more satisfying to play against one or more human opponents.

I can't see IQ appealing to many, due to the bizarre concept, but anyone who likes to indulge in a little harmless fun at a leisurely pace will be amply rewarded.

What is IQ? Well, it's a strange sort of entertainment that only exists because of computers - it couldn't have been conceived anywhere else. It's soothing on the ears and eyes, relaxes the brain and helps you unwind!

It has a wealth of options and is the sort of program that one loads up and plays months after it was first bought. It's also an off-beat luxurt which many won't appreciate because it's not blasting or adventuring. It exists in its own right, and is essentially incomparable.

Presentation 84%
A good demo mode, and many useful options including interactive multi-player action.

Hookability 80%
Deceptively easy to pick up and play.

Value For Money 68%
Slightly overpriced for what's on offer. 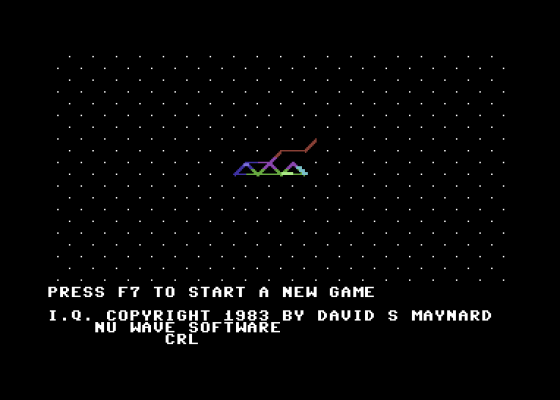