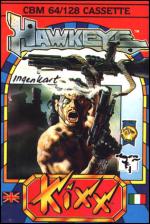 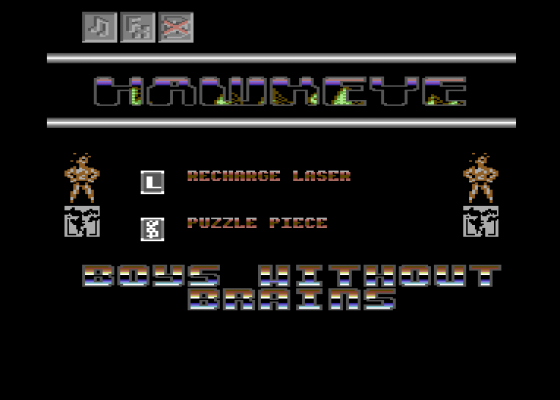 A 96% Gold Medal winner, this superbly presented game incorporated a truly weird sci-fi scenario concerning yet another bunch of evil aliens (the Skryksis) invading one of those idyllic, peace-loving planets (Xamox). Virtually all the Xamoxians are either massacred or poisoned by nuclear reactors built by Skryksis. A mere handful escape to underground bunkers where they plan vengeance in the form of Hawkeye, a half-man, half-machine warrior...

The actual game is a fairly simplistic left/right horizontally scrolling shoot-'em-up. As soon as our hero materializes, one of the hawk eyes flash - indicating which way to go for a special object. These can be extra ammo, special weapons, extra lives or vital puzzle pieces (collect them all to exit the level) Hawkeye is armed with four different weapons, a pistol with unlimited ammo plus three more powerful guns with limited ammo. These are useful for dealing wen a huge variety of flying, crawling and walking monsters which drain energy on contact. Should Hawkeye lose all his lives there's an option to practise on that level.

Hawkeye has belatedly inspired a number of games, most notably Flimbo's Quest which was basically a cuter version, while Rubicon has a vaguely similar graphic style Hawkeye itself hasn't aged too badly: presentation remains top-notch while the various baddy graphics look pretty attractive, a bit blocky but making possible a very slick parallax scroll on the background.

Gameplay is unsophisticated - run left and right, leaping from platform to platform and blasting the baddies - but it's so well done that addiction soon sets in. Personally I've never thought it worth a Gold Medal; but at this price its high playability and quality presentation make it a good buy.

Gameplay is unsophisticated - run left and right, leaping from platform to platform and blasting the baddies - but it's so well done that addiction soon sets in. 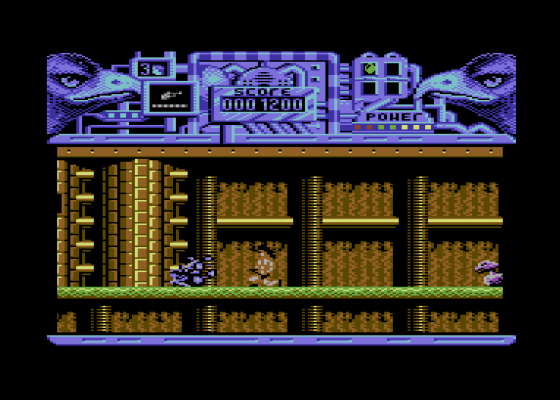 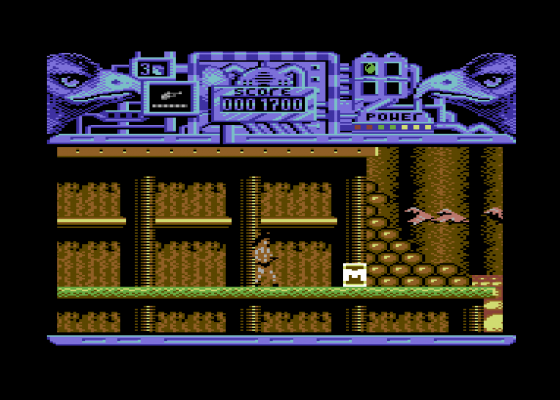 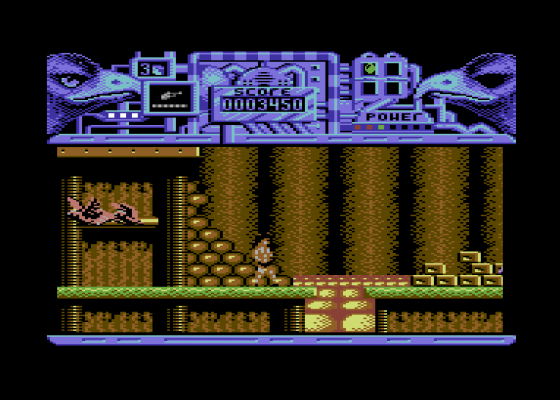 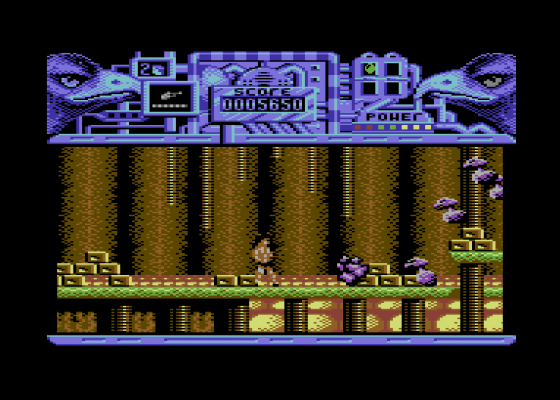 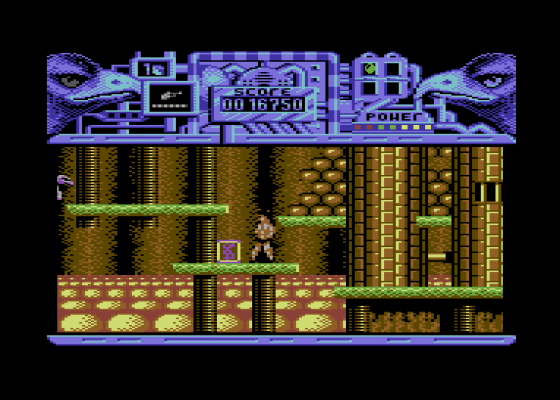 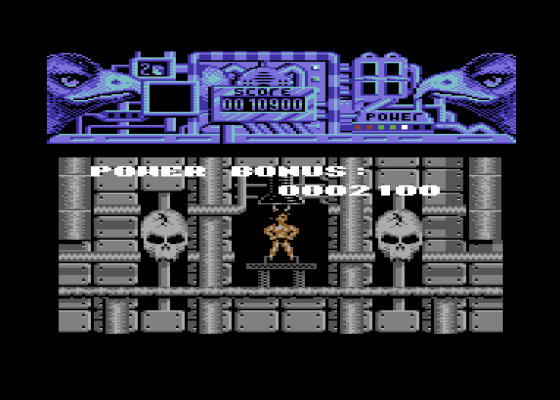 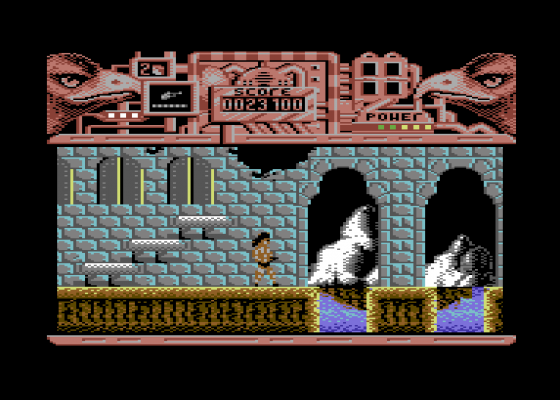 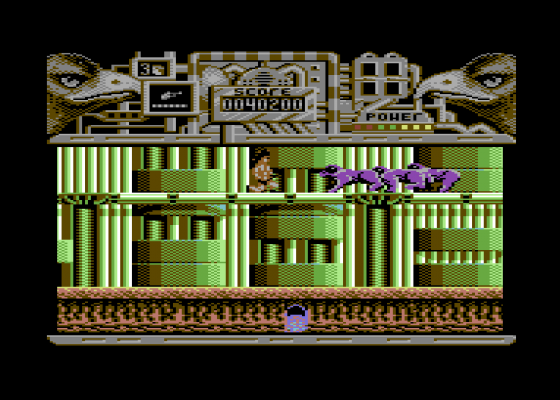 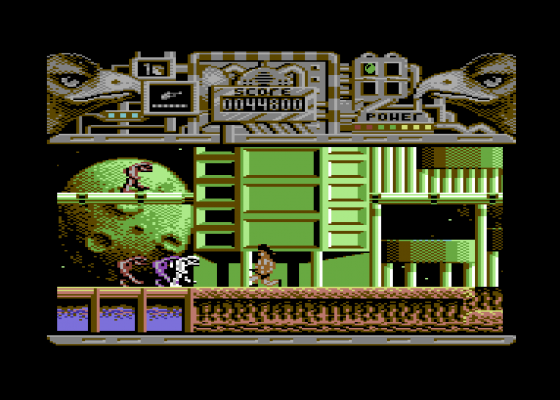