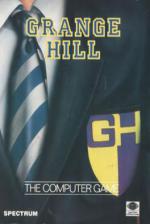 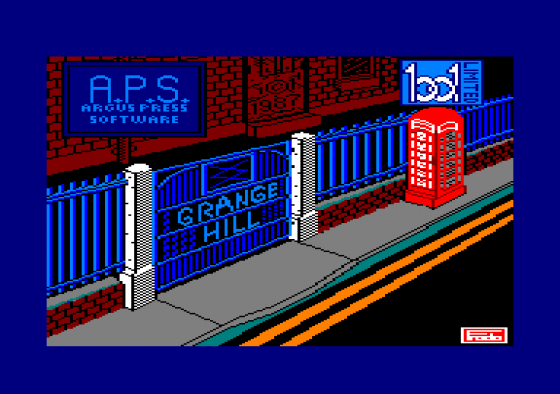 "Ere, Holo, you know what they've gone and done now, don't you? They've only gone and made a game about us!"

"So? Nearly every programme on the box has its own game, Gonch." 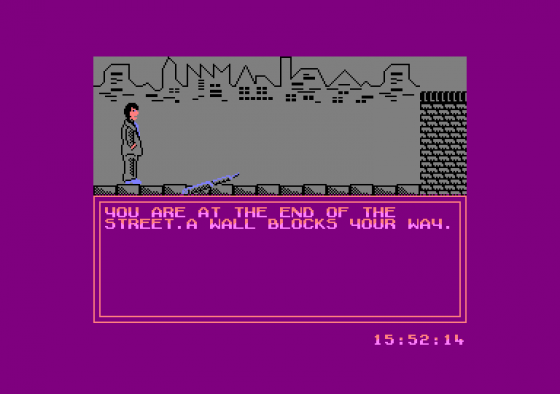 "Great. Let's hope Bronson doesn't find out about it or it'll be detention for us."

"No, Hollo, you don't understand. It's all right, legal and all that. We receive royalties for the game." 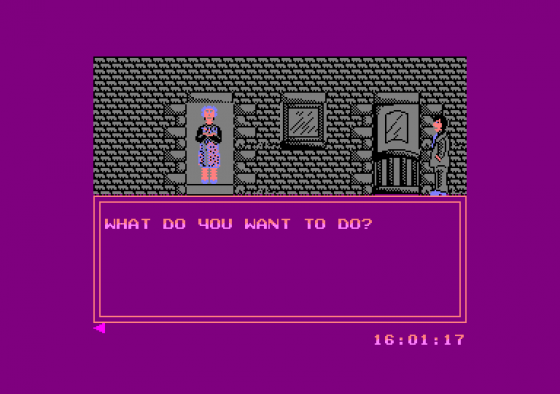 Grange Hill is the latest television programme to make the transition to pixels. Based on the hit children's soap about the ever-so-slightly anarchic school, the games centres on the misadventures of the dodgy duo Luke "Gonch" Gardiner and Paul "Hollo" Holloway.

Anyway, Gonch has had his Walkman confiscated during maths. The last time he had his stereo confiscated it was stolen from the staff room by some swine. His mum was less than pleased and now checks he has the new one every time he goes home. Since Gonch isn't in the mood to be killed by his mum he decides to break into the school and steal it back. Hollo, his faithful sidekick, volunteers to help.

The game is supposed to combine arcade and adventure elements and fortunately fast reactions are not needed as the only arcade element is the use of a joystick to move Gonch through the school.

Objects can be picked up, dropped or used just as in an ordinary adventure. Some of their uses are not immediately obvious. For example, the paper plane is used to get matches on the high wall. Various characters from the series also put in an appearance, usually as a hindrance. These include Imelda, Mr Griffiths, the caretaker, and a drug pusher. When you try and talk to the pusher, the program makes a feeble attempt at speech. If any one knows what he says, send me a postcard.

I now have a shock for all you Commodore 64 owners. The graphics are inferior to the Speccy version! This is not so much an accolade for the Spectrum as criticism of the Commodore version. The sound won't give Rob Hubbard many sleepless nights, either. Fans of the series will immediately recognise that the tune is not the theme of the series.

The biggest problem with the game though is not the graphics, sound or even the lack of a game save option - it's the amount of bugs in the program. It makes the Commodore version of Gauntlet seem bug-free in comparison. They range from the classic system crash to the more innovative walking on air and disappearing, to spelling mistakes and bad grammar. You'd think a game about a school would at least have correct spelling.

Grange Hill had a lot of potential for becoming a good game, but as an adventure it doesn't work. The text which appears on some of the locations can be quite amusing, which proves an old-fashioned adventure game would have been more suitable. The bugs and a lack of a save option are unforgivable these days.

The bugs and a lack of a save option are unforgivable these days.