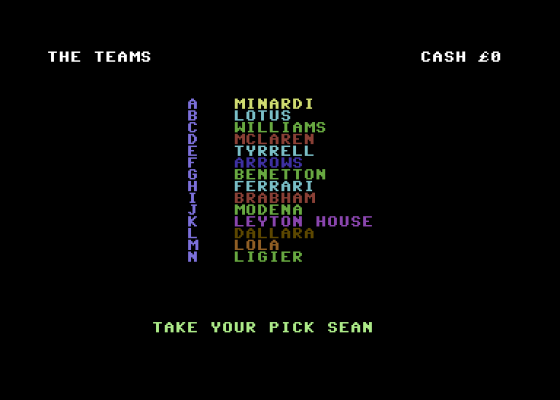 A most unusual game. Probably the oddest strategy game I've ever played. Ever fancied controlling a Formula One class racing team such as Lotus, Ferrari or Williams? D&H give you that chance with Grand Prix, a game that is structured, designed and plays in a similar fashion to their Football Director, Multi-Player Soccer Manager, Cricket Captain and other sporting strategy games.

After loading, you will be asked for your name and the year you wish to begin. After that money rears its ugly head. You select a racing team and a variety of different sponsors for your engine, tyres and so on. Finally you can bid for additional sponsors. All of these individual decisions bring in a wodge of loot.

After that you are presented with the standard menu. The first option is the practice lap section. This is where you plonk each of your two drivers into their respective cars and select relevant tires depending upon the weather conditions (tyre types include 'rain' and 'soft'). After you initiate the practice lap a time will appear telling you how they did. This time is important as it will determine where, on the final starting grid, your car will be placed. Obviously, a fast practice lap will result in a high place on the starting grid. 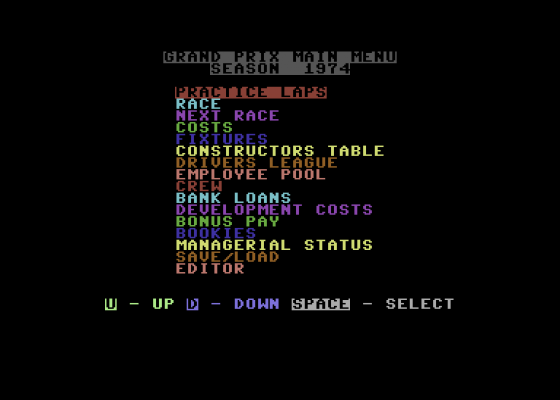 The next option is compete in one of 16 races per season. Again you select your tyres for the race. The actual race sequence is depicted in an animated fashion. A static window focuses upon one small section of the track. During each lap you will see all of the cars roar past (each car in appropriate race-team colours). Of course, you can just sit back and watch (or call up a position table to see how you're faring). However, the weather does change during the race and there is a danger of one of your cars incurring a fault (suspension, low fuel, etc), so you may want to call a car into the pits for a check-up or a tyre change.

After the race has finished a number of tables are updated (all of which can be accessed via the main menu), including the driver league and the race constructors' team league. Other tables include the race fixtures, bank loans and the costs for each race (shipping, etc). Ratings examined include those of your crew: besides the two drivers you have a team manager, chief mechanic and other mechanics under him. Each of these personnel are rated for their ability and their wage. In addition, you have the right to sack any members of the crew and look for new replacements taken from the employer's pool.

Other features of Grand Prix include the option of pumping cash into development. This can pay dividends during the next season with an improved car. You can even bet on drivers in the race and give your team bonus pay.

I must say that I enjoyed playing Grand Prix. It proved to be surprisingly addictive, even though the majority of the game was text-based and the animation sequence was pretty simple. However, the one big criticism I have with this game (and other D&H games, as a matter of fact) is the manual - or bit of paper, really. There is a lot of information that is missing from the game info supplied.

None of the AI or tactics are explained. No hints are given, nor explanations as to the rising and falling or ratings. A great shame, this, because the programmer has done everything possible, only to find that the manual writer has cocked the whole thing up. I recommend Grand Prix for anyone interested in the sport and with the patience to work out the unexplained logic of various game decisions.

Grand Prix proved to be surprisingly addictive, even though the majority of the game was text-based and the animation sequence was pretty simple. 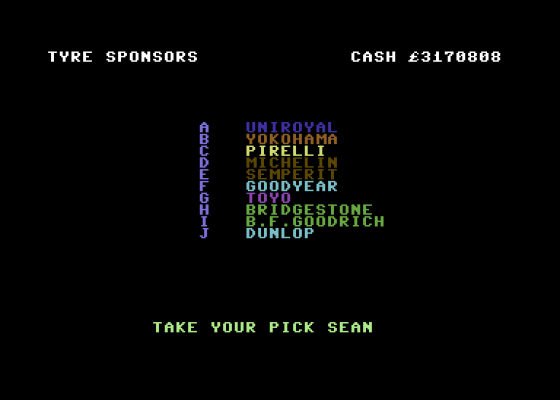 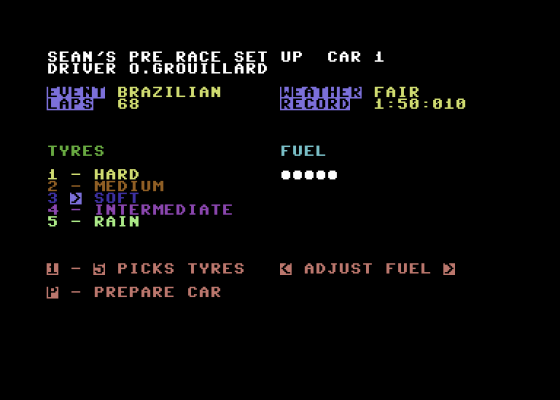 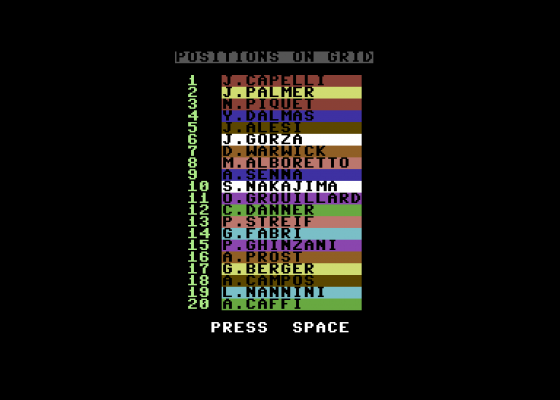 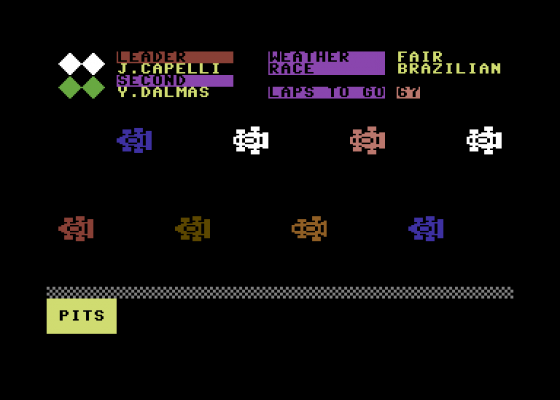 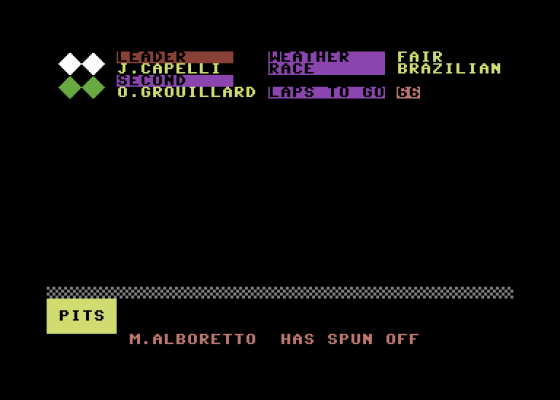