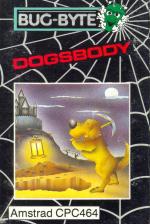 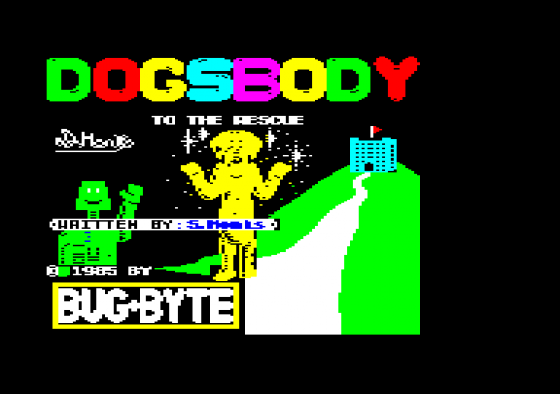 Bug Byte is a very old software house that bit the dust a while back but now they've been reincarnated as a budget label. This is their first Amstrad release. It's reminiscent of games like Dig Dug and Quango, where you dig in the earth to collect objects, and avoid monsters, and has the same sort of panic nature with some exploration thrown in.

As Dogsbody you have to rescue 192 puppies from the castle stronghold of Dr Dogmush. The castle is a maze composed of 25 screens within which are contained the puppies in small groups, 50 gremlins and robots, flowers and rocks. The maze is composed of click screens so that often it is difficult to know what you will encounter when moving off one screen and onto another.

The groups of puppies are dotted all over the maze, many in the hardest to get at locations of course but flashing to indicate their presence. Most of the maze tunnels are filled with earth with the occasional clear area where all gremlins and robots may lie in wait. 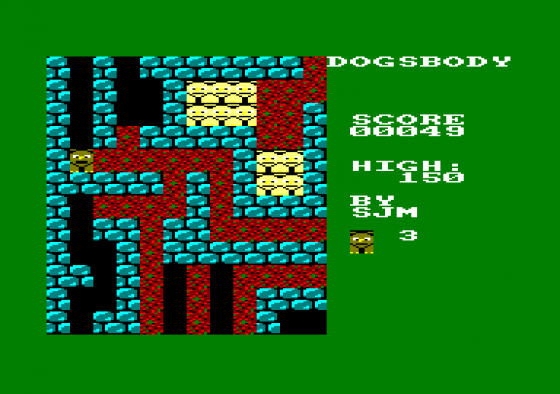 These nasty pieces of work are the defenders of the stronghold and if Dogsbody touches them he loses a life. Gremlins and robots are best avoided completely but sometimes there is no alternative but to release one into the maze. They are very persistent and will chase you all over so that they will have to be dealt with.

There are two main ways of dealing with this: either by crushing them with a rock or by blocking the trail behind you with a flower. The rocks are fortunately harmless to Dogsbody so that he can stand underneath them or have them land on his head with injury. Flowers can be used to block the way by removing the earth from above them and they will grow into the space. Again there is no danger to the canine hero who can stand above a growing plant without fear.

The graphics and sound are nothing to write home about but the game's quality lies in the addictiveness of the action. As you gradually explore more of the maze it becomes a real challenge trying to work out how to complete new areas and get the timing right to avoid the robots and gremlins. This certainly won't be an easy game to complete because it needs some luck as well as skill in choosing where to go.

This is an old idea but none the worse for that. It's executed with a certain amount of skill and charm, and is going to be far from easy to crack. While 25 screens might not seem a lot these days, each one is progressively more difficult and will require a lot of attention and speed to crack.

Executed with a certain amount of skill and charm, and is going to be far from easy to crack... although 25 screens isn't that big a playing area. 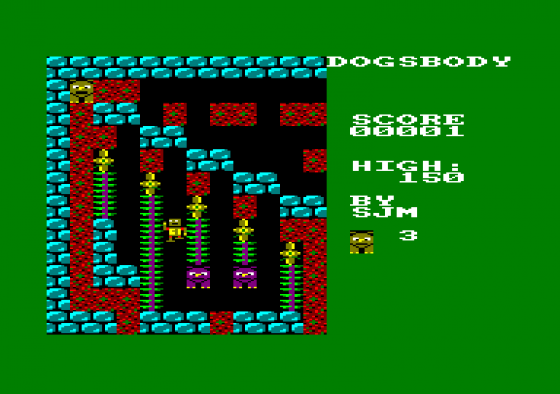 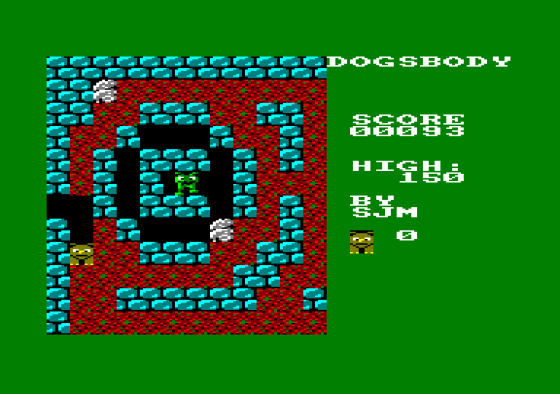