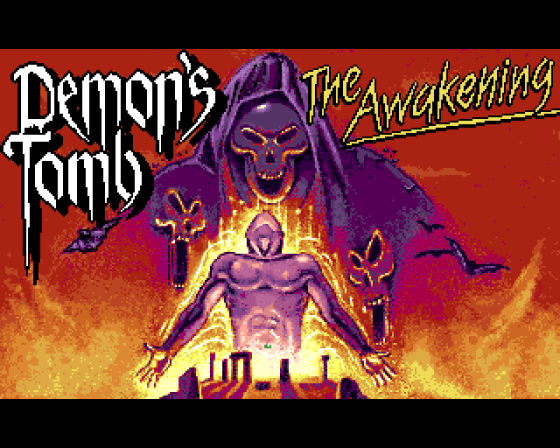 What do you call a moor that isn't? No, not a less but an exmoor. And it's here, in deepest, darkest Devon (and Somerset) that an ancient horror stirs. The very fabric of time and space is at risk as forces of good and evil prepare to battle. And guess who's in the thick of it (but thankfully you've got your trusty dog Sam with you... just in case things get woof).

While working in an archaic tomb, your father, an expert Egyptologist (What's he doing diggin' in Devon then?) dies a sudden and horrible death. His disappearance naturally causes concern and you set out to discover what's become of him.

However, plunging you straight in at the deep end, Demon's Tomb begins with you actually playing your father as he explores the tomb. Accidentally - or so he thinks! - his lamp tips over and ignites the dry leaves that lie on the floor of the tomb... just as the door clams shut. He suddenly has very little time in which to store his records in a place safe from the now-raging fire, especially if future explorers are to learn from his findings. There is no way to save your father though, he's doomed to die. 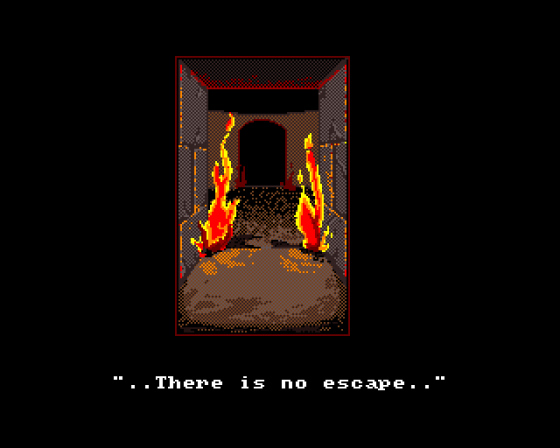 If he doesn't manage to save everything from the flames before they engulf him, completion of Demon's Tomb is impossible. Fortunately, you're given the chance to play the prologue again before entering the adventure proper.

In the main game, you play Richard as he strives to discover what's happened to his dad. Mapping is fairly logical and Demon's Tomb lets you wander around without any leaving to do anything to begin with. However, as you stroll, the clock ticks on. And, as there's a time limit to this adventure, it's best to get down to business quickly.

A good atmosphere is created using adequate text descriptions and attractive graphics. Humour nestles nicely in the prose; unlike many adventures it doesn't thrust itself at you but gently touches your arm, leans forward and whispers jokes in your ear - some of which nearly made me laugh. Try typing in Score... then hang onto your insides.

As well as having an extensive Examine routine (although you have to be carrying items before you can examine them), Demon's Tomb also includes a Think About feature which allows you to, erm, well, think about items and people you've seen or met in the game. This nice little feature provides more clues about your surroundings and experiences.

Although most problems and solutions are fairly sensible, some are not only illogical but downright bizarre. Not being able to carry the wooden pole across boggy ground (the weight drags you down) while your dog *can* I found very strange. And, whilst amid the oak wood, dropping an object then picking it up results in you being transported to a different location! Very odd, particularly as there's no indication of it being a magic wood.

The ability to customise the screen (40/60/80 columns, two columns of text, and Text or Menu option) is great and Demon's Tomb features many more really useful options: user-definable abbreviations (such as defining X for Examine), undo last move, previous line recall and edit, and ramsave/load. The Text or Menu option is most useful; playing in menu mode (pick 'n clock, basically) provides clues to playing because all examinable and Think About object are listed, plus all verbs and adjectives available.

The packaging claims that Demon's Tomb features 'Some of the toughest problems you'll ever tackle'. For me, this wasn't true, as I'm sure it won't be for any seasoned adventurer (if I were any more seasoned I'd be a Madras). Nonetheless, the game is good. I found it a little easy to make progress, but thoroughly enjoyed my romp through Devon. Well, who wouldn't?

It's not as tough as it claims. In fact, I found it a little easy to make progress... but I thoroughly enjoyed my romp through Devon. 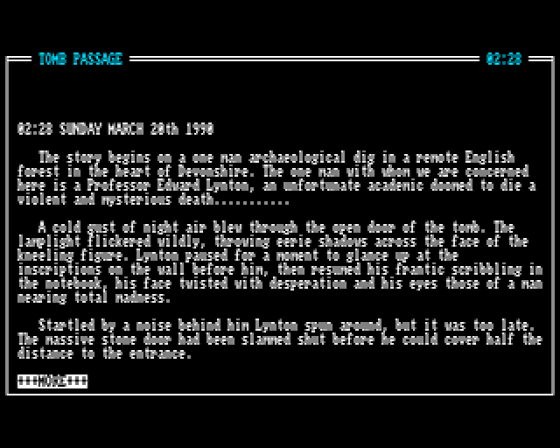 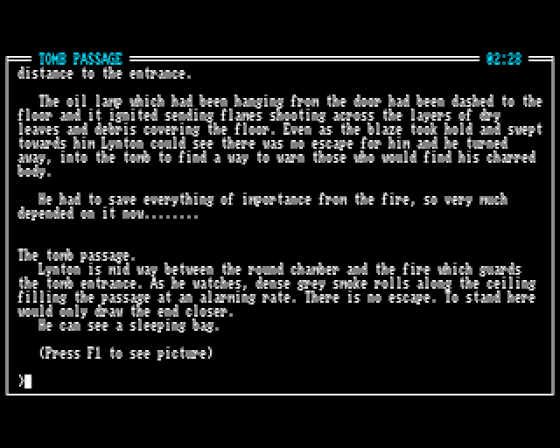 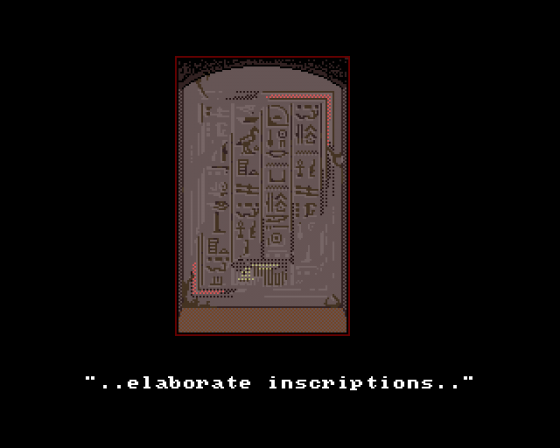 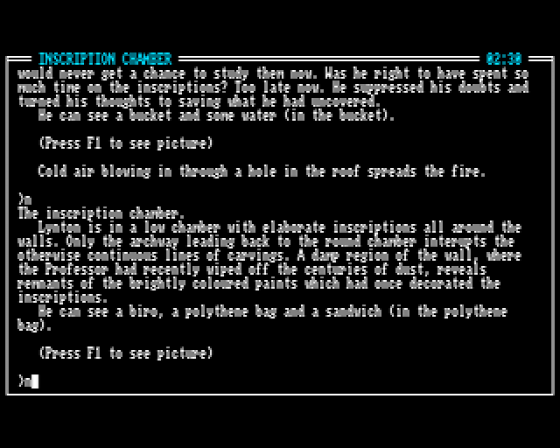 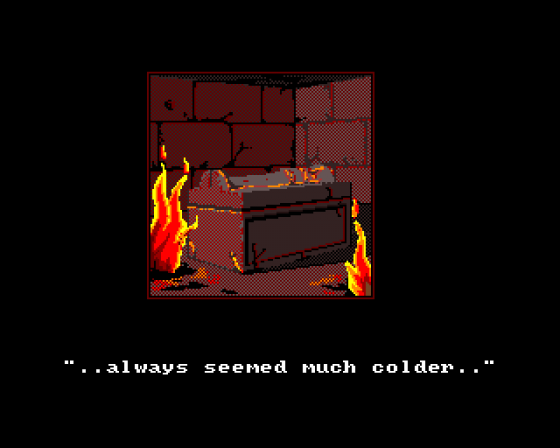 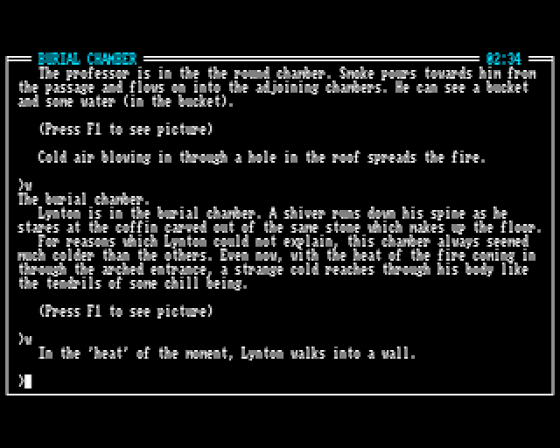 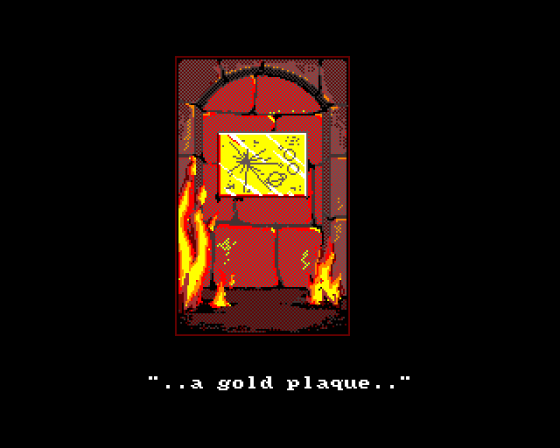