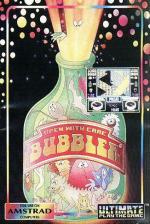 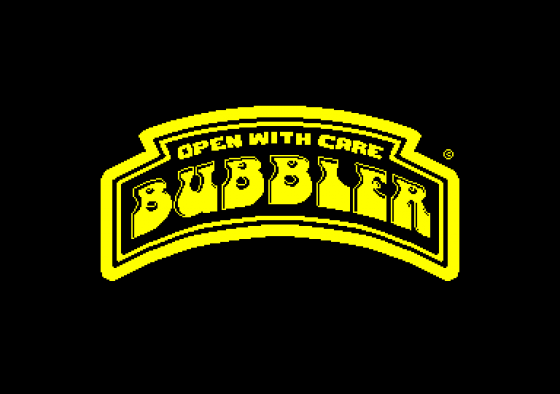 After our saying last issue that Ultimate had been quiet for a long while, it's released its second game in as many months. It's in 3D... but is a definite departure from previous Ultimate titles.

The idea is to explore a futuristic 3D landscape and cork alien bottles that are spewing nasty wotsits all over the place. You control a ball that spends most of its time on the ground looking like a flat tyre. You have two modes of travel - rolling and bouncing. The hard part is determining the direction.

You can move a pointer left and right and then push forward to move the ball that way. Pulling back causes the ball to bounce up; pushing forward straightaway will take it through the air. The level of control is quite fine and sensitive, but it is impossible to change direction quickly. Many deaths will result from that. 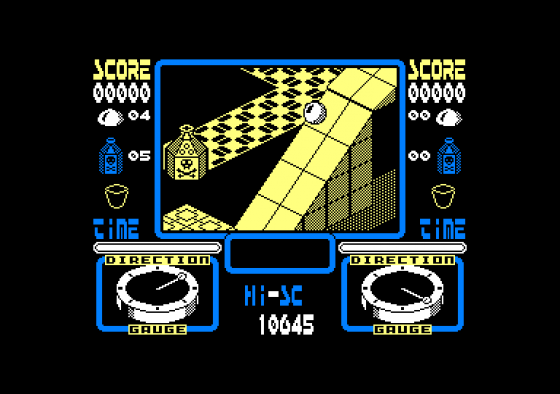 The landscape is composed of towers, slides, walkways and plateaus. You can roll up and down slopes and fall down chutes in some towers. When falling down a chute, you also pick up a cork to put in a bottle.

The bottles are scattered around and produce bubbles which will float around and turn into other objects. These can be dangerous - like crabs, annoying things that push you around - or even handy things like bonus points.

Other squares also produce things. And they are always unhealthy. You're armed with a gun that shoots in the direction of movement. Unfortunately this can't deal with towers that sit and shoot bullets out around them; rapidly avoid these. 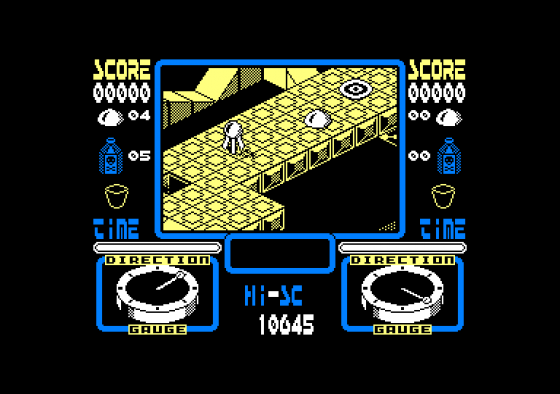 If you fall off into space, a spike punctures the ball - a fate awaiting many of the objects that materialize from bubbles. Bouncing on top of a bottle when carrying a cork will stop the production of bubbles. You have to cork several bottles before taking the exit to the next level.

It's an excellent game concept with many nice touches. But I feel it's let down slightly by the movement controls. These should have been simplified, leaving the player to concentrate on the puzzles. If you can get used to them it will provide lots of challenge and enjoyment.

Three-dimensional view, horrible mono-channel musical ditties and stunning graphics - it has all the hallmarks of another Ultimate game. I'm glad Ultimate has climbed out of its rut and is producing original games once more. Bubbler is amusing and isn't too difficult. Let down by awkward control.

Grab Factor 68%
P. Bottle-corking idea is novel.
N. Controls are awkward and slow the action down.

Detailed characters and animation... A departure for Ultimate, let down by awkward control. 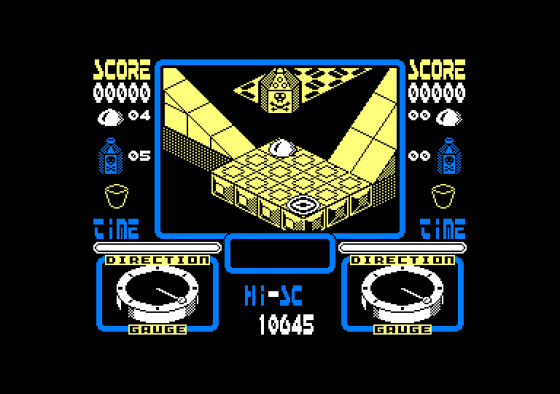