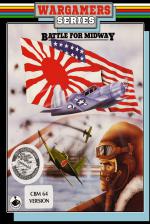 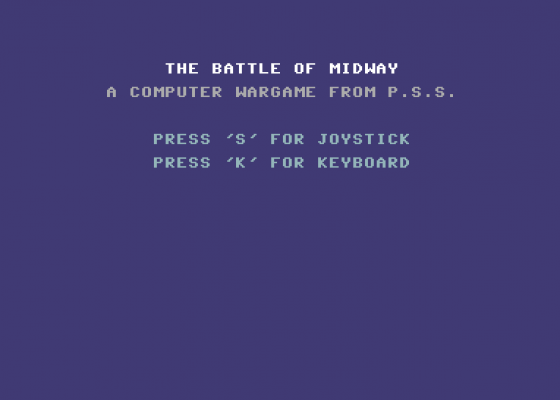 Although it can hardly be claimed to be a new product, Battle For Midway was, in its day, one of the most ambitious wargame titles ever released by a UK software house, in terms of production and scope. Now seems as good a time as any to have a look at this ageing game.

The game, as its title suggests, is a strategic simulation based on one of the most crucial battles from the Pacific; the Japanese attack on the US base at Midway Island six months after their devastating strike on Pearl Harbour. You play the part of the American forces defending the Island. Two fleets, two search aircraft groups and the variety of forces based at Midway are all you have to defend against a powerful and modern grouping of Japanese fleets.

Once the game is loaded, you are presented with several sequential options, including use of joystick, game level and game speed. The manual is presented in such a way as to guide you through your first game, a kind of learn as you play technique. Once the game type is selected, you are presented with a strategic display. Depending on the level of your game, the courses of the Japanese forces may or may not be shown. Using a cursor you can select information on any of your units, give movement orders, launch attack aircraft or just stay on holding status. Eventually, your search aircraft finds a Japanese fleet and it stays visible while the search unit remains in contact. You can select a search unit's report at this stage and you are shown an overhead view of the enemy fleet, giving you some idea of what to expect when your forces come into contact with it. 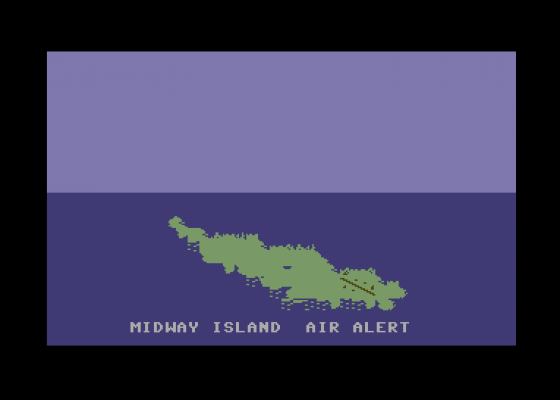 Combat is automatic when units are in a certain proximity, rather like the Zone of Control effect in conventional wargames. Combat is via the joystick. Depending on the nature of the opposing units, it could be air-to-air, air-to-ground or ground-to-air. The displays vary as a result, but from this point on, it's a case of how good your joystick handling ability is.

Airborne units must be used wisely in defence or attack formations and a watch must be kept on how much flight time there is remaining for a given unit before it plunges into the sea. Aircraft carrier decks must also be maintained wisely, if confusion is to be avoided during take offs and landings.

Strategy revolves around the fact that if you hit the Japanese Forces hard enough and before they manage to hit you, you've won. Essentially, this involves keeping the enemy off the island itself, keeping your aircraft carriers afloat and sinking the enemy carriers. Time is an important factor, as you set the rate at which time passes during the game. On a high level, the amount of time you have to respond to sightings is minimal. 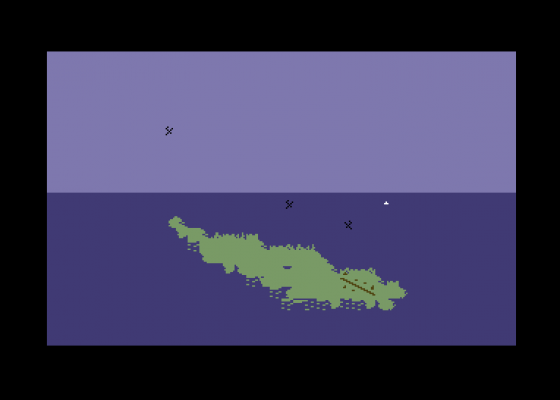 Battle for Midway has impressive points. Presentation is to a very high standard as far as British products go. The game itself is fast and responsive, with rules almost anybody could pick up. Nevertheless, from a wargaming point of view it is most seriously flawed. The main problem is the necessity of being successful in the arcade sections of the game. They don't really do that much harm to the game as such (although the graphics could have been better), but they are out of place in a wargame.

The argument could be taken from the opposite point of view. The strategic elements are out of place in an arcade game. Unfortunately, the two different kinds of gaming do not merge well, and the result is a sad mishmash of incongruity and plain incoherency. The authenticity of the game suffers heavily as a result. If you are in command of the US forces (as the manual suggests), you should hardly be responsible for personally shooting down enemy aircraft. Perhaps PSS tried to please everybody by bringing out a commercially appealing wargame, but I expect they pleased very few in the end. 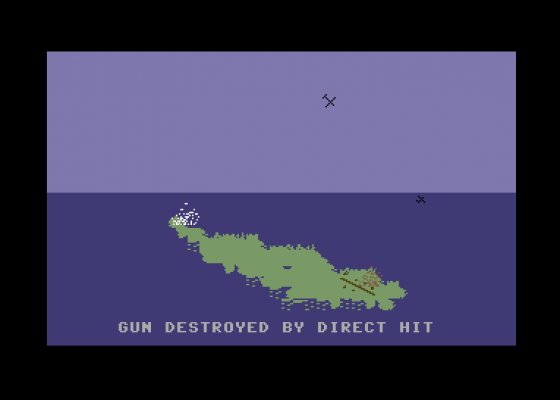 Graphics 71%
Good use of strategic display and silhouettes but poor in arcade sections.

Authenticity 49%
In map mode, movement and intelligence are well handled but the arcade sections make a farce of the rest of the game.

Value For Money 56%
Can provide a challenging game on high levels but for all the wrong reasons.

Overall 51%
Bad judgement from a marketing point of view, rather than bad programming makes this a mundane product.

Good use of strategic display and silhouettes but poor in arcade sections. 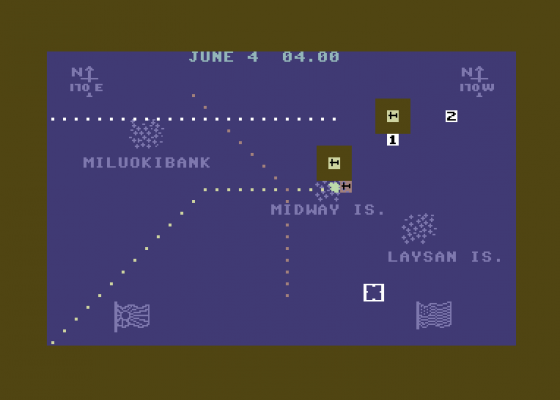 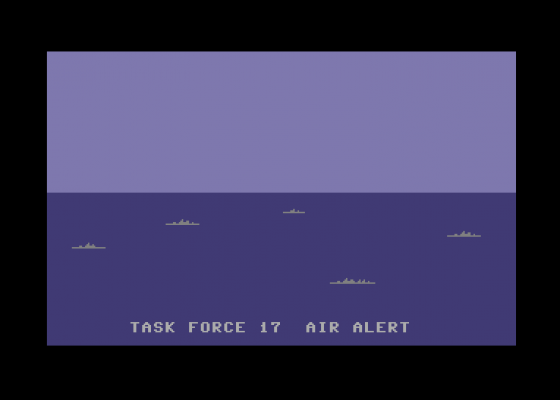 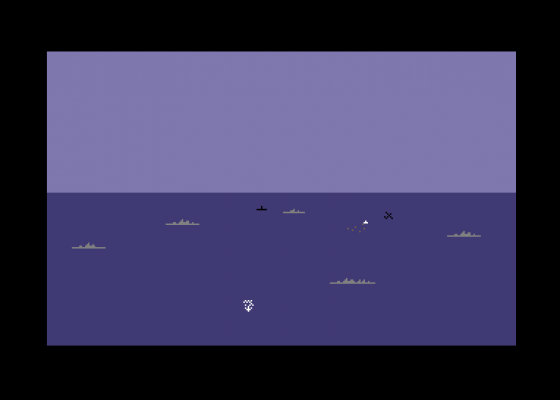 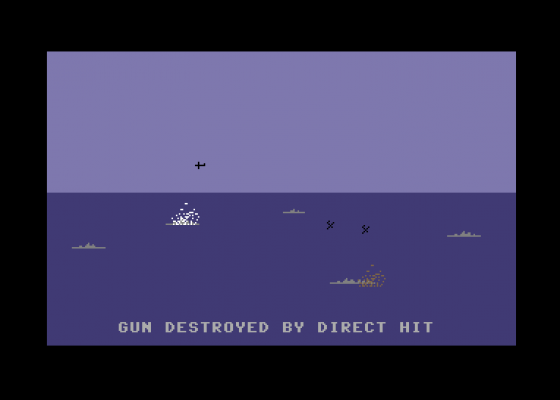