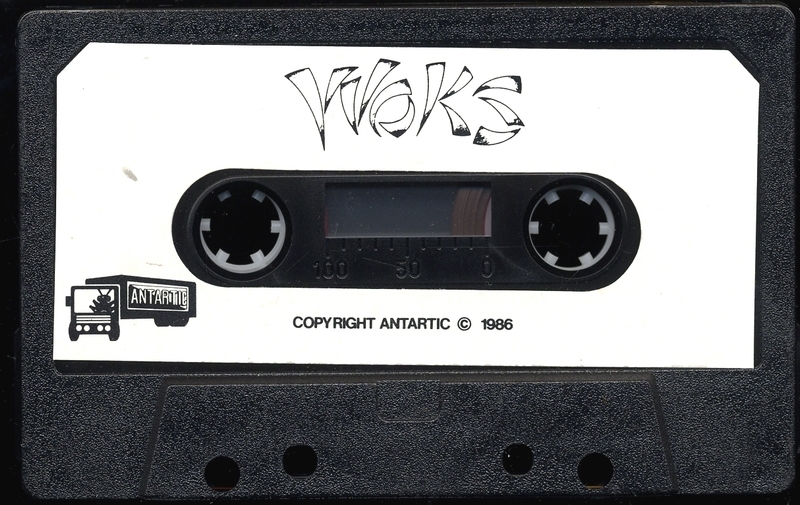 A platform game written in BBC Basic where you must collect the woks from colourful screens.

Many years ago the tyrant emperor, Who Dun Pong, decided his subjects were getting too fat. To defeat the flabby uprising he told his guards to go throughout the land and confiscate everyone's wok and stop people from eating unhealthy, fattening, greasy food.

Emperor Pong hid all the Woks in the palace strong rooms, and placed members of his elite forces to guard them. You as the people's champion have been chosen to get their WOKS back.

There are nine rooms containing the Woks, unfortunately some rooms have more guards than others; the first three have only one guard in each, the next three have two in each, the last three rooms have three guards in each. The only advantage you have is that the guards are highly disciplined and never change the route of their patrol. You must learn the routes if you are to have any chance of defeating them.

The Woks have been evenly distributed about the rooms, eight in each. Once you have collected all the Woks you then must get the key to open the exit door to the next room.

You have a limited time in each room indicated by the counting down bonus score. If the bonus reaches zero you lose a life. Remember that you only have four lives - you can't afford to waste any.

If by some miracle you manage to clear all nine rooms, you are returned to the first one to begin your quest. Only this time the action of the guards is a lot faster.