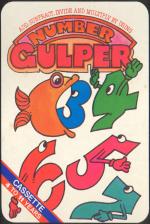 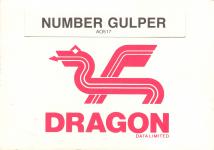 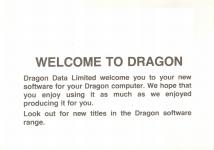 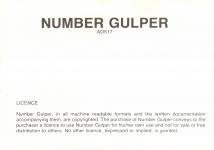 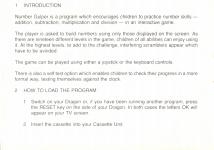 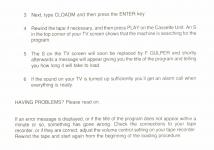 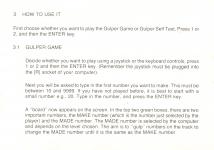 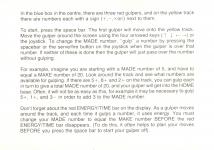 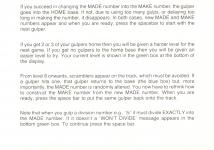 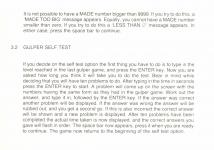 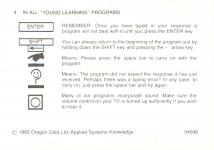 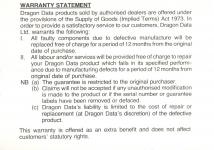 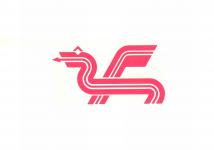 The closest you could get to an arcade maths game... Children enjoy it greatly... It encourages fast mental activity. Read Review

Compares well with the other educational software currently available, and my daughter enjoyed it. Read Review

Number Gulper is a program which encourages children to practice number skills - addition, subtraction, multiplication and division - in an interactive game.

The player is asked to build numbers using only those displayed on the screen. As there are nineteen different levels in the game, children of all abilities can enjoy using it. At the highest levels, to add to the challenge, interfering scramblers appear which have to be avoided.

The game can be played using either a joystick or the keyboard controls.

There is also a self-test option which enables children to check their progress in a more formal way, testing themselves against the clock.

First, choose whether you want to play the Gulper Game or Gulper Self Test. Press 1 or 2 and then the ENTER key.

Decide whether you want to play using a joystick or the keyboard controls, press 1 or 2 and then ENTER. (Remember the joystick must be plugged into the right hand port of your computer.)

Next you will be asked to type in the first number you want to make. This must be between 10 and 9999. If you have not played before, it is best to start with a small number, e.g. 20. Type in the number, and press ENTER.

In the blue box in the centre, there are three red gulpers, and on the yellow track there are numbers each with a sign (+, -, x or /) next to them.

To start, press the space bar. The first gulper will move onto the yellow track. Move the gulper around the screen using the four arrowed keys or the joystick. To change the MADE number, "gulp" a number by pressing the spacebar or the serve/fire button on the joystick when the gulper is over that number. If neither of these is done then the gulper will just pass over the number without gulping.

For example, imagine you are starting with a MADE number of 5, and have to equal a MAKE number of 20. Look around the track and see what numbers are available for gulping. If there are 5+, 8+ and 2+ on the track, you can gulp each in turn to give a total MADE number of 20, and your gulper will get into the HOME base. Often, it will not be as easy as this, for example it may be necessary to gulp 5+, 1+ and 3- in order to add 3 to the MADE number.

Don't forget about the red energy/time bar on the display. As a gulper moves around the track, and each time it gulps a number, it uses energy. You must change your MADE number to equal the MAKE number *before* the red energy/time bar disappears. (To do this, it often helps to plan your moves *before* you press the space bar to start your gulper off.)

If you succeed in changing the MADE number into the MAKE number, the gulper goes into the HOME base. If not, due to using too many gulps, or delaying too long in making the number, it disappears. In both cases, new MADE and MAKE numbers appear and when you are ready, press the Spacebar to start with the next gulper.

From level 8 onwards, scramblers appear on the track, which must be avoided. If a gulper hits one, that gulper returns to the base (the blue box) but, more importantly, the MADE number is randomly altered. You now have to rethink how to construct the MAKE number from the new MADE number. When you are ready, press the space bar to put the same gulper back onto the track.

Note that when you gulp a division number e.g. '5/' it must divide *exactly* into the MADE number. If it doesn't, a "WON'T DIVIDE" message appears in the bottom green box. To continue press the space bar.

If you decide on the self test option, the first thing you have to do is to type in the level reached in the last gulper game, and press the ENTER key. Now you are asked how long you think it will take you to do the test. Bear in mind while deciding that you will have ten problems to do. After typing in the time in seconds, press the ENTER key to start. A problem will come up on the screen with the numbers having the same form as they had in the gulper game.

Work out the answer, and type it in, followed by ENTER. If the answer was correct, another problem will be displayed. If the answer was wrong, the answer will be rubbed out, and you get a second go. If this is also incorrect the correct answer will be shown and a new problem is displayed. After ten problems have been completed, the actual time taken is now displayed, and the correct answers you gave will flash in order. The space bar now appears, press it when you are ready to continue. The game now returns to the beginning of the self-test option.