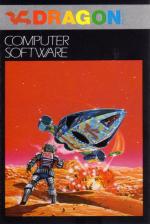 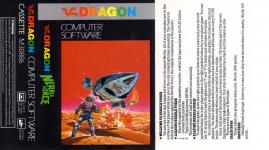 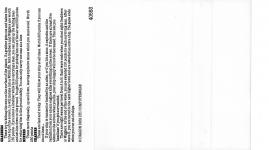 Nothing special, but Defender fans will enjoy it. Read Review

You are one of the last human survivors on the planet Nerble. All of your comrades are on the surface of the planet while you are in the only remaining human spaceship. Your task is to defend the humans against the Nerble Force (the original inhabitants of the planet).

You control your ship's movement with the right joystick, using the fire button to fire your phasers. You start the game with four ships and are awarded an additional one every 50,000 points. The game ends when you have lost all of your ships.

Since only part of the planet can be seen at any one time, the bottom part of the screen displays a long range scanner. Your ship is displayed as a dash and the aliens as dots.

There are six types of Nerbloids:

If your ship is rammed or bombed by an alien, or if you hit a mine, it explodes and the radiation from your atomic engines kills everything on the screen. If there are at least five aliens on the screen when you die, your ship supply will not be decreased. This lets you 'kamikaze' if you get surrounded.

There are eight waves per level from A to H. Each wave ends when you shoot eight Grabbers or Wigglers. At the end of the wave, you are awarded 100 points for each surviving man. After wave H, you are moved to the next higher level and are awarded an extra ship. The game ends when you run out of ships.

CLOADM (ENTER) The program will load and execute automatically.