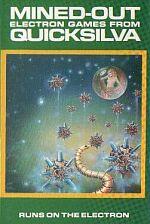 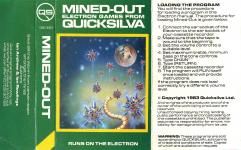 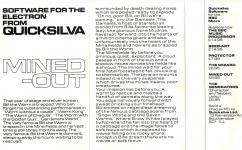 Save Bill the Worm from certain death amongst the mines!

That star of stage and silver screen Bill the Worm is trapped. Who can forget his outstanding performances in "Worm without a cause", "Worm Kong", "The Worm of Dracula", "The Worm with the Golden Gun", "Gardeners' World".

"Oh no, poor Bill, oh Bill, we're coming!" cry the Damsels. The Damsels, a host of starlets all cloned from Bill's favourite leading lady; the glorious Nora Mudroe; have lept forward into the hearts of a million cinema-goers and also unfortunately into the heart of the Mine Fields and now are as trapped as Bill the Worm.

The Minefields lay before you, ominous, quiet, expectant. A cloud passes in front of the sun and a shadow races across the fields like a shroud. The mines wait for your final fatal footstep to fall, chuckling to themselves. The tension mounts indeed it is this very suspense which drives the mines insane, poor creatures.

Your mission lies before you: A worm to rescue and maybe a handful of damsels along the way. You edge nerviously forward with sweat pricking your forehead... Bill snores on regardless dreaming of the famous cabbage scene from "Snow White and the Seven Worms" where Snow White (played by Nora) and he fell into the heart of a cabbage and the image faded to soft focus replaced by waves falling on a rocky shore, except in Bill's dream, there are no waves or soft focus...