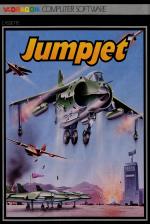 Is this the right version of Jump Jet? Some machines received different versions with the same name. 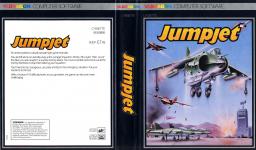 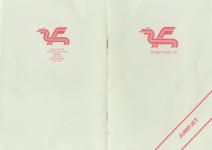 Graphically it's OK, and the program does boast some rather novel computer-speak. Read Review

Exciting and quite addictive, though I would have expected the scroll routine to move faster. Read Review

You are left alone on standby duty at the Jump Jet Squadron Airstrip. All is quiet. Then, out of the blue, you are caught in a surprise enemy attack. You must scramble and knock out all the enemy bombers to stop them blitzing your squadron.

You'll need to be courageous, accurate and fast in this emergency situation. Put your reactions to the test.

With a choice of ten difficulty levels, as you get better, the game can become more challenging.

You are alone, on standby duty, at the Jump Jet squadron airstrip when the enemy launch a surprise attack. You must scramble and knock out all enemy bombers to prevent them blitzing your squadron, still on the ground. While you go about your task you will have to avoid the bombers' escort fighters.

When all the bombers have been eliminated, you will be able to fly over a mountain range, a beach and the sea to strike the enemy fortress on its island.

The game includes a range of ten difficulty levels including level zero which is a special level with minimal hazards suitable for absolute beginners or young children.

The game begins by displaying a title screen. After loading you will be asked to enter the difficulty level you require. This will affect the number of bombers which will attack the airstrip, the speed of the jump jets and enemy fighters, the distance to the island and the speed of the landscape scroll.

Your "Pilot Briefing" will then be displayed. After about twenty seconds, you will be able to press Fire to begin the game.

Your jump jet can climb, hover, cruise and swoop. Push your joystick forward (12 o' clock) for height and to the right for speed. Pressing Fire will cause a rocket to be fired in the direction in which the jet is facing.

During play, the following will be displayed on the screen:

A few other points you may find useful are:

The 2 most recent sales for this item are as follows: