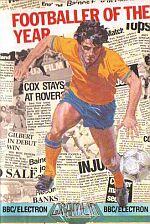 Footballer Of The Year (1987) (BBC/Electron, Cassette) 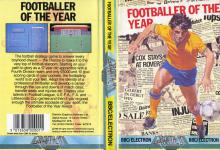 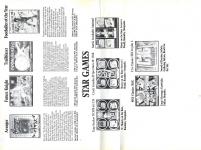 This item contains versions of Footballer Of The Year for BBC/Electron and BBC B/B+/Master 128.

It's too easy... I managed to win the award three times in a row! Read Review

Like the competition, there aren't any graphics, but this doesn't detract from the gameplay at all, as the fun is in buying and selling, allocating funds and so on. Read Review

Footballer Of The Year is a game which requires very little thought and a lot of luck. Read Review

The football strategy game to answer every boyhood dream - the chance to make it to the very top of football stardom. Starting on your path to glory as a 17-year old apprentice with a Fourth Division team and only £5,000 and 10 goal scoring cards in your pockets, the footballing world is at your feet. Adopt the identity of a professional footballer and develop a career through the ups and downs of match days, transfer deals and injuries etc. Display your talents in Football League, U.E.F.A., F.A. and Littlewoods Cup games and then if you're good enough the ultimate accolade of your sport, the Footballer of the Year Award.

In this exciting game, you adopt the role of a professional footballer. You start your career at the age of 17 with £5,000 in cash, 10 goal cards and the footballing world at your feet. The aim is to develop your career and be nominated Footballer Of The Year.

Upon loading the game, you will be asked "Load A Saved Game (Y/N)?". If you have played the game before, your previous game can be loaded and continued from where you left off.

Follow the prompts on the screen and enter your name and select the starting division. It is recommended that you start in division 4 and develop your skills from this easiest level.

The on-screen icons correspond to the following:

This section shows your team's league position, the morale of the team, the goals scored in cup matches and league matches.

Your rating as a footballer is displayed as bar graphs depicting status points, your current league and your weekly earnings.

These can be purchased at varying prices depending on which division you are in. Upon buying a card you have the chance of being spotted by a 'scout'. If the 'scout' finds that you are a suitable player then you are a suitable player then you will be transferred to another club either in the same division, or a higher division. If you are successfully transferred, you will receive a player's fee plus the chance of a higher salary.

An incident card can be purchased for £200. This section is a bit of a gamble, but can prove very lucrative. However, on the other hand you risk losing money.

When this option is selected, you are given the chance to purchase goal cards. Goal cards can then be used in any of the matches which you will play. The value of a goal card will be between one and three. It is up to you to use your skill and judgement as to when the cards are used. For example, if the value of a goal card is two, then you have the chance of scoring two goals in that game.

This is where your skill as a player will be needed when you enter the arcade sequence and attempt to beat the defenders and score a goal or take a penalty.

Results for the matches will then be printed on the screen and from these you will be able to deduce if your goal cards have been played wisely. This will enable you to enable you to alter your strategy for future games if necessary.

Remember all the time you are aiming for the ultimate accolade, to be awarded the title Footballer Of The Year. 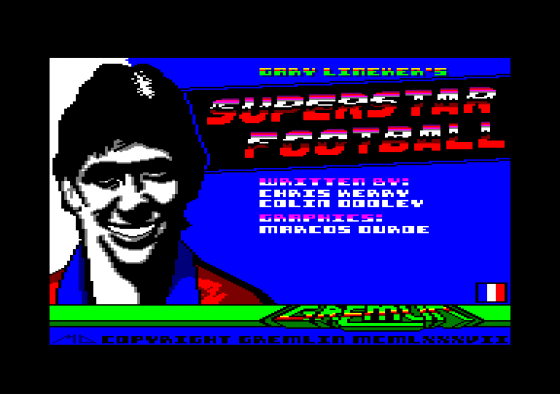 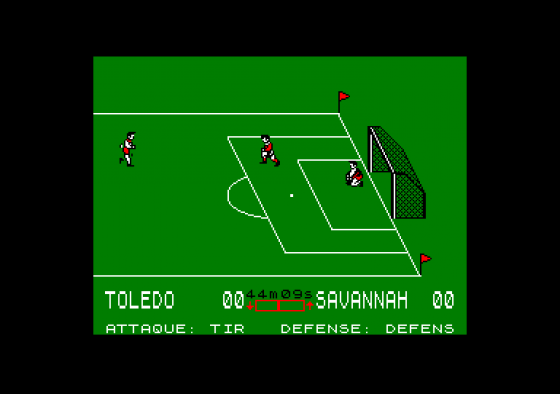 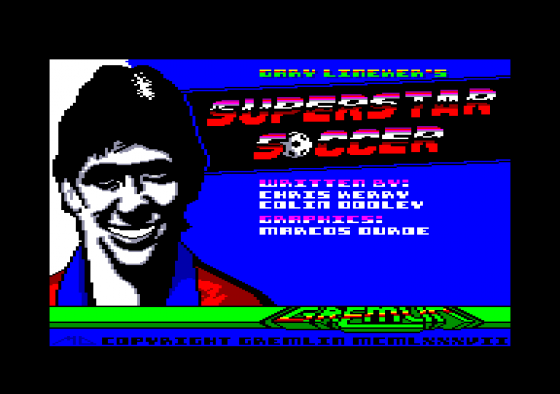