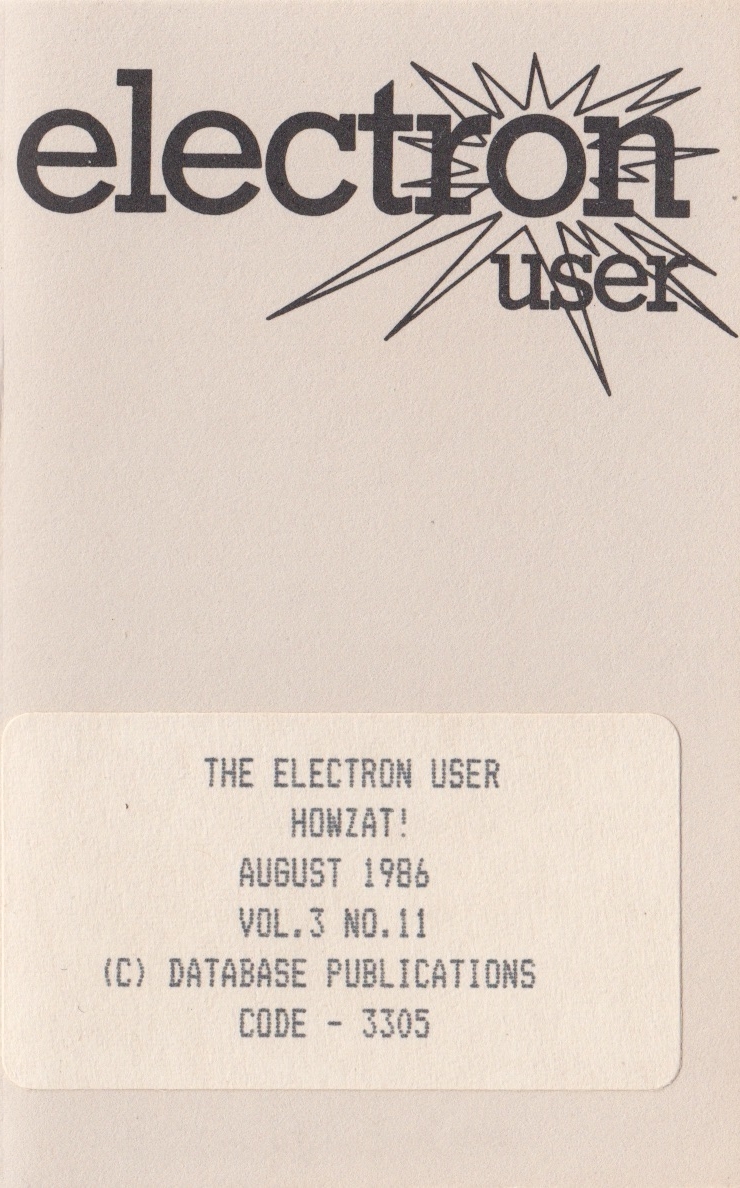 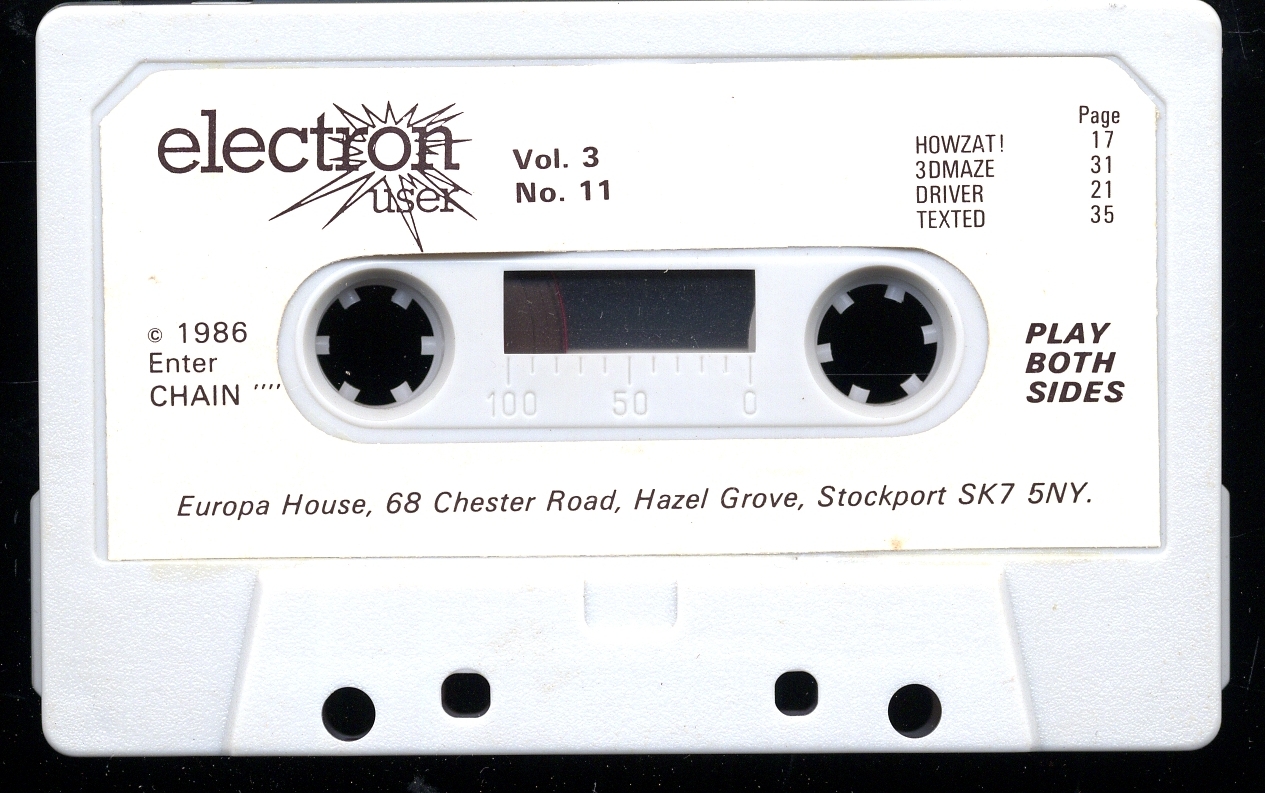 HOWZAT! simulates a full innings between England and Australia or teams of your choice. After entering the teams you want you must choose which players are to bowl, in order to skill. The game then begins.

Once into the game you are shown the scorecard at the beginning of each over and select a new bowler. The current batsman facing and the last bowler are highlighted.

The player controlling the fielding team should press 1 to 6 - but not the previous bowler's number - to select the new bowler. The batting player can press D to declare.

The main screen is a graphic representation of the pitch. At the top is the scoreboard showing the teams' scores, wickets lost, the batsmen;s scores and the bowler.

The Electron will automatically bowl and try to hit the ball - success depends on the respective skills of the bowler and batsman. If the ball is hit the player batting will be asked if he wishes to run or not.

Every time a wicket is lost the program will return to the scorecard to select the new batsman.

If you wish to have a limited overs game, then simply declare after a fixed number of overs.

If you want to play twice - hence a two innings match - then you won't want the program to automatically declare after the second player has exceeded the first's score, so change 670 to:

Help! It's the morning after the night before, and you've just woken up with a terrible hangover in a maze of lookalike twisty turny passages.

It must have been a good party, as you can't remember a thing, not even how you got here.

Can you find your way out or are you doomed to wander these corridors till the end of time?

You can see 1/49th of the maze, displayed in 3D, but if you can find it there's a map showing you the way out.

Unfortunately, it's in the form of a large keyhole and you'll need the keys to get through. You'llfind them scattered throughout the maze.

The keeper of the maze resents your intrusion into his property and is hot on your tail and after your blood. Don't let him catch you!

There are three different mazes and you start off in the first and two keys to collect. The number needed increases with every maze and the keeper gets meaner and faster.

When typing in MAZE MAN don't enter any unnecessary spaces - and this includes the one after each line number - or you'll run out of memory.