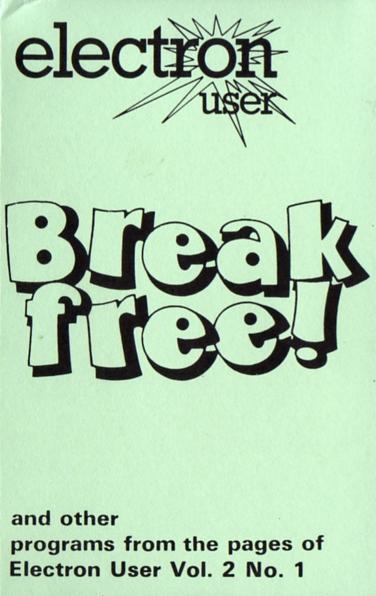 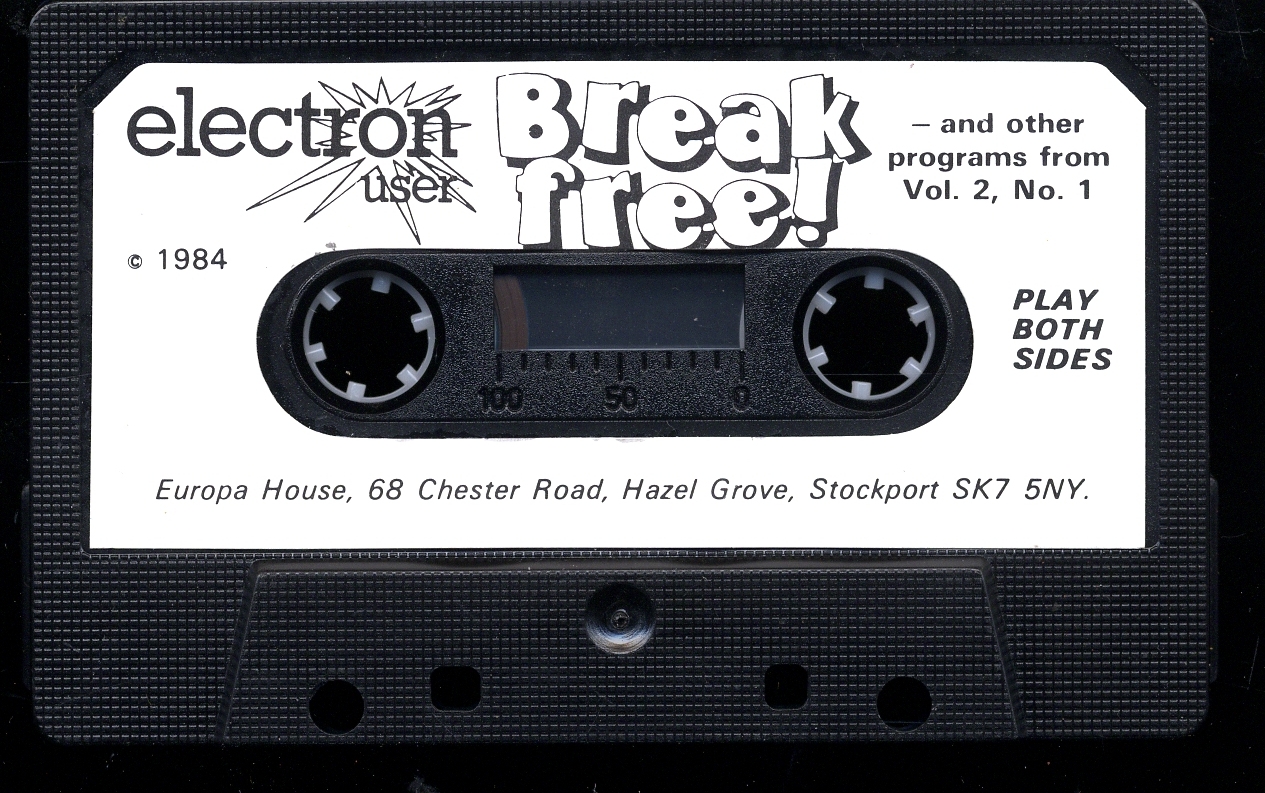 The Electron becomes a brain-teasing machine with ALPHASWAP, a solo logic game from Peter Hart.

When you run the program the first sixteen letters of the alphabet are displayed - in order - on the screen.

Then the micro mixes them up, leaving you the job of getting them back to the original alphabet.

But it's not as easy as it might seem. To get them back into order you have to pick groups of four letters at a time and rotate them in an anticlockwise direction.

This is done by telling the Electron the top left letter of the four you want to move.

And that's all there is to it. The rules are simple - the game itself isn't!

If you fancy yourself as a mental athlete, then ALPHASWAP is the game for you.

BREAKFREE, written by Jonathan Church, is an Electron version of the arcade classic, and it's a must for action game freaks.

You control a yellow bar at the foot of the screen. A red ball darts around, bouncing off anything it encounters.

You must attempt to bounce the ball against every brick in the wall. Unfortunately, the ball does not always leave the wall at the same speed that it hit it, so you have to be able to react quickly.

You start the game with three bats but you get a bonus bat every time a wall is totally cleared, along with an extra 500 points and a small tune.

When a wall is cleared a new one will be built lower down the screen - giving you less time to manoeuvre your bat into a position where it is possible to hit the ball.

And to make things even more difficult the speed of the ball will increase.

Lives are lost when you fail to hit the ball with the bat. When all lives have been lost, you will be played the first few bars of the Death March.

If your score is high enough you will be asked to place your name in thie high score Hall of Fame table.

When the program starts you will be given some brief instructions which tell you what keys to press to move the bat, and how many points the different colours bricks score.

You will then be asked what sound options are required. There are four of these - total sound on, total sound off, game effects only and tunes only.

As well as being able to choose the sound at the start of the game it is also possible to change it during actual play by pressing the relative key - 1, 2, 3 or 4.

Then you will be asked for the ball speed - fast, medium or slow.

During play you can halt the action by pressing RETURN. The game will resume from where it stopped by pressing any other key.

Suggested Extensions:
The wall can be made to move further down when a screen is cleared by increasing the value of WA% in line 170.

By changing the string value of k% in line 1170 any keys can be used to move the bat left and right.

The initial speed of the ball can be increased by changing the value of bndelay% in line 2080. The smaller the value, the quicker the action.

Also the responsiveness of the bat can be altered by changing the values of the *FX calls in lines 830 and 840.

For more information on these *FX calls, see Appendix D on page 281 of the ELECTRON USER MANUAL.