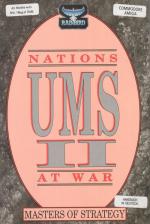 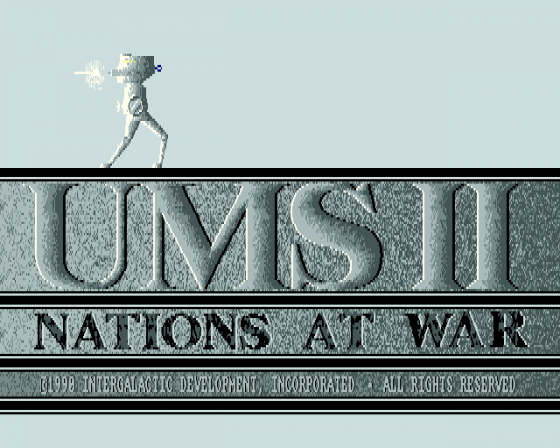 Looking at the games that come into Amiga Power, every batch of new releases seems to contain another new wargame. However, the only real difference between most of them is the scenario - and the starting conditions. Surely if someone somewhere made a game where all the relevant variables were changeable, and there was the ability to add on scenario disks and create your own conflicts, they'd have the game to end all wargames. Which is exactly what Rainbird have tried to do with Universal Military Simulator II: Nations At War.

It's ambitious alright, but how well does it work? Well, it's certainly the most comprehensive and complex battle simulator around on any computer, and spread over four disks, it's a biggie. In fact, the game is only on a single disk, with each of the three scenarios on one each: Alexander the Great; Napoleon and Operation Overlord, better known as the D-Day landings.

UMS II is unbelievably complex and here lies its claim to being as much a battle simulator as a wargame. In addition to the usual modifiers of Experience, Leadership qualities and Morale, the player can also set numerous other options that all have their own subtle effects on the situation. Take attrition for example. Altering the attrition rates for troops (the rate at which they are worn down by the pressures of battle) alters their morale and leadership levels, which in turn has a further effect on their attrition rate. 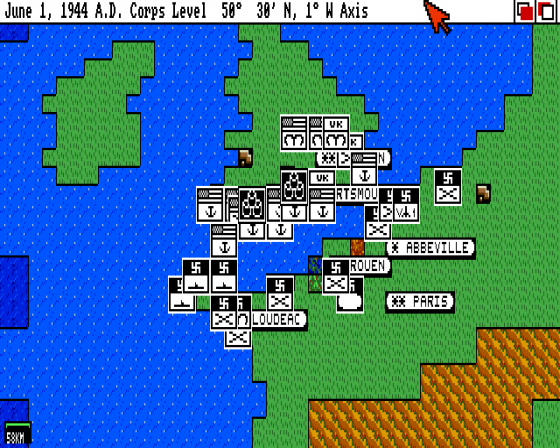 Even experienced wargamers will find the options offered by UMS II bewildering. Troops don't just attack or defend - they can also screen, hold or assault. Air units can patrol, escort, bomb attack and intercept, while sea units evade, attack, avoid or launch off-shore salvos. And so it goes on.

Once you've mastered the rudiments of straightforward battle, you can take a step back from the world of moving units and armies to manipulate the political situations in the countries which you hold. You can set the tax rates, morale of the citizenry, speed and effectiveness of production, and so on.

Sounds good so far? Well, with any game of this size you might expect a few flaws. UMS II is a little slow and the graphics range from the utilitarian to the downright ugle (i don't care if this is how wargames have been done before, there's no excuse for bad graphics any more). But the game's fatal weakness is not the program at all, but the manual. If you think that a game of this complexity needs a detailed and exacting manual... you'd be right. If you thought such a thing would be included with a game of this quality, sadly, you'd be wrong.

The manual provided is a chunky perfect-bound book, very smart, glossy and a good read. It contains an excellent reference guide to the commands and terms used and is solidly packed with tertiary information (even right down to the elective principal and ethos of early Macedonian society!). But despite this apparently comprehensive approach the essential third of the manual - an introductory tutorial section - is noticeable by its omission.

Picture the scene. You rip open the box, and insert the game disk into your Amiga. After the clever little animated title sequence, you're presented with a message telling you to back up, a menu bar and, erm, that's it. So, you choose a scenario (say Alexander's campaign), load the disk and suddenly there's a map of the Eastern Mediterranean and you're dropped into the middle of the biggest and bloodiest war the Ancient world had ever seen. There's no tutorial, no handy on-line help system, nothing. If you have a reasonable amount of experience of this kind of game, you are going to be soundly thrashed for the first few games until you get the hang of what's going on.

There are many specialist interest areas of Amiga games that are now making the cross-over into the mainstream. Flight sims are a prime example. UMS II is the most complete battle simulation of its kind and it could have been the program to give wargames the same wider appeal. In the end, however, UMS II falls into the trap of most wargames, in that it appears to have been written for the exclusive club of gamers who are already obsessed by the subject. The novice player is thrown into a vast battlescape with very little aid from the ultimately interesting, but immediately useless, manual.

More scenarios and a Planet Editor are already planned for release and UMS II looks set to become the biggest thing since, well, since the original UMS. Some people will love it, but it will probably never reach the much greater audience it could have done because of its nasty knack of throwing the player headlong into full-scale wars - a problem only compounded by the impenetrable manual. This being the case, my overall opinion reflects the view of a seasoned wargamer.

Comprehensive and capable battle simulation game spoiled by a horribly unfriendly player interface and a tendency to throw you right in at the deep end. And it's one meg only.

A comprehensive and capable battle simulation game spoiled by a horribly unfriendly player interface and a tendency to throw you right in at the deep end. 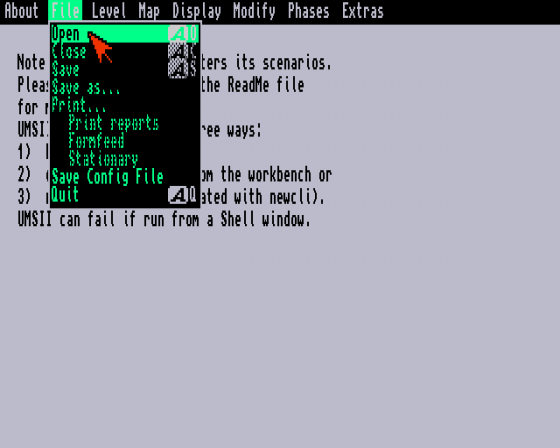 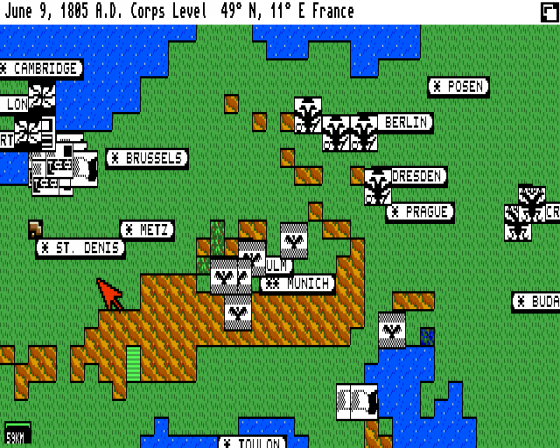 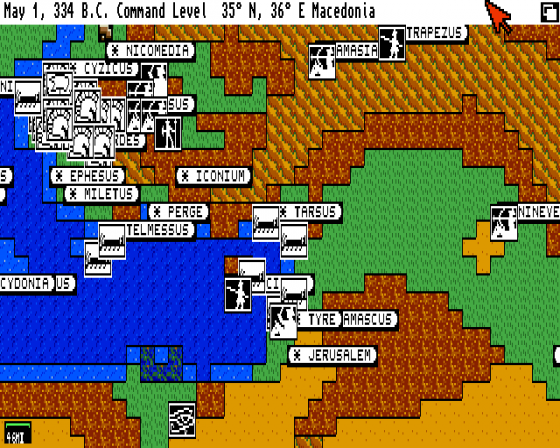