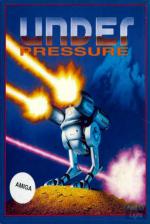 Under Pressure | The Bottom Line 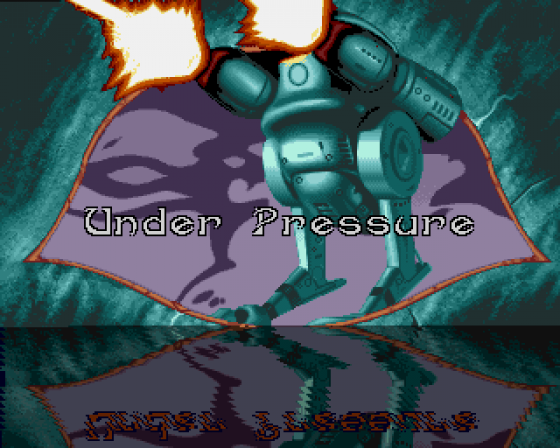 A 'tribute' going on here, I think. This horizontally-scrolling shoot-'em-up from star programming geezers Eldrith The Cat (best known for the fab Projectyle) owes so much in feel to Psygnosis games in general and Shadow Of The Beast in particular, that I suspect it's all been done as some giant practical joke.

'Giant' is certainly a word that's applicable in other areas here, as the main sprite's easily the biggest I've seen for quite some time, but unfortunately 'joke' is also a highly apt term for a game which is the crappiest load of crappy old crap I've been forced at gunpoint to play all month. There's no getting away from the fact that it's dreadful, and the main reason for that is that there is no actual game in here.

Your huge sprite lumbers along through an uneventful landscape, shooting the odd baddie and dodging the odd laser beam fired from the ceiling (a good way to avoid all the lasers on Level One is to keep the joystick held to the right all the way through the level without stopping, tip fans!) Occasionally there's a pit of something exciting like that to cross, and after five or six minutes you'll reach Level Two, which is largely the same but with different graphics. 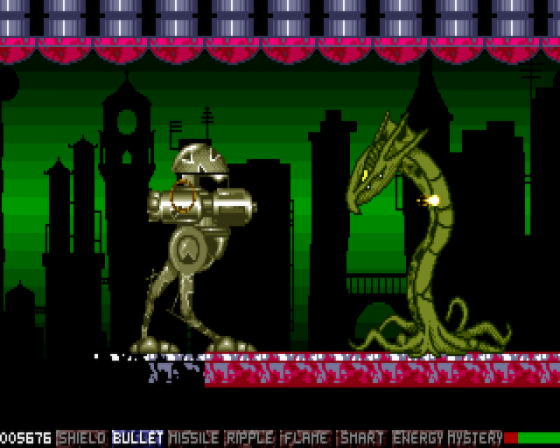 Throughout this involving and demanding experience, you'll encounter lots of static baddies which you can kill by standing out of their reach and firing a lot, and lots of sections where the screen dimensions force you to take a leap into the unknown in search of the next bit of floor.

It's almost as if old Eldritch deliberately set out to satirize Psygnosis' tendency towards games with lovely graphics and no gameplay, and if so they've done a great job of it. Literally incredible.

And people said Rodland lacked depth! Maybe this is just too clever for me. Maybe I'm missing something really important. But d'you know, I doubt it.

Under Pressure | The Bottom Line

There's no getting away from the fact that this game is dreadful, and the main reason for that is that there is no actual game in here. 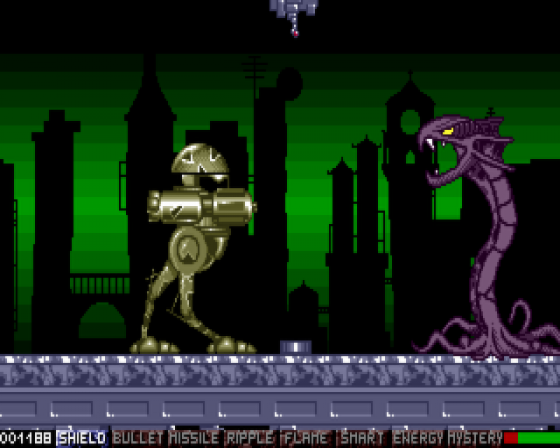 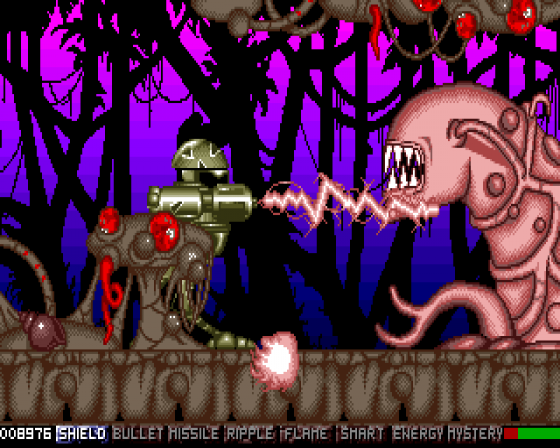 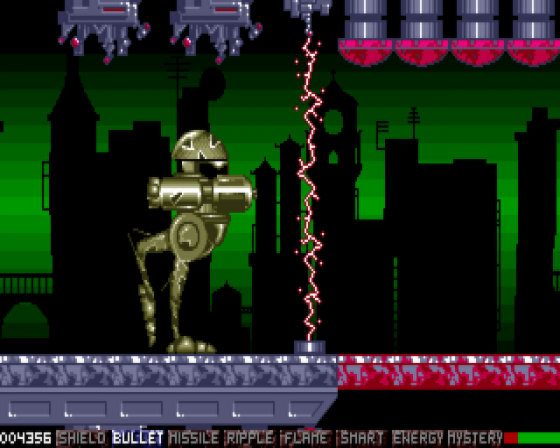 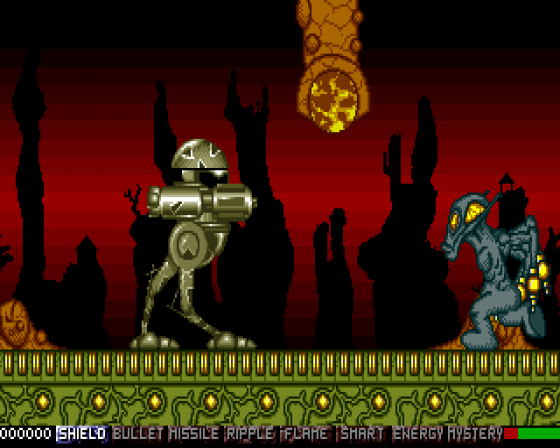 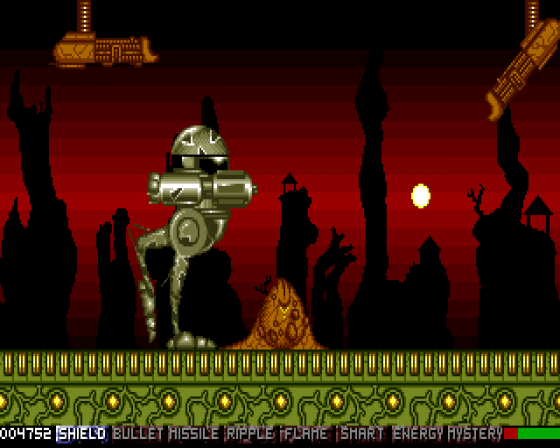 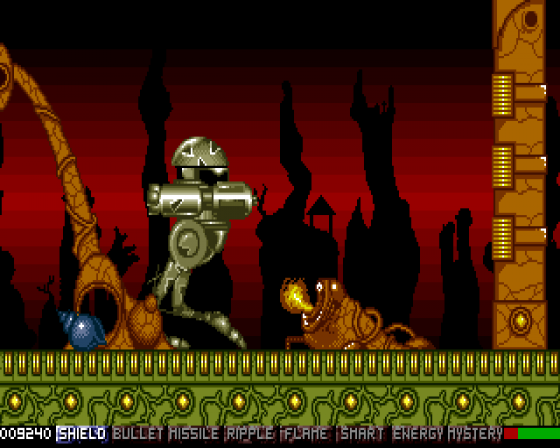 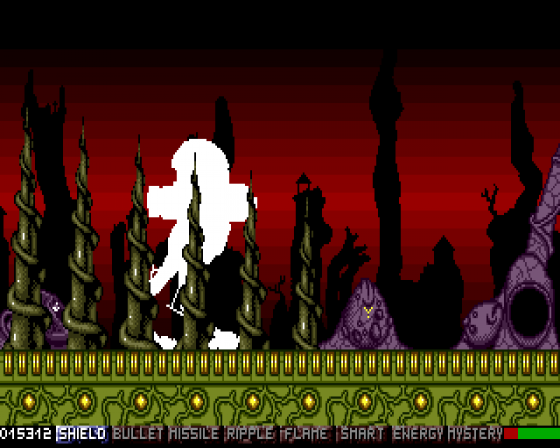 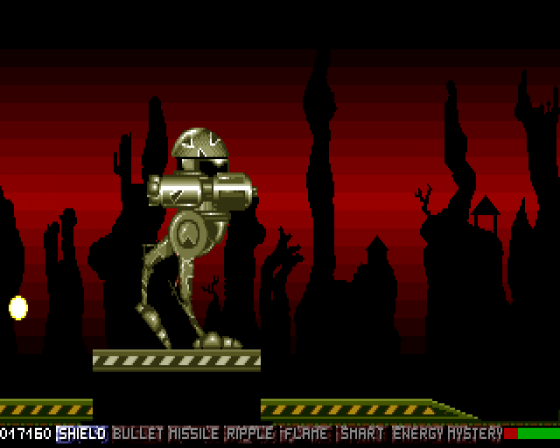