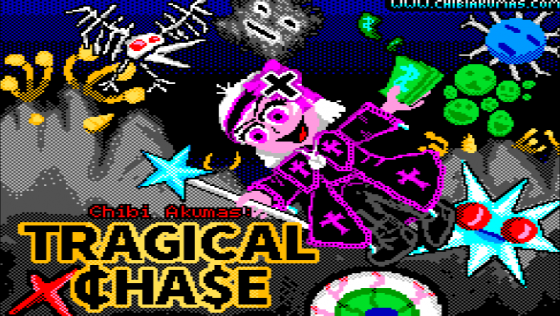 8-bit coding for Keith Sear only happened recently, within the past three years to be exact. It all started with the Amstrad CPC. A satirical humor, bullet hell shooter, called Chibi Akumas: Invasion. It was the second only ever bullet hell type of game to have appeared on the Amstrad CPC in its 34 year history (the other, Dragon Attack, was also released earlier in the same year, 2016). Since then Keith has released a sequel, Chibi Akumas: Confrontation, on the Amstrad CPC and has gone on to release Chibi Akumas on other 8-bit platforms such as the MSX2, the MSX Turbo-R +V9990, the Amstrad GX4000 and the Enterprise 128.

Keith hasn't just created games, he has also been very busy teaching others how to code and make games on just about any 8-bit system - 6502 or Z80 based, via his YouTube tutorial videos and Patreon backer special rewards. For the #8BITANNUALDEV contest, Keith has demonstrated his ability to code a game on three different 8-bit platforms. While he says that 99% of the game core is unchanged from the original V1.666 engine of Chibi Akumas and is basically a 'mod' on the original game. That's ok with us, as we acknowledge the time and effort that goes into any coding and consider his work to always be packed full of features, even this 'mod' is cool. Congratulations to Keith Sear on winning the Advanced Category of #8BITANNUALDEV 2018.

"Yume Yuusha" is in a pinch! After wasting a huge amount of money buying junk on internet auction site "C-Bay", she finally has all the collectable crap she could ever need... unfortunately she still has one problem... paying off the debts on all her credit cards! With financial ruin looming, and the threat of "Repossession" an impending dooming... Yume is forced to do the unthinkable... actually work for a living! Playing as Yume, you must help her defeat enough monsters on each stage, to earn the cash she needs to cover her debts before they become due, saving Yume from having to see her prized cartoon toys taken away by those mean and ugly debt collectors! 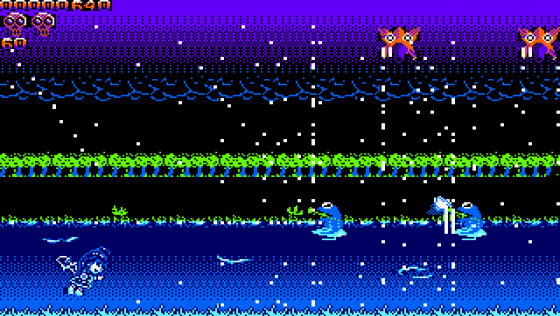 Tragical Chase is a multi directional game known as a "Wave Shooter", similar in regard to Space Invaders or Phoenix. Each Wave is completed when the player reaches the "Debt target" by collecting enough score. Each wave has a time limit, and a life will be lost if the time runs down to zero. Some special waves (Boss wave, and power up waves) do not require the target to be met, and will end before the time ends, or the debt target is met. The game has an infinite number of waves, as they will loop with ever increasing difficulty. The target of the game is just to see how long you can survive. Every fifth wave a "Crucifix" Power up will arrive, which will power up your fire (until maxed), and restore your hearts and smartbombs!

Ok so it's essentially the same game as Chibi Akumas, but it's still fun to play. It might only be a 'mod' but its still has features you won't see in many commercial games from years gone by. Imaginative opening movie like cut scenes and story line followed with a cool end of game screen. Left and right horizontal gameplay as well as up and down vertical gameplay. Plethora of enemies to shoot at. Power-ups and smart bombs, selecting if you wish to have in game continues when you die and how hard or easy to make the difficulty, so really, what's not to like?

Not enough smart bombs! Only three per life. The MSX version has red bullets while the CPC version has white, that has always bugged me with the CPC version having the same colour bullets as the enemy. I realize it's a small hate of mine but it makes so much of a difference to the CPC version of the game. Perhaps some end of level bosses for each level like in Chibi Akuam's 1 & 2, I loved those big boss battles, I think it would have been fantastic here but I understand coding takes time and I am sure Keith is busy enough. There are some boss battles just not as many as compared to the other games in the Chibi Akumas series.

It was a very close call on deciding who would win the advanced game category of the #8BITANNUALDEV contest. All three games of the advanced categories are shoot 'em ups, so essentially you have the same style game. Tragical Case edges ahead as the winner, due to it's humorous qualities, its cut scenes to involve you in the story, the release of the game on multiple 8-bit platforms, the smoothness in the gameplay, the shoot-'em-up addictiveness and the inclusion of its many features and its longer staying power of infinite number of levels.

Humorous, with several cut-scenes to involve you in the story... Smooth gameplay and shoot-'em-up addictiveness. 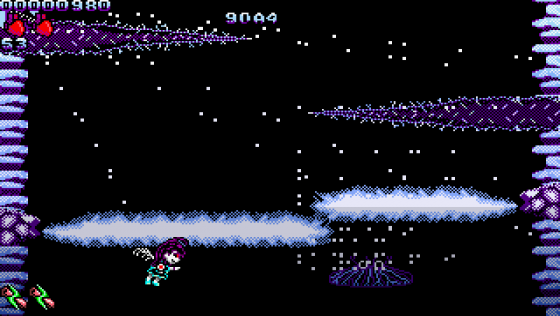