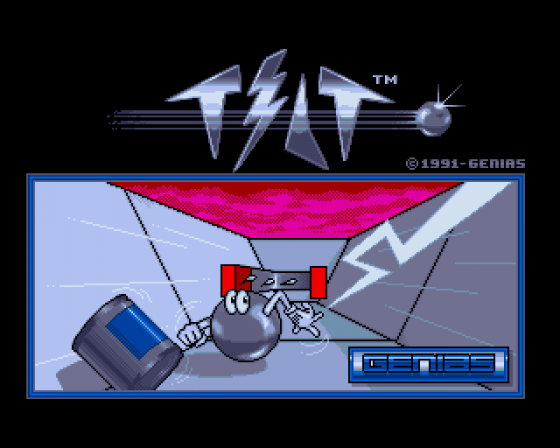 Whether a result of a sinister conspiracy amongst leading software producers, the conjunction of Venus and Jupiter or the price of tea in China, the country has suddenly become flooded with games called Tilt featuring balls rolling around mazes.

Well, two anyway. On the one hand there's Codemasters' offering, reviewed last issue, and on the other is the contender from wacky Italian company Genias. A showdown is inevitable, and, though it pains me to say so, the odds are heavily in favour of the Codies.

While the Codies kept true to their word, letting you 'tilt' the maze to steer the ball around it, Genias have you controlling the ball directly using up, down, left and right, Pac-Man-style. Let go of the controls altogether and the ball rolls round at random. However, to start with at least, there's no viable route from the maze's start to its finish. So, as well as manoeuvring the ball round obstacles, through teleporters and over bonuses, it's up to you to rearrange the tiles which comprise the maze by sliding them about. 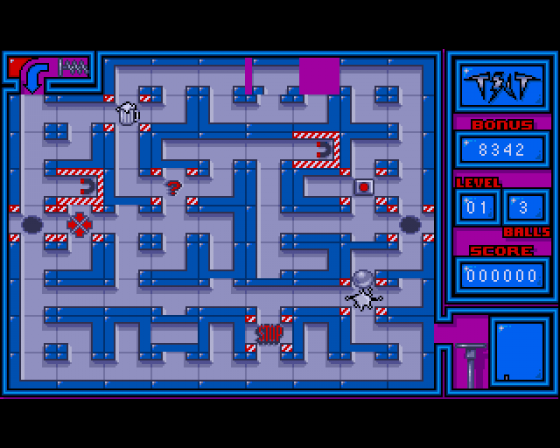 But sadly the anticipated manically-trying-to-keep-your-mind-on-two-jobs-at-once, battling-against-the-clock, gosh-isn't-this-addictive gameplay simply fails to materialise. Instead, once the novelty of the first few levels has waned, things reach a plateau and never really take off again.

It sounded promising, but I suppose you can never tell with puzzle games until you've sat down and written them.

A combination of nice idea and tidy programming that unfortunately doesn't 'gel'.

A combination of nice idea and tidy programming that unfortunately doesn't 'gel'. It sounded promising, but I suppose you can never tell with puzzle games until you've sat down and written them. 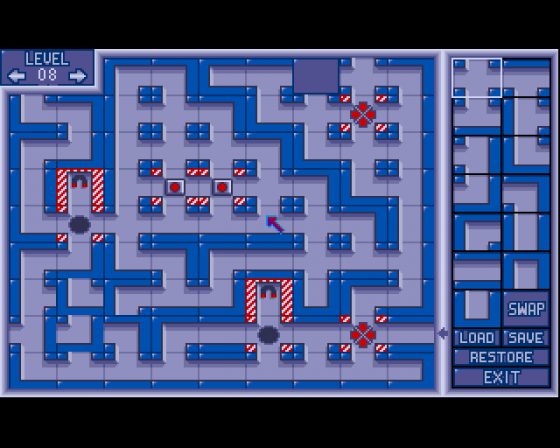