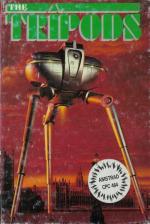 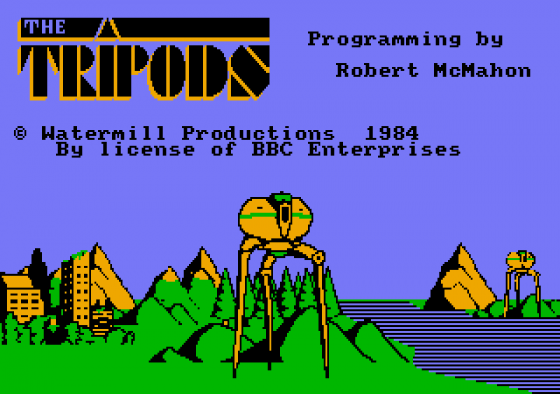 As its name rightly suggests, this is an adventure game based on the popular BBC television series. The aim is to avoid being seen by the Tripods whilst in search of the White Mountains in the South East of France. My first impressions of it were that it takes an awfully long time to load: about fifteen minutes in all. For those of you lucky enough to have the right cassette alignment, Side B of the cassette is 'Speed Load'. Having loaded the game successfully, I was pleased to find that up to four people can choose to play; which makes a nice change from those lonely adventures that we all get hooked on from time to time.

Recruits found, we were off on our travels. Each player started the game in good health, well-fed, high Tripod immunity, some move credits, some groceries and some money. There are a choice of sixports from which to commence the journey. We all chose the same port the one that looked nearest to the White Mountains on the enclosed map) since we had hoped to learn from each other's experiences.

On the journey you have to cope with the terrain, the weather and the Tripods. It is impossible to avoid any contact with the Tripods but the best course of action is to collect objects which will help if contact is imminent. If you are noticed by a Tripod your immunity to being 'capped' is decreased till eventually you are capped and the game is lost.

The keyboard controls are easy. Most of them are situated on the number pad, which meant that we did not have to keep referring to theinstruction booklet which so often happens with adventure games. The game could certainly be played by children with perhaps a little help with the on-screen prompts. Nevertheless all the actions were simple to follow and no actual typing of words was required. When an action is prompted a multiple choice of options appears on the screen from which it is possible to choose an option with just a single keystroke.

Unfortunately, the screen is rewritten each time an action is taken making the game a little slow, but the graphics and perspective are good. We particularly liked the approaching Tripods as they loomed larger and larger on the horizon.

Each player takes his turn after the end of a day's travelling and at the end of seven days a weekend rest is taken. At this point it ispossible to save the game for another evening which is essential if the task is to be successfully achieved. Unfortunately, neither of us quite made it to the White Mountains so I am unable to comment on the arrival that awaits you there.

If you like adventure games and have a couple of willing children to play with then this game is well worth looking out for.

If you like adventure games and have a couple of willing children to play with then this game is well worth looking out for. 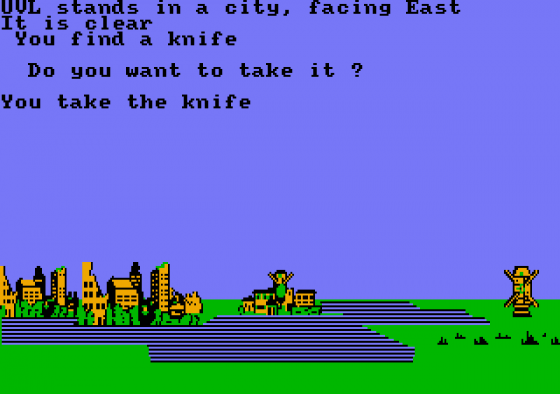