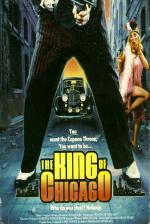 The King Of Chicago 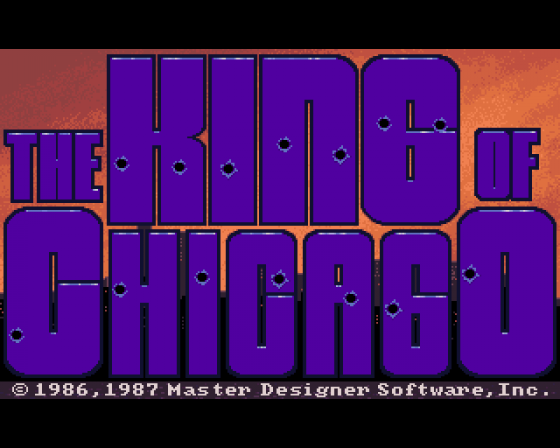 "You gotta do it right or wind up dead," one of The King Of Chicago's between scene messages reminds you, and that ain't easy in this game, buddy.

The King Of Chicago is an example of what publicity folk have taken to referring to as "interactive movies". Basically, what this seems to mean is that the game plays itself, and you're able to 'interact' with it, making decisions for the main character and thereby changing the storyline and influencing whether or not there's going to be a happy ending.

Sounds a bit dull, eh? But when you actually sit down to The King Of Chicago, for some stupid reason you'll find you just can't get up until you've reached the end, or rather, an end. 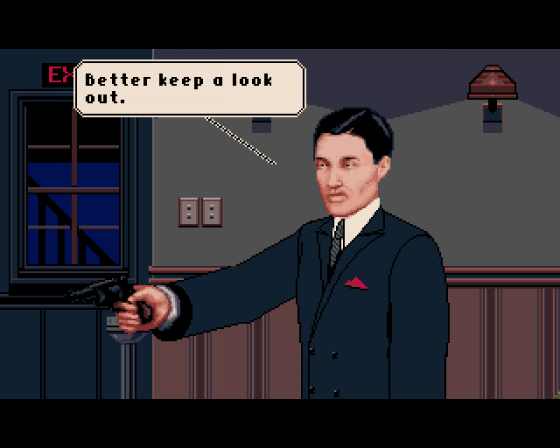 According to the promo material there are over one billion different ways to play The King Of Chicago, and, though I can't say I've personally tried 'em all, I'm prepared to take their word for it. This is a massive game - so massive, in fact, that you need to use not one but two Amiga disk drives to play it comfortably. Every time I sat down to play, I was faced with new scenarios and new decisions to make.

The main character, played by you, is an ambitious young hood by name of Pinky Callahan. You're from the Windy City's less powerful Northside, for years overshadowed by the Southside mobsters led by the infamous Al "Scarface" Capone. But now Big Al's been taken off the scene (for tax fraud) and suddenly Chicago's up for grabs. You want to be the next King of Chicago: so how you gonna get what you want?

Well, you're going to have to be ruthless, tough and real cunning. You've got to know who to trust, who to rub out, who to lean on and who to be respectful to. One of The King Of Chicago's most intriguing features is the way in which it forces you to make snap decisions based on your assessment of another person's character - and if you blurt out the wrong thing, you could wind up friendless, which, in Chicago, is a short step from a quick dip in a pair of concrete slippers. 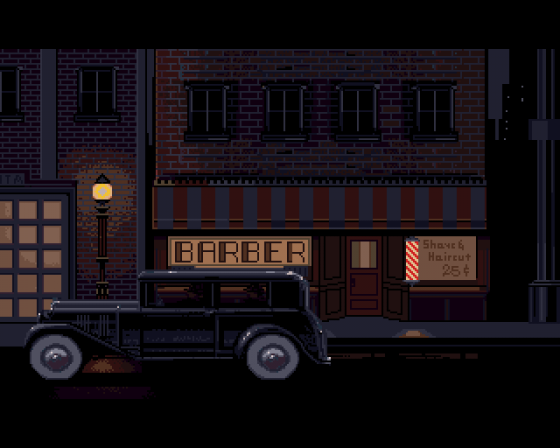 You make your choices by guiding your cursor - a fly (on the wall?) - to whichever of Pinky's impulses you think he should follow. These "impulse" bubbles (usually in twos or threes) crop up fairly regularly - and if you don't decide swiftly which one Pinky should go for the computer will make the decision instead. The decisions you're faced with range from whether you chould buy your moll, Lola, a new car, to whether you should plug someone straight away or wait a while.

The first step to be negotiated in your climb to the "throne" is the Old Man. This grizzled, cigar-chewing wrinkly has run the Northside for yonks, but has had little success against the Capone-led Southside. So should you just walk straight in and blow him away? Or should you first test the water via a discreet meeting - usually held in a seedy Gents' bog - with the powerful and perceptive Ben? And, if you do decide to talk to Ben, how are you going to get him on your side? One rash word and he'll clam up or, worse still, turn against you.

Then there's the bent politician, Alderman Burke - pay him off, or ignore him? Your girl, Lola - do you keep her sweet or treat her mean to maintain your reputation for toughness? Other members of the Northside mob - impress them with bravado and risk being shown up, or play it cool and hope that works? Each decision has a consequence, or, more usually, several, and each game you play unfolds differently throwing up a new relationship between you, Pinky, and those with whom you come in contact in your quest for number one spot. 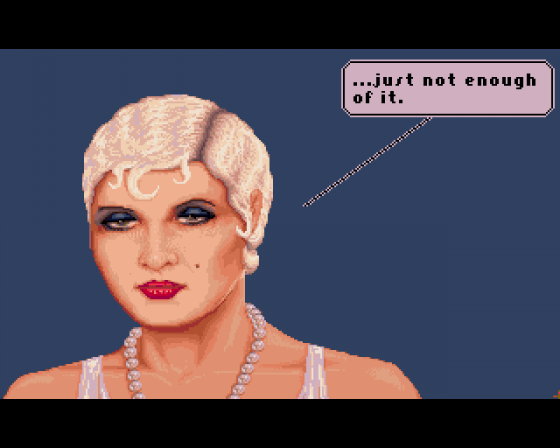 At certain points in the game, one of your decisions will lead you into a short arcade-style sequence. For instance, if you decide to waste the Old Man, you'll actually have to guide your cursor to a vital spot and press the Fire button. Move too slowly, or miss, and it'll be his turn and he don't usually miss! There's also a brief sequence when you have to try and guide a bomb from a moving car into one of the opposition's premises. These bits of arcade gameplay are clumsy and very simple - quite why they were included isn't really clear.

Indeed, all the movements that occur on-screen are pretty slow and unrealistic. The characters' mouths move when they speak - all text is text rather than digitised, by the way - and make occasional hand and head gestures, but the animation really seems to have been an afterthought.

However, quibbles about character movement swiftly pale into insignificance beside the brilliant achievements of much of the rest of the product.

The graphics are superb, amusing, incredibly detailed and painstakingly accurate in their historical details (check out the art deco lampstand in Alderman Burke's office!).

The soundtrack features some amazing digitised rinky-dink piano music which, against all the odds, manages to conjure up the atmosphere of speakeasies, fedoras and violin-cases.

But, most of all, it's The King Of Chicago's sheer playability that makes it exceptional. I defy anyone, even the most diehard shoot-'em-up fiend, not to enjoy The King Of Chicago's DIY stories. They're witty (just take Lola's response to Pinky's appeal for a bit of nooky: "You'll get your loving when I get the car!"), they're historically fascinating and they provide a brief, and useful, education in the tricky art of getting people to do what you want them to do. [Must have a go! - Ed]

The King Of Chicago

The graphics are superb, amusing, incredibly detailed and painstakingly accurate in their historical details ... But, most of all, it's the game's sheer playability that makes it exceptional. 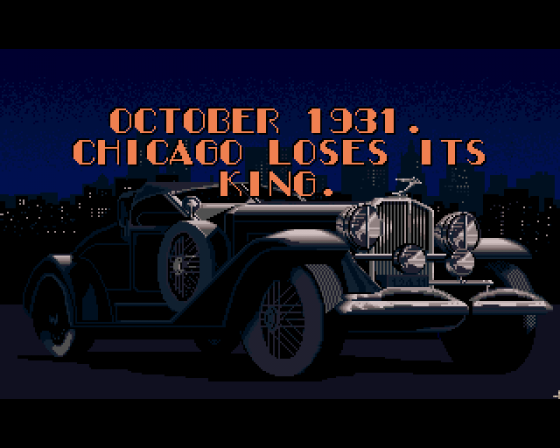 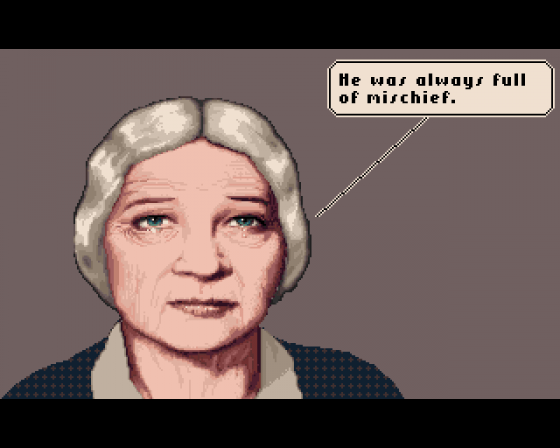 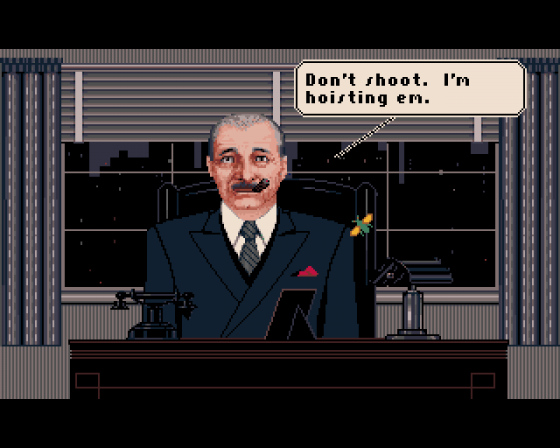 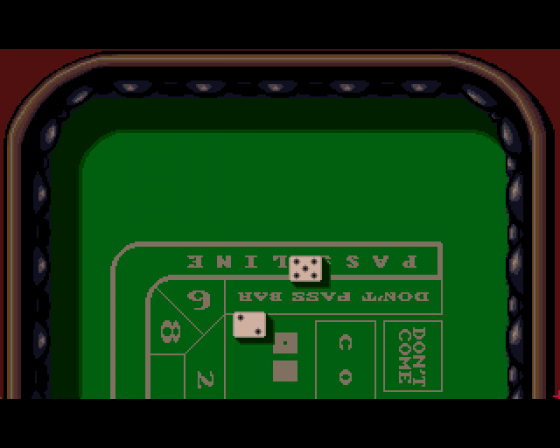 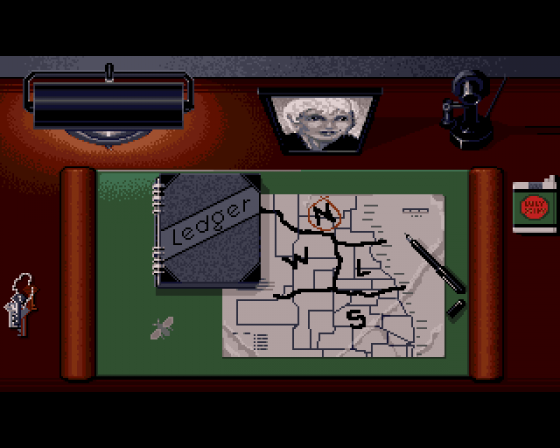 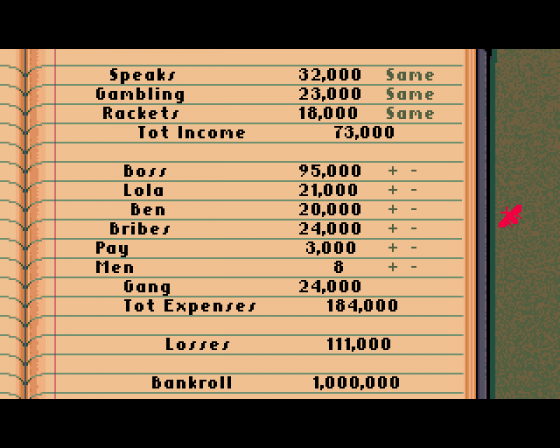