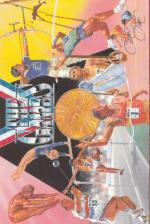 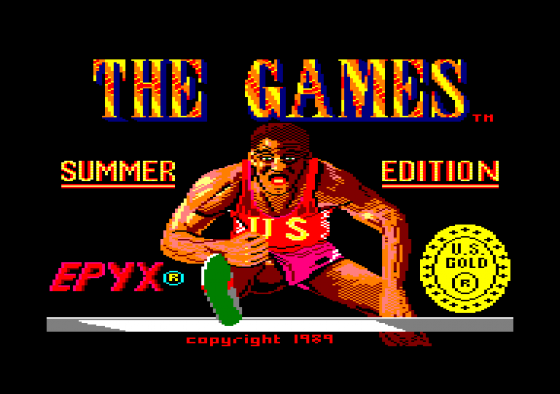 It's almost as exhausting as the real thing.

I remember the days when games of this ilk set joystick scurrying into the dark recesses of your room. Things have progressed a little from those arm-numbing, joystick-destructing days and now the sporting simulations rely more on timing and skill than brute strength.

Set in Korea, The Games offers you the chance to pit your skills in eight events against five fellow players. After the opening ceremonies have concluded you choose your controls and in which events you wish to either practice or compete. To practise you go to the village where the events are displayed for your convenience. 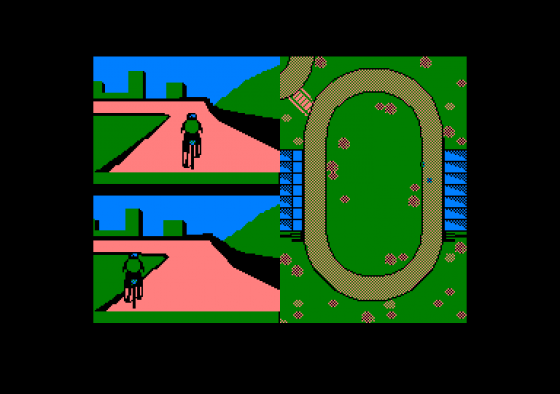 With the exception of the velodrome cycling, all events are played individually, the winner of the event being chosen by either the shortest time, greatest distance or the most points scored. In the cycling event a split screen shows the two cyclists from behind and an overview of the track showing player positions. Waggling the joystick up and down increases the speed of the cycle and moving the joystick left and right moves it on the track. Sideways movement is used to position yourself in your opponent's slipstream.

Two of the more unusual events are the rings and uneven parallel bars. Both have diagrams which indicate where and when to move the joystick for maximum points. Following the diagrams is a little tricky but basically it boils down to a waggle here and a move there and some really graceful gymnastics occur on-screen.

Yet more waggling with the hammer thrower. The faster you waggle, the faster he spins. If you manage to release the hammer so that it goes down the field the view changes. You then see the hammer travelling towards you on its world-beating journey.

The pole visit also uses the head-on view. As you see your man running towards you, you must move the joystick in time with his feet to gain speed. Once at the bar it is a question of pushing up and flicking the wrist at the correct moment. It is easy on the lesser heights but practice is needed for the greater feats.

You all remember the hurdles. Waggle as fast as you can but hit the fire button to clear the obstacles. Unlike other versions of this event, hitting a hurdle puts you out of the race as you tumble headlong to the ground.

Archery is always fun, more so when there are a few rich people around to rob. After the animated sequence showing the bow being drawn, you aim the sights, add a little compensation for the wind and let fly. Three shots to achieve the world-shattering score.

Finally there is diving. As your man launches from the board you must guide him through a series of twists and turns and ensure that he enters the water smoothly. Until your diver hits the water the pool looks empty, which can be a little disconcerting.

This game will not tax your brain cells but it is well-presented and it has a few good touches here and there. A good example of its ilk.

This game will not tax your brain cells but it is well-presented and it has a few good touches here and there. 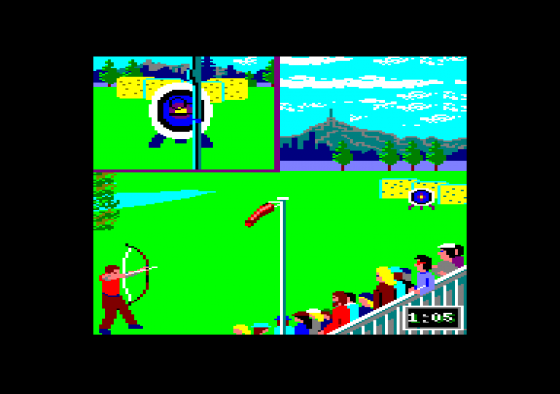 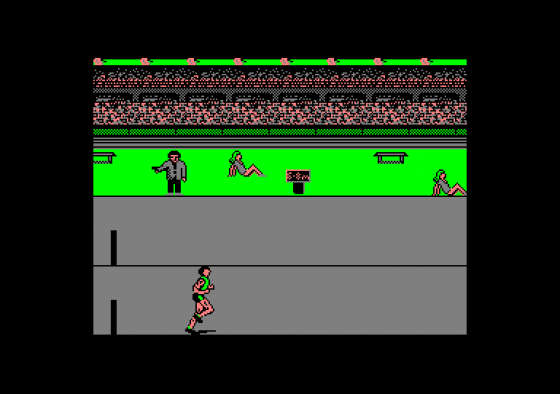