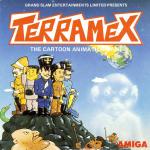 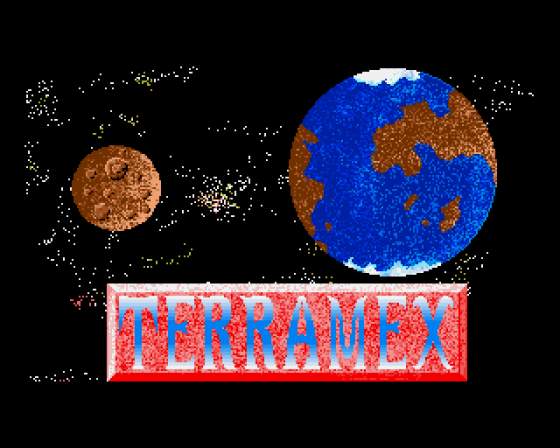 Arcade adventures of the 'explore terrain, avoid the nasties and collect strange objects' genre have come a long way since Jet Set Willy, and Amiga versions can display a remarkable amount of detail and solidarity to the characters and items within a game.

Terramex is just one such example. The playing strategy is good old platforms and ladders, but clear bold graphics and a pervasive sense of groansome humour make it a pleasure to play.

The plot goes like this: an asteroid is hurtling towards earth, and only Professor Eyestrain can deflect it. Mission: find Eyestrain, who is holed up in the desert somewhere and hasn't been seen for twenty odd years. You can choose to 'be' one of five characters to go off in search of the Professor, and if you find him, to get the right bits and bobs to put his asteroid deflecting machine together. 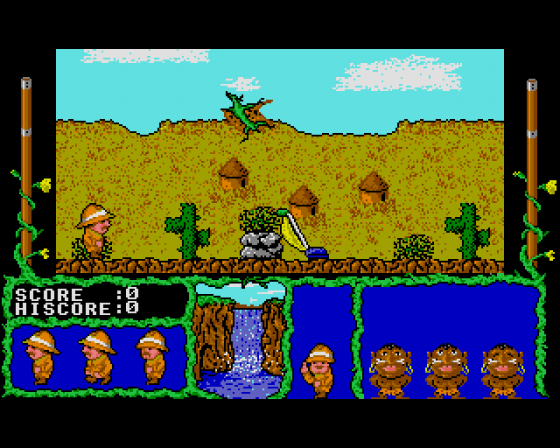 You'll need to use plenty of other objects found strewn along the landscape simply in order to get about; a vacuum cleaner which enables you to fly certain screens, a flute which will charm otherwise deadly snakes; a political manifesto which will power a hot air balloon (manifesto... full of hot air... geddit?).

Don't worry about not being able to carry all this stuff, an army of bearers lugs it along behind you. To use an object, scroll through your bearers to get the object you want closest to you, and then swap items with him. A considerable amount of lateral thinking is required, however, to match each object to its correct purpose.

Thanks to the large, clear graphics, you don't have to spend time trying to puzzle out what the objects are meant to represent, before you can begin guessing how they might be used. The picture design is of a bold, cartoon caricature style, rather than attempting anything sophisticated, but no less pleasing for that.

For all that, Terramex is good fun, though the humour is extremely corny, and it certainly isn't easy, what with the object manipulation puzzles to chew over, pterodactyls, cloud droplets, man-eating plants, reptiles and the like around to pulverise you.

Good fun, though the humour is extremely corny. 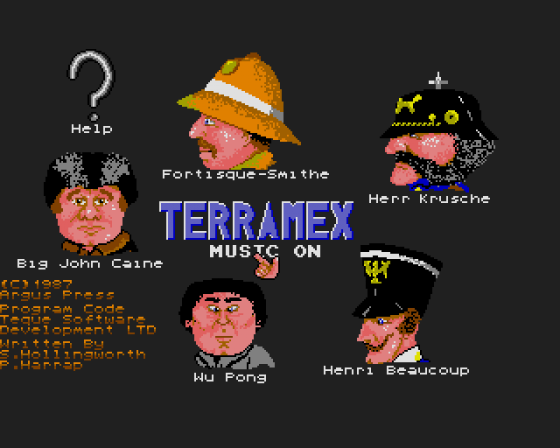 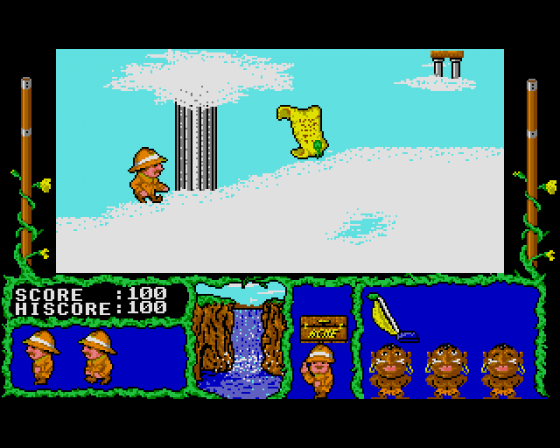 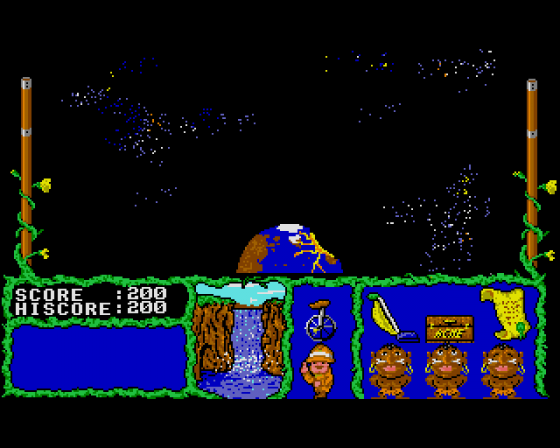 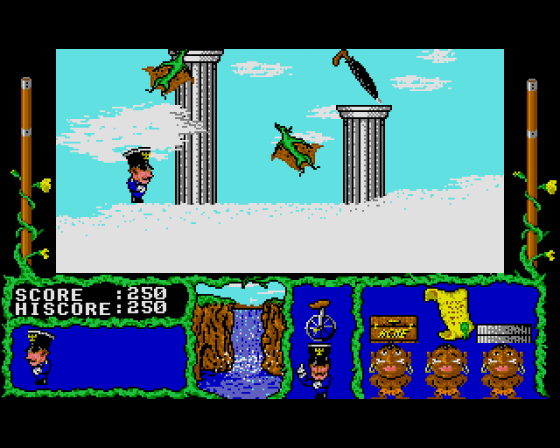