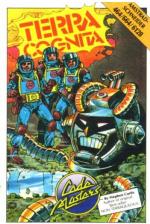 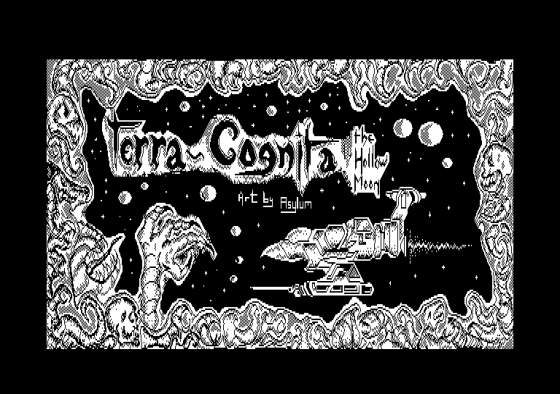 With a blaze of publicity Code Masters has appeared, throwing boasts of imminent greatness. Also thrown up was Terra Cognita, the first game I've seen from this source. So let's have a look-see.

Far into the future, on Krion (as in for krion out loud? Sorry. Do carry on), a remote barren planet orbiting a dying sun (cor, atmospheric or what? What, I think!), three mining engineers encounter the remains of a Warrior Robot. Mining engineers being what they are, one kicked the head, just for fun. And the head began to speak.

It told of (they always "tell of", never just "say"...) a terrible tale of mankind's destruction of Krion. And then the ground beneath the hapless trio began to vibrate, and the rest of the Robot hove into view. All of it. And the rest, of the planet's defence system, now renovated and hungry for revenge, appeared from the aeons-thick layer of dust. 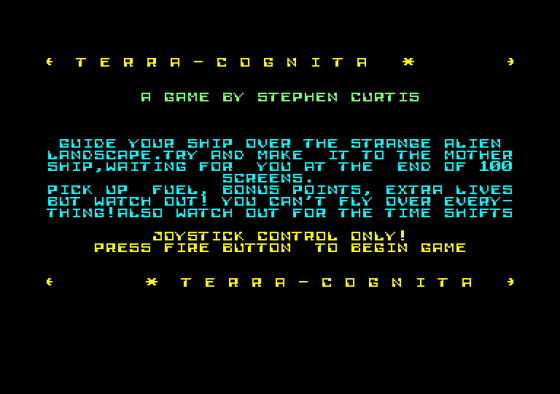 The miners decided that hanging around there was not particularly conducive to continued good health, and raced for their scoutship, intending to leave forthwith. But the planet-wide fortress was having none of this. As the tiny scoutship sped off its landing place, force beams sprang up everywhere.

And there are wave after wave after wave of droids (perhaps you thought that droid derived from android, meaning man-like in appearance, as opposed to robot, which can be any old shape. So did I. But apparently not. These droids are just lumps of death-dealing metal. Oh well).

Against these machinations, you have your photon laser beam (is there any other kind of laser?). Not to be confused with a Futon Laze-er beam, which is a lump of wood Guardian readers sleep on, This (the photon, not the futon) smashes the spaceships into a thousand pieces, but does not autorepeat. Tush. 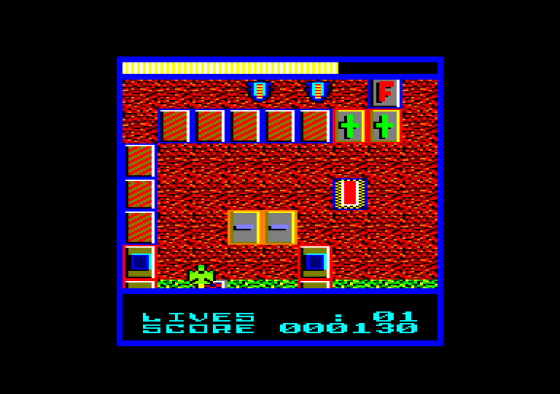 As you fly over the surface your proton drive uses fuel. But, of course, there are family-sized bags of fuel just lying around on the surface, waiting to be picked up. Grab one of those, and your problems are over for the moment. Running out of fuel is too horrible to contemplate.

As befits an advanced scoutship way in the future, you can travel at any one of three speeds (I had a bike once with three speeds ..). Dehyped proton drive is one, known to the non-scientific as slow. Then there's standard proton drive, medium to you chuck. And finally, there's Warp Drive. Go on, guess. That's it. Fast. But anything other than medium can only be sustained for a short length of time.

And then there's the time shifts. Just like snakes in snakes and ladders, these drop you back to the beginning again. What fun. At the end of this terrible torment of twisting terrain lies your mothership and safety. Bet you won't make it.

Zap! Zap!! Dodge to the left, pick up some fuel. Veer right, on to the bonus... and die miserably. This could have been quite a good game (I always enjoy zapping aliens, baddies and any other nasties that cross my path), but why oh why did CodeMasters only give the poor mining engineer (that is, me) only one life?

I know they promise you can pick up more en route, but I was too thick to find any. Still, not bad it rather grows on you, and you can't stop playing it till someone rips the joystick out of your hands.

My sore fingers belie my addiction to shoot-'em-ups and the Konix Speed King. Terra Cognita is an ideal budget game - no brains, all blast. The graphics suit Mode 0 and the scroll is pretty smooth.

You need to learn some of the routes and avoid dead ends, although losing a life in this way can often he negated by picking up a bonus. I thought that a wall all the way across the screen was a bit mean. This is very moreish, and a creditable start for CodeMasters.

Another repeat epic, this time from the person who brought the world Non Terraqueous, in which you travel forwards over a scrolling landscape, shooting at oncoming aliens and avoiding ground-based installations.

Not only does it sound familiar, but it plays familiar as well. If I said Lightforce yes, I thought so. But this lacks that certain something. The graphics are shoddy, and the game not well thought out at all.

The descending nasties are completely lacking variability, and there's not much in the way of graded difficulty either. Just having one life at the beginning (though you can get more) is another annoyance. If you want a shoot-'em-up, get a good one. And this ain't it.

The graphics are shoddy, and the game not well thought out at all. If you want a shoot-'em-up, get a good one. And this ain't it. 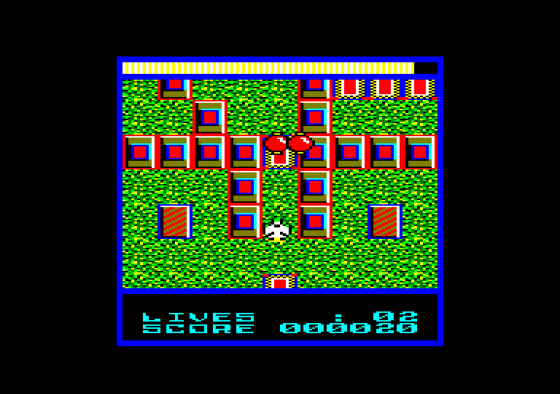