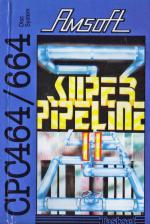 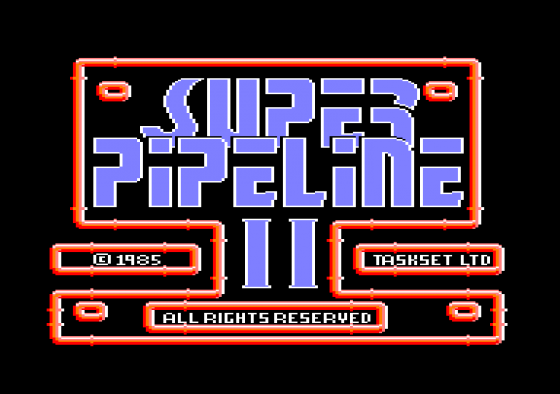 Taskset produce some very original software, Jammin' was a program like no other,and they have lived up to their reputation by producing "Super Pipeline II". Here you have an everyday task and are faced with everyday hazards. A plumber may not be everyone's idea of a super hero, but playing the part of a plumbing foreman you have to protect a complex of pipes and fill some barrels. Being a foreman means that you don't actually do the work - instead you have two workers to mend the broken pipes for you. As you climb around the network of pipes you must intercept and recruit the workers. They will follow you around the pipes until you reach a leak. One worker will then fix the hole. It is a shame that both workers cannot be set to work on one hole to finish it twice as quickly.

The hazards include the usual bits of plumber's paraphernalia. Early sheets start slowly with electric drills, the odd brace and bit, and other sundry obstacles, To start with there are not many holes to be fixed, as the game progresses the pipes seem to get weaker. The number and ferociousness of the implements increases.

To aid you in protecting yourself and your workmates you have a gun. This destroys most of your foes and is best kept permanently firing. As the foreman you have the statutory three lives, the two workmen on the other hand have infinite lives, this means that a tame worker can be used as a shield against encroaching trouble. Not very good for worker/management relations but useful for making the game last a bit longer.

Particularly nasty creatures include the blue lobster. This can only be shot as it moves away from you. To counter this, the best position to stand in is at the junction of a loop. As the lobster approaches you, and your men, can run around the loop and turn the beast into seafood salad. Worse than the lobster are the nails. These cannot be shot, the only course of action here is to run away.

Super Pipeline II is a very addictive game; each time you play it you are desperate to finish one sheet more than last time. The music is quite jolly and short cartoons when you finish each task add a finishing touch.

A very addictive game... The music is quite jolly and short cartoons when you finish each task add a finishing touch. 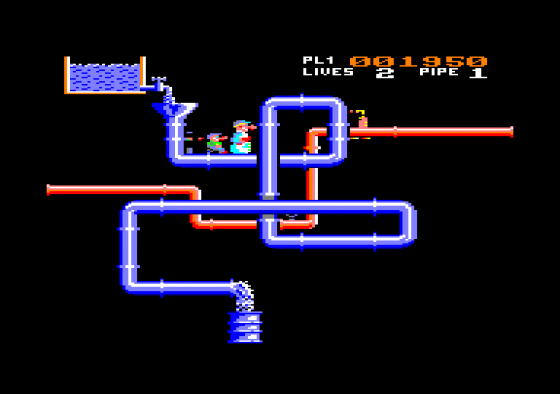 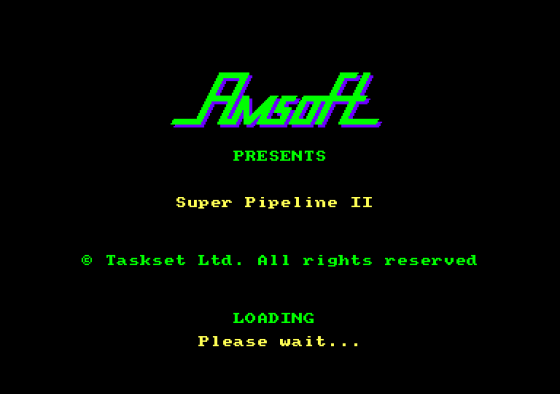 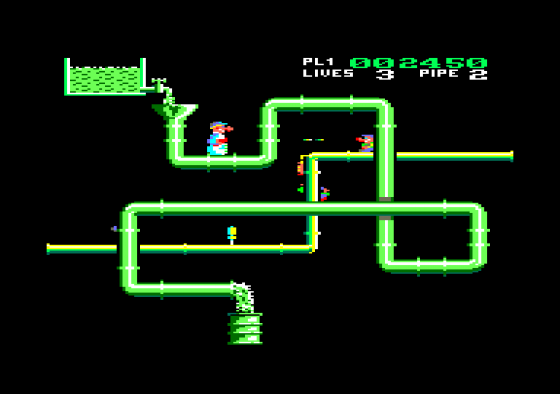 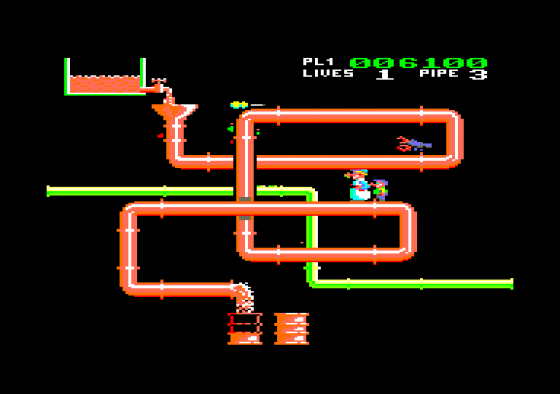