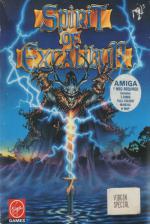 A medieval tale of chivalry (and slow disk access) 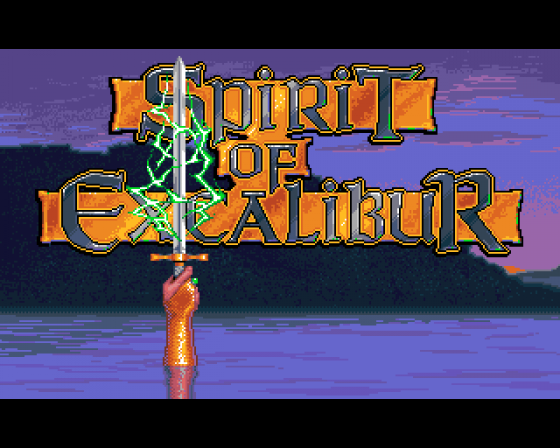 Oh dear. They certainly don't seem to treat kings like they used to. Take that Arthur, for instance - ruler of all England, bearer of Excalibur, loved by all... or so you might think. "Not so," say Virgin. In fact, his power base was so tenuous that on his death everything fell apart quite rapidly. Lord Constantine was next in line for the throne, but lacking the muscle of Arthur, and without Lancelot's help (who was too busy serving penance for getting a bit friendly with Guenevere), the power of Round Table all but dissolved. And that's where you come in - armed with a sword and your wits, you play Lord Constantine on a mission to claim your rightful place at Camelot.

Thankfully avoiding the temptation to re-tell the story of King Arthur yet again, Spirit Of Excalibur manages to conjure the same atmosphere, use many of the characters from the legend, yet still be fresh and original - no mean feat. Splitting Constantine's story into five sections gives realistic goals to achieve, which range from taking the throne and recruiting knights to tracking down Lancelot and finally defeating Morgan Le Fey (King Arthur's evil half-sister). At the same time everything is presented very nicely indeed.

In fact, with its sixteen screen map of Arthurian Britain and numerous graphical interludes, it looks like the sort of thing Cinemaware might come up with if they produced a role-playing kind of game. Unfortunately, the similarities don't end there, for the most striking thing about Excalibur is its speed. There isn't any. It's no good trying to produce a sprawling tale of heroism and chivalry if it takes nearly twenty seconds simple to talk to a character. The disk-swapping is bad enough, but the access time is truly appalling. 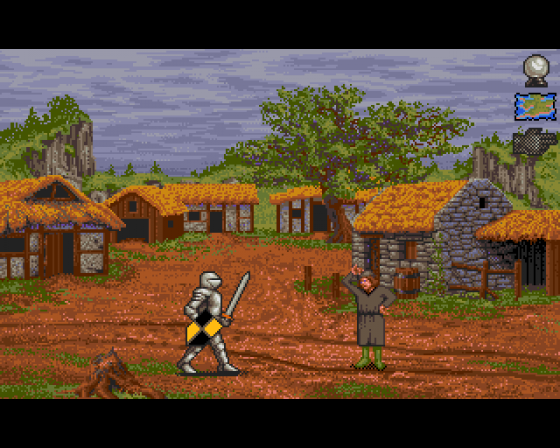 It's a shame that the whole thing moves so slowly, because in many ways it really is quite enchanting. Suitably medieval music parps away to itself, while screen backgrounds are lavish affairs, with elegant abbeys and towering castles providing eye-pleasing backdrops to the action. Even the fight scenes are handled competently, with both one-on-one combat and larger scale conflicts between armies allowing an agreeable amount of player interaction.

Spirit Of Excalibur has so many things going for it. The strategy and role-playing bits work well, and close up action compares with games such as Defender Of The Crown, albeit with greater depth. It's just that the whole thing comes across as badly bodged together, the sum not being equal to the parts. A shame.

Pretty, but unless you are prepared to make several cups of coffee while each sequence loads, forget it.

Pretty, but unless you are prepared to make several cups of coffee while each sequence loads, forget it. 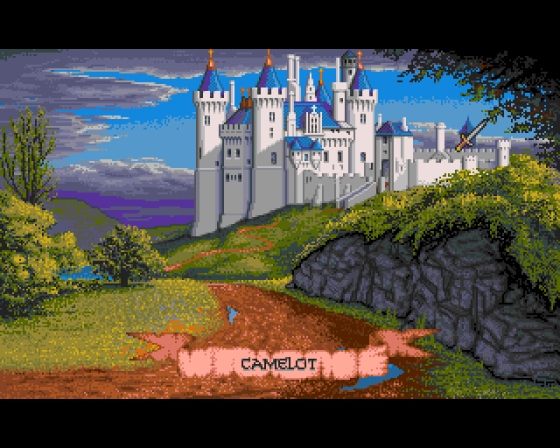 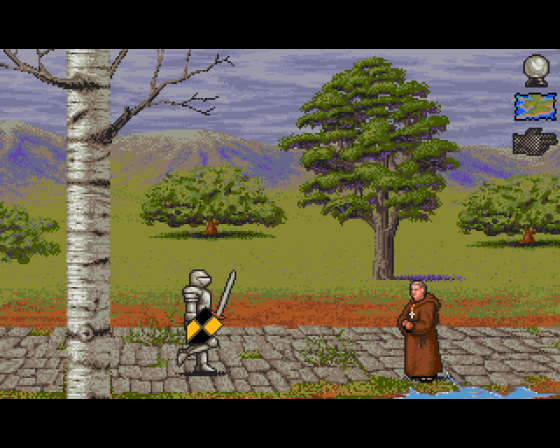 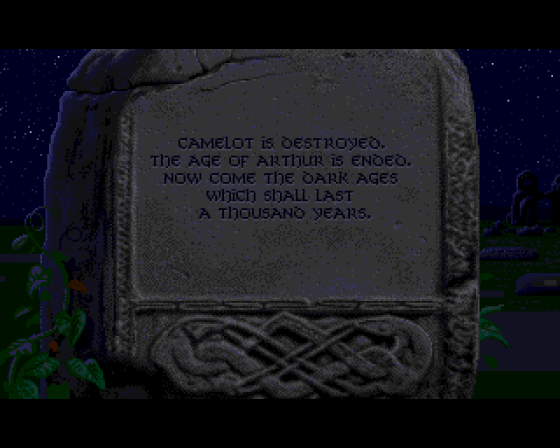 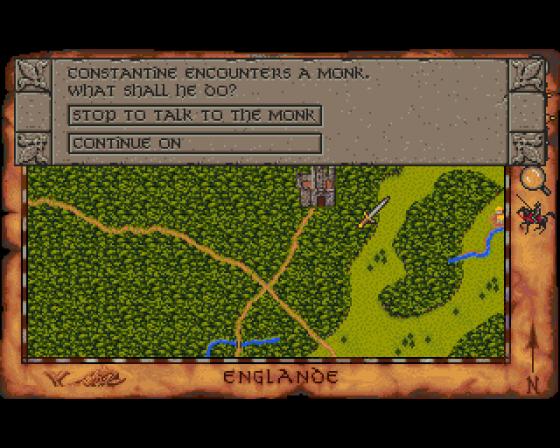 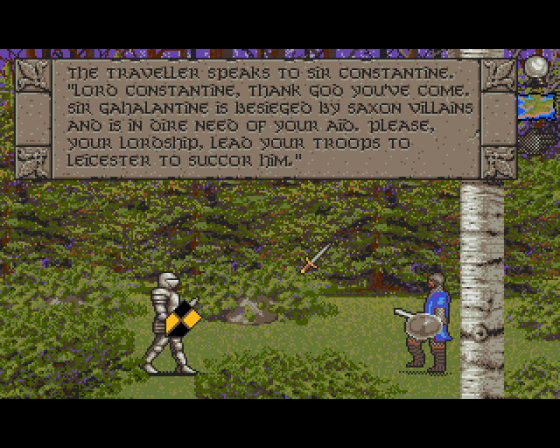 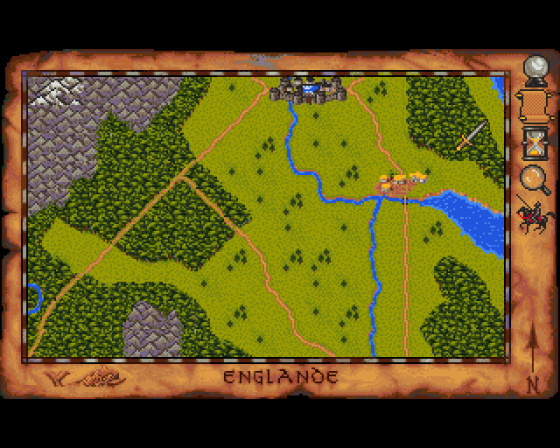 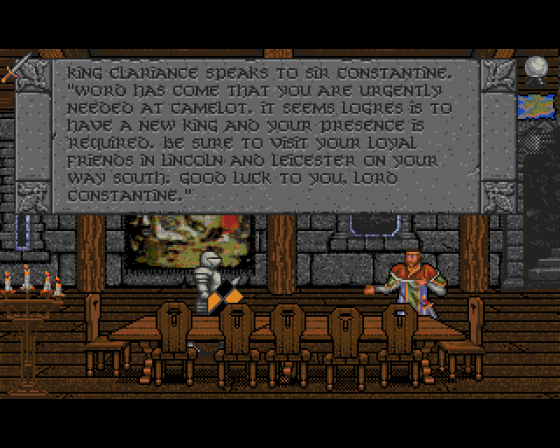 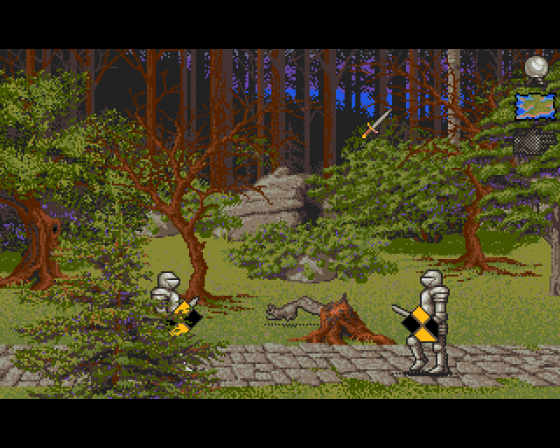