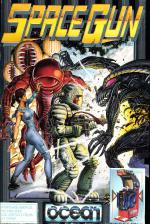 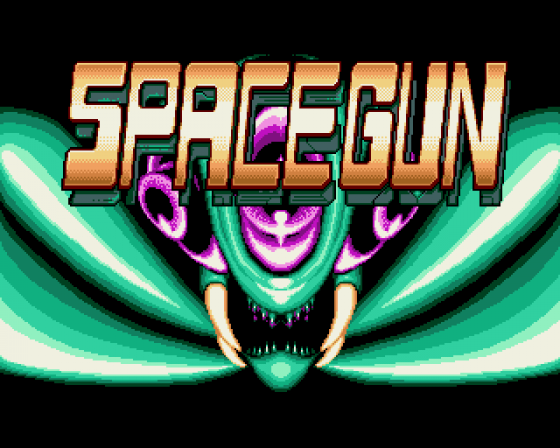 Oblique title or what? Still, there's nothing I love more than a nice bit of computer simulated violence, especially when it involves several thousand reptile creatures, plenty of power=ups and - yes! - the chance to use the Trojan light phaser, Space Gun is not what you'd define as complex. The computer moves your character around (i.e. side to side, down, up and into the screen) a network of space-station corridors. Several thousand aliens attempt to maim and kill you (the bloodied claw-marks left on the screen are a nice touch), while you simply move a cross-hair around (unless you're using the lightgun, in which case you're firing purely by aim) taking pot-shots at the aliens, shooting power-ups and attempting to free hostages.

What does strike me as a little odd about this release is the fact that Ocean are about to release Operation Thunderbolt on their much cheaper budget label. Which would be alright if Space Gun was the better game. It isn't. So:

Thrill as another monster gets burned with the flame thrower. Chill out as the freeze gun is used to make reptile lollipops. Spew up as the scythe power-up takes the bad guys out limb by limb. Save the hostages, or shoot them in a fit of utter evilness. Wonder why the game is so limited. Compare it to Operation Thunderbolt, and think that maybe it would be a better bet going for the budget option. Ponder on why they decided to convert such an average arcade game in the first place. Sleep as the gameplay gets just a bit repetitive, despite the end-of-level baddies, and swanky 3D bits. Cry as you try to fill out a review on such a simple game. Phew. I think I made it.

Despite being Line Of Fire with aliens, Space Gun isn't bad. But Operation Thunderbolt is probably the better game.

Despite being Line Of Fire with aliens, Space Gun isn't bad. But Operation Thunderbolt is probably the better game. 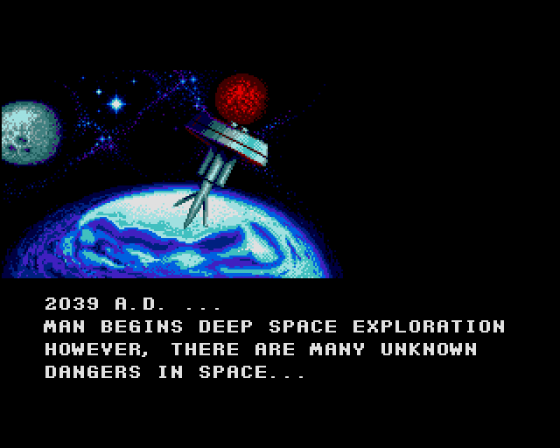 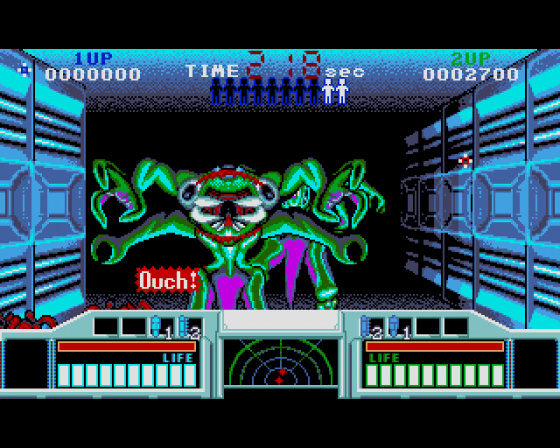 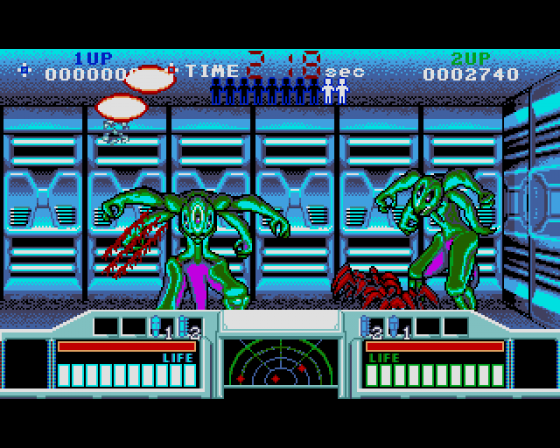 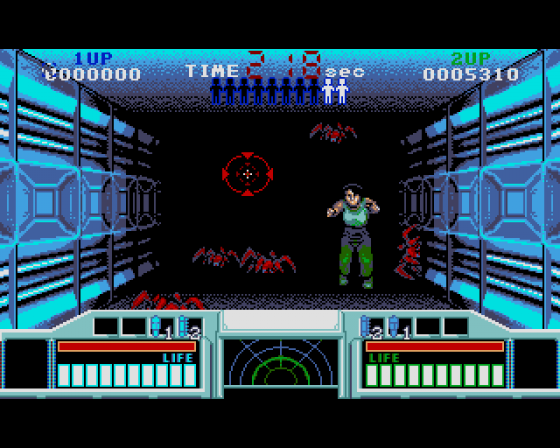 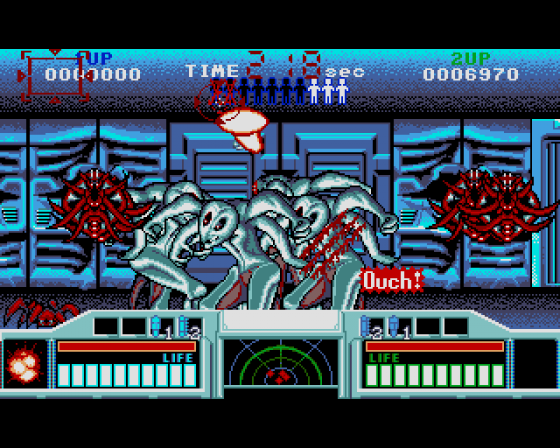 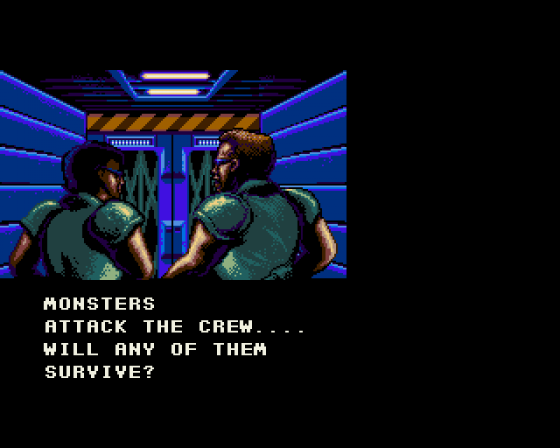 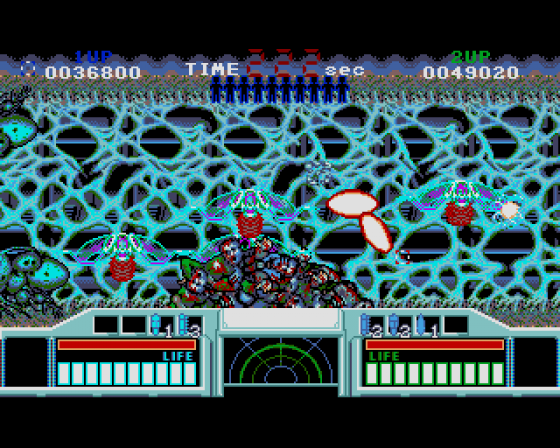 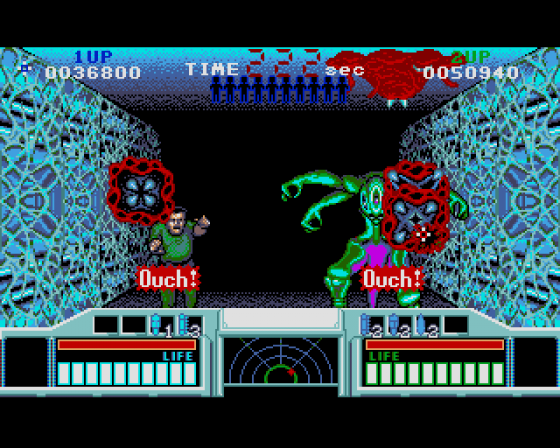 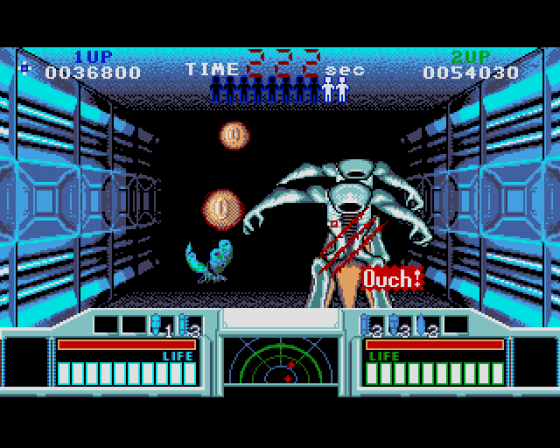